A woman said that she was charged and received purchases she did not make from Amazon. 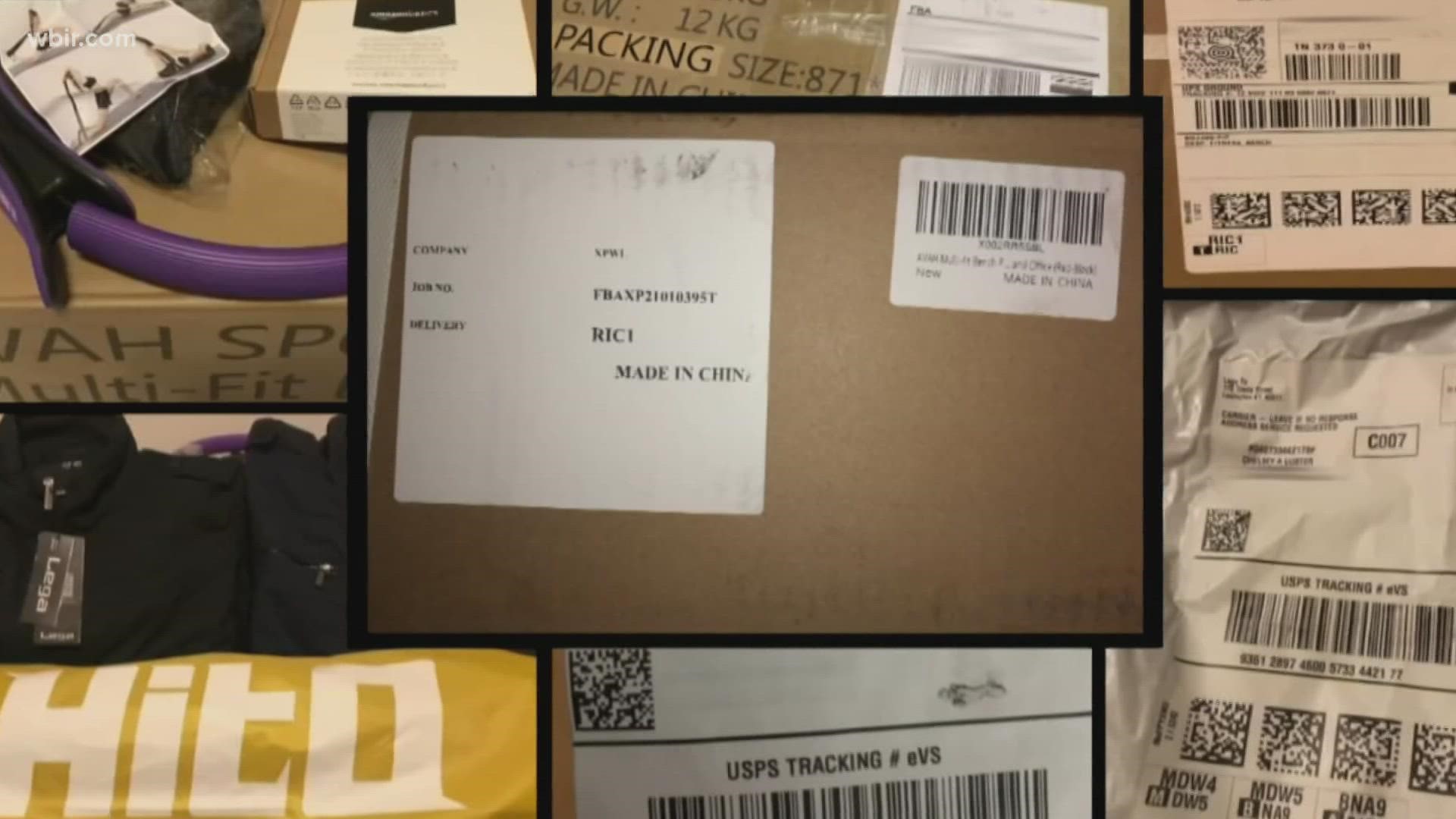 NASHVILLE, Tenn. — First came the Amazon package with a weigh bench inside.

Then, another Amazon delivery, this time with 9-volt batteries.

And the Amazon packages kept coming; clothing, workout gear, all addressed to Chelsey Luster in Athens, Tennessee, and all paid for through her bank account.

Except Luster didn’t order any of it.

She is now the second Tennessean found by News4 Investigates who had a second Amazon account set up using their name, address and bank account or credit card information, but without their permission. The team who investigated the incident is from a sister station with WBIR.

“People should understand this could happen to anybody,” Luster said.

The first high-profile case of a second Amazon account being created was revealed in the case of Dr. Michelle Fiscus, the former top vaccine expert in the state, who claimed that a fraudulent second Amazon account was created in her name and sent a dog muzzle to her state office while she was facing controversy over COVID-19 vaccines.

Amazon then confirmed that a fraudulent account had indeed been created without her permission.

Luster admits, when she first heard Fiscus’ claims that a second Amazon account in her name was responsible for sending the controversial muzzle, she had trouble believing it.

Then she received the Amazon packages and saw her bank account was being charged.

“(An Amazon representative) finally told me there was a second account with my credit card number, with my name and my mailing address,” Luster said.

Luster said she disputed the charges with her bank, but because she had so often ordered from Amazon in the past, she said she was told that there was no proof she hadn’t ordered the packages.

She said her bank refused to refund the money.

News4 Investigates repeatedly emailed and spoke with a public relations representative for Amazon, asking if there is a breach in its security systems.

None of the questions were answered, and the spokesperson issued a statement that read, “We have addressed the customer’s issue, refunded their charges, and taken action on the accounts in question. We proactively prevent the use of stolen account and payment information in our store regardless of where bad actors obtained them. We recommend all consumers, whether or not they are Amazon customers, take precautions to protect their personal information and have some tips for doing that in our Help Pages here."

In an additional email, the spokesman wrote that Amazon's systems are secure.

This week, Luster received an email from Amazon confirmed that unauthorized purchases were made and that company would be refunding her for all the charges.