Trace Adkins, country music star, spoke about the loneliness of addiction and how to overcome it 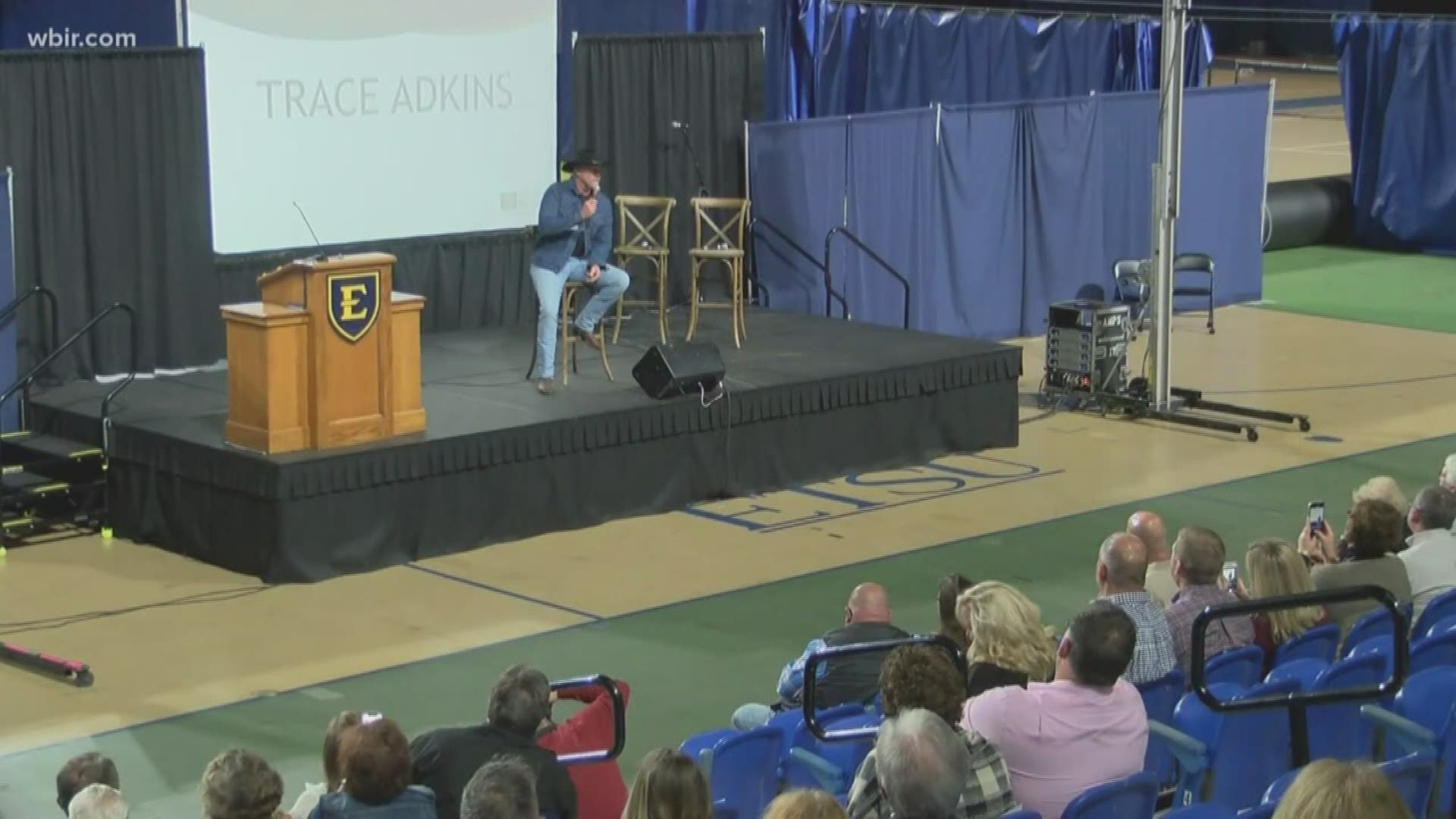 JOHNSON CITY, Tenn. — Frontier Health is fighting the stigma surrounding treatment for addiction and mental health issues, and they are doing it through stories.

“It’s an extra challenge that’s put in your way, but it can be overcome,” he said.

Adkins encouraged others to seek help as he described his decades of alcoholism.

“Really, looking back, there are actually years in my life that are pretty fuzzy,” he said. “I can’t really remember them.”

The tendency toward alcoholism runs in Adkins family. Early in his music career, he would play in bars and challenge others to drink more than he could. That was until friends and family stepped in, and Adkins agreed to rehab.

“You feel very lonely at first until you find out there’s a whole lot of people in the exact same boat you’re in,” Adkins said.

That loneliness is what the event aims to end. Adkins was one of several people sharing their stories of addiction.

“We’ve been seeing more and more individuals seek help, which is awesome,” Frontier Health President and CEO Kristie Hammonds said. “Before, I think people were a little concerned with the stigma associated with that.”

Adkins understands that worry. His addiction is not something he usually talks about.

“Maybe my story will help somebody else,” he said. “That’s really what it’s all about.”

He hopes people come away from his story realizing they can overcome too.

“That old saying, it’s trite but it’s true: what don’t kill you makes you stronger. You know?”

Stigma Stops Now also serves as the biggest fundraiser of the year for Frontier Health.

If you need help with addiction or mental health, contact Frontier's crisis hotline at (877) 928-9062 or visit frontierhealth.org.

This article originally appeared on WCYB.com