ORNL geneticists say these discoveries are big for cancer diagnoses, and eventually prevention. 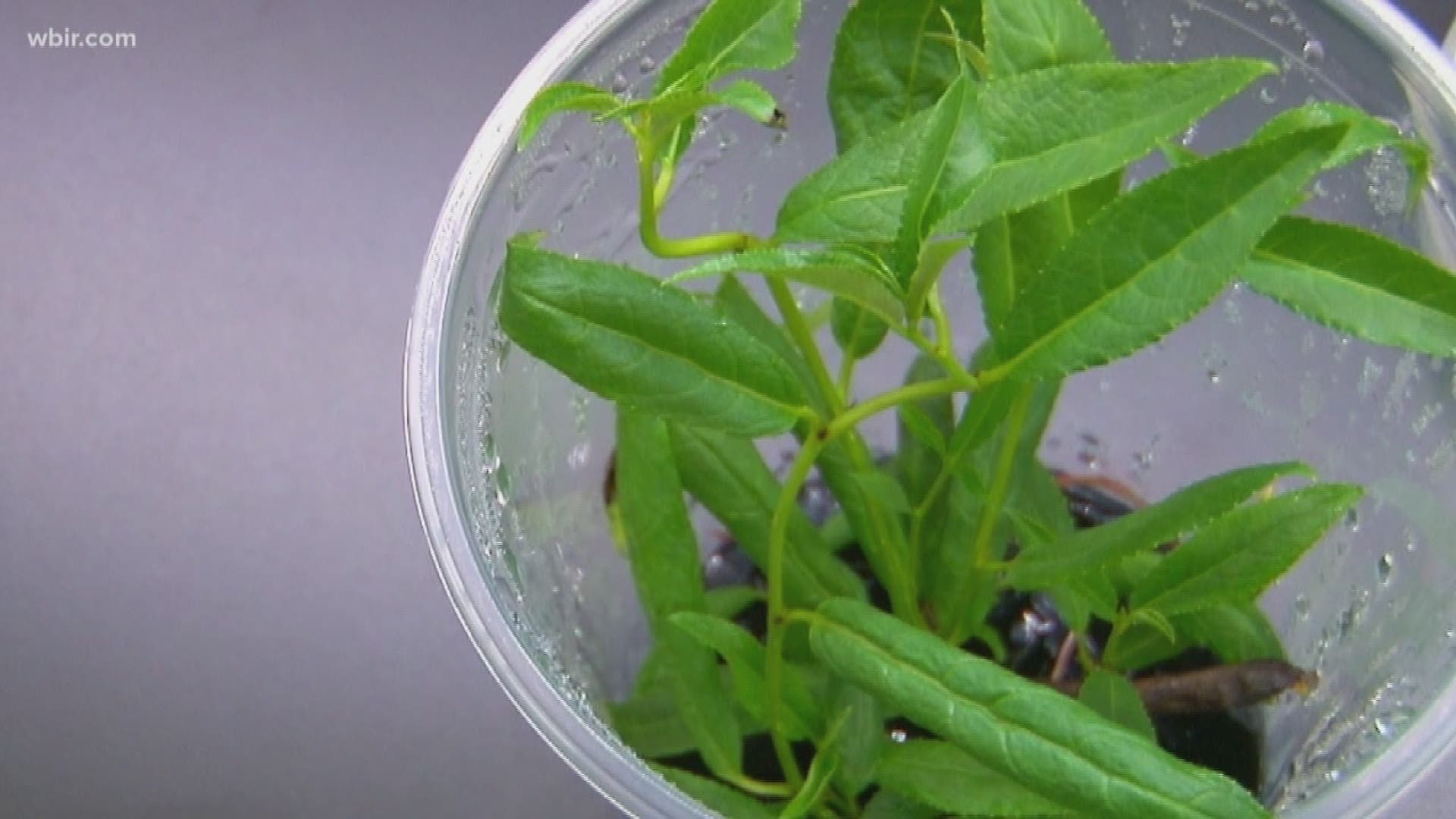 OAK RIDGE, Tenn. — Inside small poplar tree samples at Oak Ridge National Laboratory is what scientists believe could predict if someone will get cancer.

Geneticists at ORNL started looking at poplar trees as a way to create better renewable resources.

That species was chosen because the trees grow so fast.

Along the way, they saw that the tree's DNA responsible for forming growths was identical to the genes in humans that form cancerous tumors.

"We found that those basic instructions that tell a cell how to behave in specific stages are exactly the same in the plant cell and the human cell," said lead geneticist Wellington Muchero.

When cells start acting out of order, tumors grow. That's great for the poplar tree, but not so great for humans.

The similarities between the two species genetically are nearly identical.

"We were able to link it to breast cancer and testicular cancer in humans," said Muchero.

Scientists were also able to link skin cancer and glucose regulation between poplars and people.

"We can do a lot more experiments in plants than we can do in humans," said Muchero.

"Can we test tumor suppressing chemicals or compounds or therapeutic targets and see if we can stop that process in plants before it's even tested in humans," said Muchero.

These discoveries are big for cancer diagnoses, and eventually Muchero hopes prevention.

"Can we tell an individual ahead of time that they carry a DNA mutation that predisposes them to a developmental condition or a cancer of some sort," he said.

That's something he's working on now.

Muchero, a plant geneticist, is reaching out to human geneticists for their help in continuing the research.

"They can profile humans and start predicting who's predisposed to what kind of cancer," he said.

There's still a lot more research to be done, and Muchero said new discoveries are made constantly.