If things move forward as expected, Miller, 61, would be the third man put to death in 2018, although his attorneys are still fighting delay the execution. 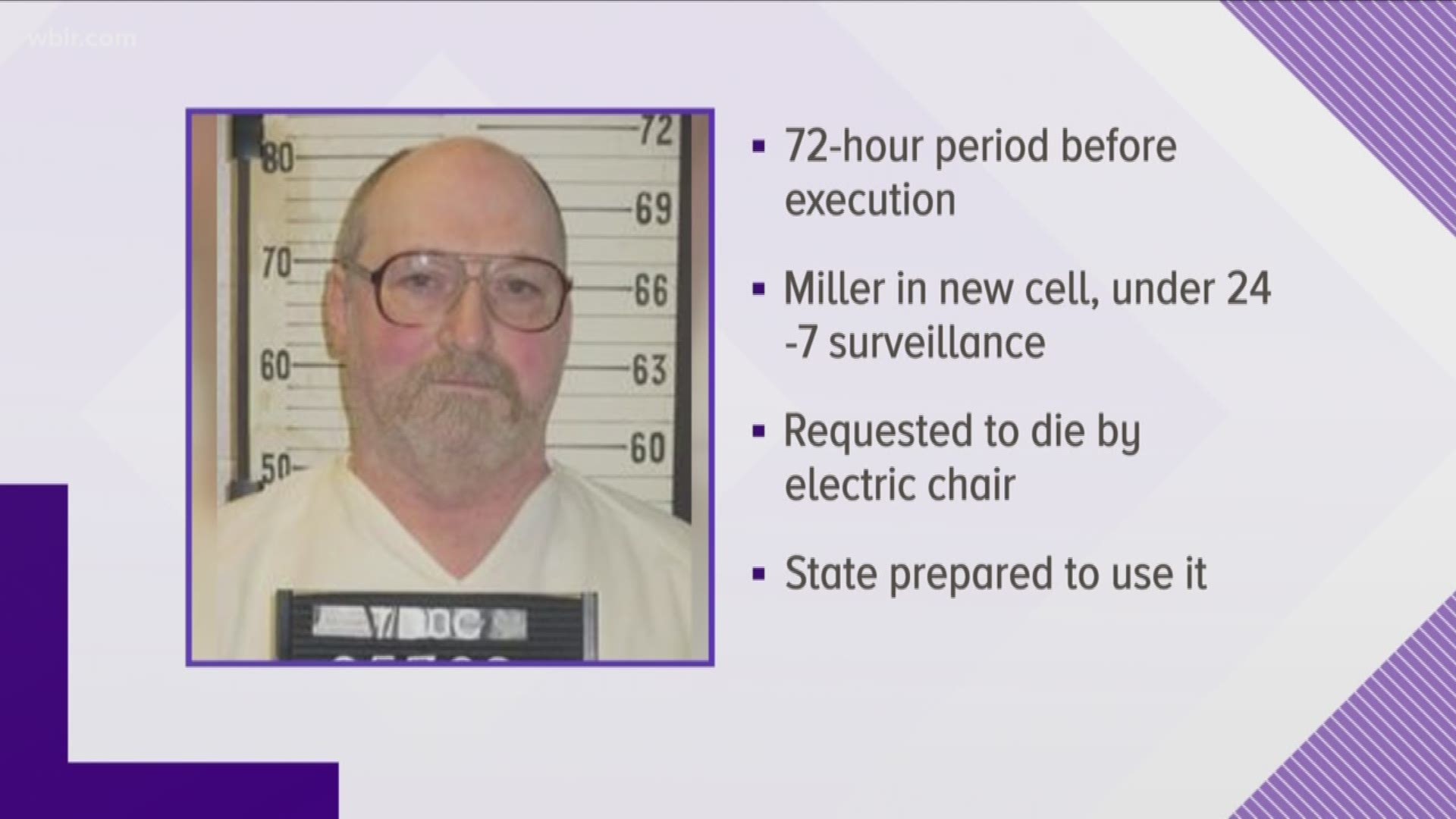 Tennessee death row inmate David Earl Miller has been moved into a cell next to the electric chair days before his scheduled execution.

The Tennessee Department of Corrections announced the move Tuesday, as preparations for Miller's execution continued. The new cell is part of Miller's "death watch," a period of time within 72 hours of an execution, when an inmate is under 24-7 surveillance and other heightened security measures.

Unless a court or Gov. Bill Haslam intervene, Miller will stay in the new cell until he is put to death Thursday night. Miller, 61, has told prison officials he wants to die by the electric chair.

Inmates can choose the chair over lethal injection if they were convicted of a crime that took place before 1999. The chair was used last for the execution of Edmund Zagorski on Nov. 1.

State officials said they are prepared to use the electric chair.

Miller's execution seems likely to move forward - his legal options are dwindling, with long-shot requests for a stay pending before the U.S. Supreme Court. Gov. Bill Haslam has not commented on Miller's request for clemency, but the governor has not stopped previous executions.

Miller was sentenced to death for the 1981 murder of Lee Standifer, 23, in Knoxville.

If things move forward as expected, Miller, 61, would be the third man put to death in 2018, although his attorneys are still fighting delay the execution.

Miller's legal team is still trying to delay his death, although their options are dwindling.

His legal team has asked the U.S. Supreme Court to delay his death while the justices consider a separate lethal injection case. That request is pending. Courts rejected similar arguments for postponing Edmund Zagorski's execution in November.

Miller is one of four death row inmates suing in federal court asking Tennessee to use a firing squad rather than lethal injection or electrocution.

The judge, in that case, said executions could move forward while that challenge is pending. The 6th Circuit Court of Appeals similarly declined to delay the execution while the suit is in court. Miller's lawyers have appealed this issue to the U.S. Supreme Court.

If preparations move forward as expected, Miller will be moved out of his cell on death row and into a cell next to the execution chamber for a three-day period known as "death watch."

Last-minute intervention from the courts or the governor could still delay the execution at any point during death watch.

Preparation for the electric chair

Miller has chosen to die by the electric chair. Tennessee used the chair last month to execute Zagorski.

Here is how staff will prepare Miller for death by electrocution on Thursday, according to state documents/