Among the 11 arrested, five were arrested Saturday night. Police say protesters forced their way into Lynn Family Stadium and blocked roadways near the Big 4 Bridge. 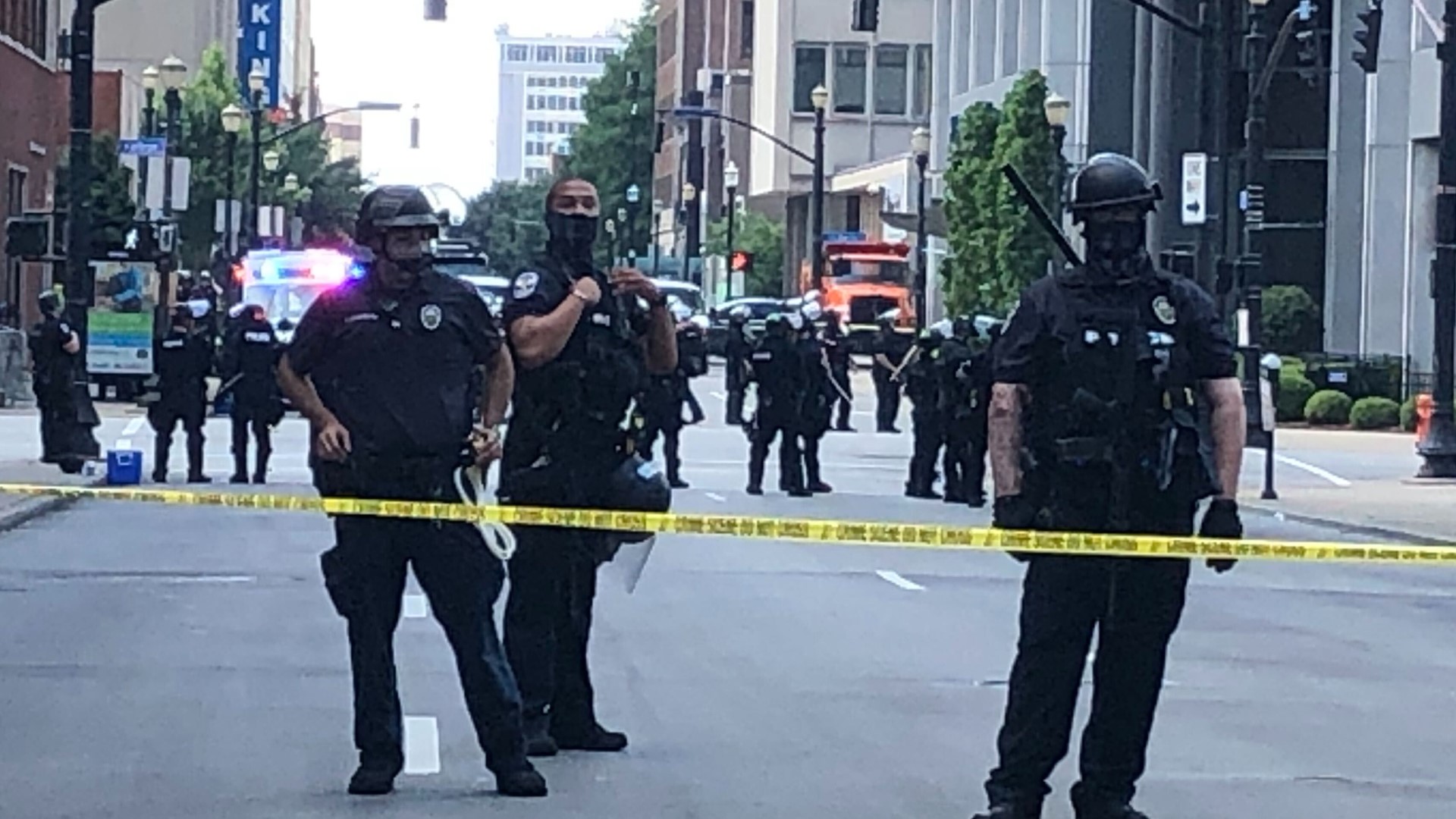 LOUISVILLE, Ky. — According to LMPD, 11 people were arrested in relation to the protests that took place in Louisville July 25. Police say six were arrested during the day and five more were arrested Saturday night.

Protesters on foot at the scene throw bottles at the police and three were arrested and face several charges. The charges include Interfering with a Governmental Operation, Fleeing and Evading 1st Degree, Wanton Endangerment 1st Degree, and Obstructing a Roadway.

Following an order to disperse from police, protesters near the bridge began to walk towards Jefferson Square Park.

In a statement, LMPD Public Relations Officer Lamont Washington said, "For the most part, we have seen peaceful protests. However, we have experienced a lot of violence and chaos from those hiding behind the right to peacefully assemble and using it as a platform to tear up and destroy our city."

Washington went on to say, LMPD supports everyone’s rights to peacefully protest and that police will protect that right.