10 Rising Hearts: Boy donates proceeds from a comic book he made called Corona

A 7-year-old in Tennessee helps people in a nursing home who live 5,000 miles away 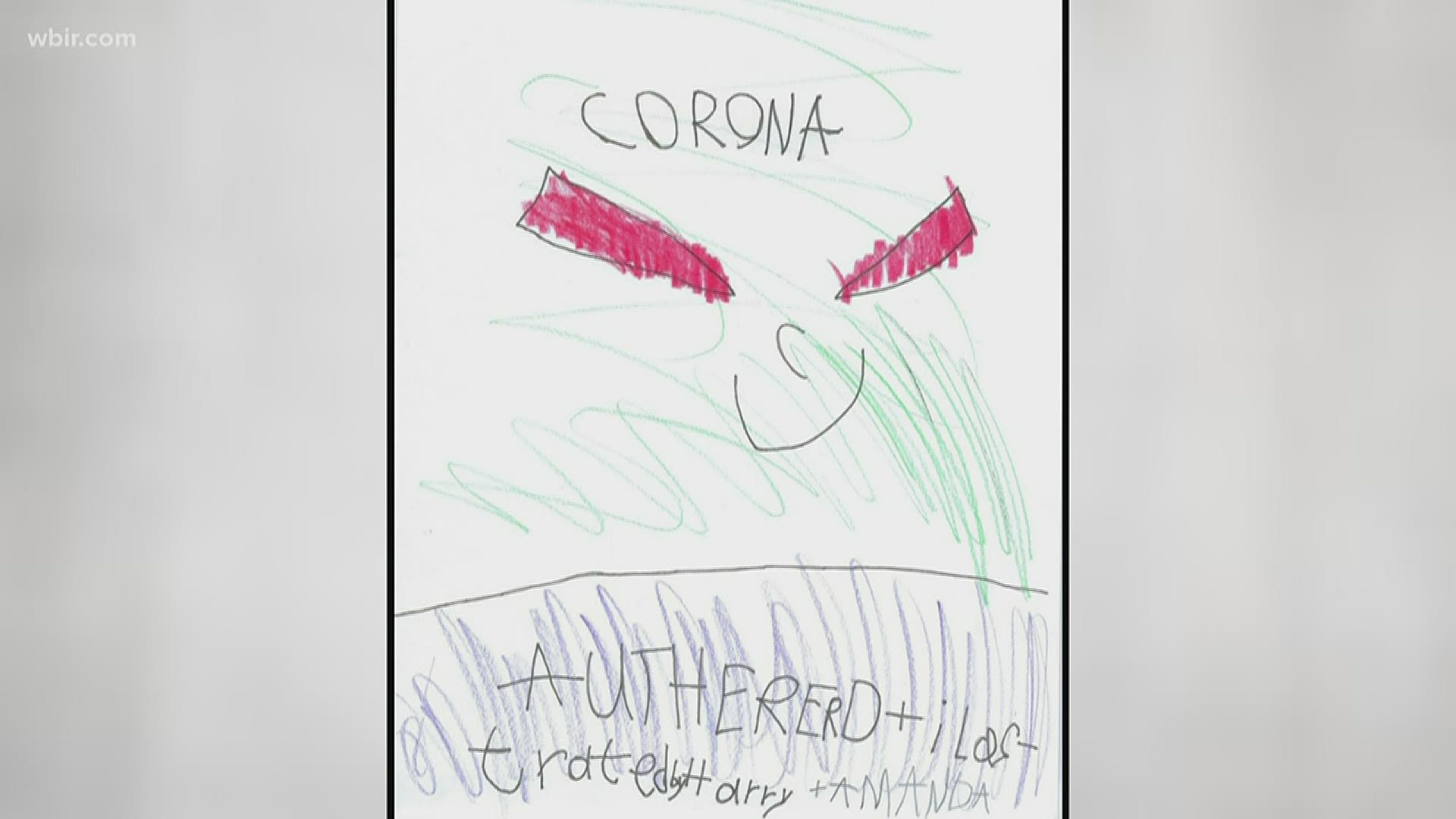 The best technique is to not draw it and then just color it but see if you need to change anything and then you color it," he said.

"The moral of the comic book is we think that if everybody works together we can defeat the coronavirus," he said.

He based the characters on real people. His aunt who is a respiratory therapist inspired another super hero character. The hero is named Harry and can see the future. And there's even a character who seems a lot like his baby sister, Anna Clark.

Credit: Amanda Hughes
Some of his characters are based on real people like his baby sister

"One of my favorite characters is this character I call Super Sis. Apparently, she's my sister in the comic book. And she has super strength and a force field to keep the people safe in their homes  because you really feel safe when there's a baby at your house," he said.

His mom, Amanda Hughes, explains the connection between a comic book created in Clinton, Tennessee and a town in Italy called Asiago.

Amanda's brother and sister-in-law, Gigi, were married there last September. Gigi's family is from Asiago.

"Harrison heard all about how beautiful Asiago was and how nice the people were there. And it's a small mountain town kind of like Clinton where we're from. So we just feel a really special connection to Asiago," she said. "When Harrison heard that they were struggling with the coronavirus and that three members of my sister-in-law's actually family passed away during the COVID-19 pandemic then he felt really, really sad and wanted to help Asiago."

"Thousands of people died in Italy. Like they are having a lot of trouble," he said.

He decided to sell digital copies of his comic book for a dollar and send the proceeds to a nursing home in Asiago. You can order one by emailing his mom at Amandaaoaks@gmail.com

Credit: WBIR
Amanda Hughes is proud of her son and his giving heart

"The nursing home doesn't really have that much money and it can't really buy the tools that it needs to fight the coronavirus," Harrison said.

He finished his Corona comic book last Friday, May 15, and has already made $595.

The money is appreciated.

"We received a letter from the president of the nursing home in Asiago where the money is actually being wired. He was very impressed and said that all the people in Asiago are very grateful for Harrison and very proud of him to have such a giving heart at such a young age," Amanda said.

He is a young boy using his talents to help people a world away.

"Thinking of others and being creative and having a giving heart I don't think that anything is going to stop him," Amanda said.

RELATED: 10 Rising Hearts: Student turns her passion for dance into a ministry

RELATED: 10 Rising Hearts: student scoops ice cream and serves it with a spoon full of love