Here's how to see Dolly Parton's new Netflix series before it drops!

Dollywood is hosting a film festival of Dolly's new Netflix series on Wednesday. 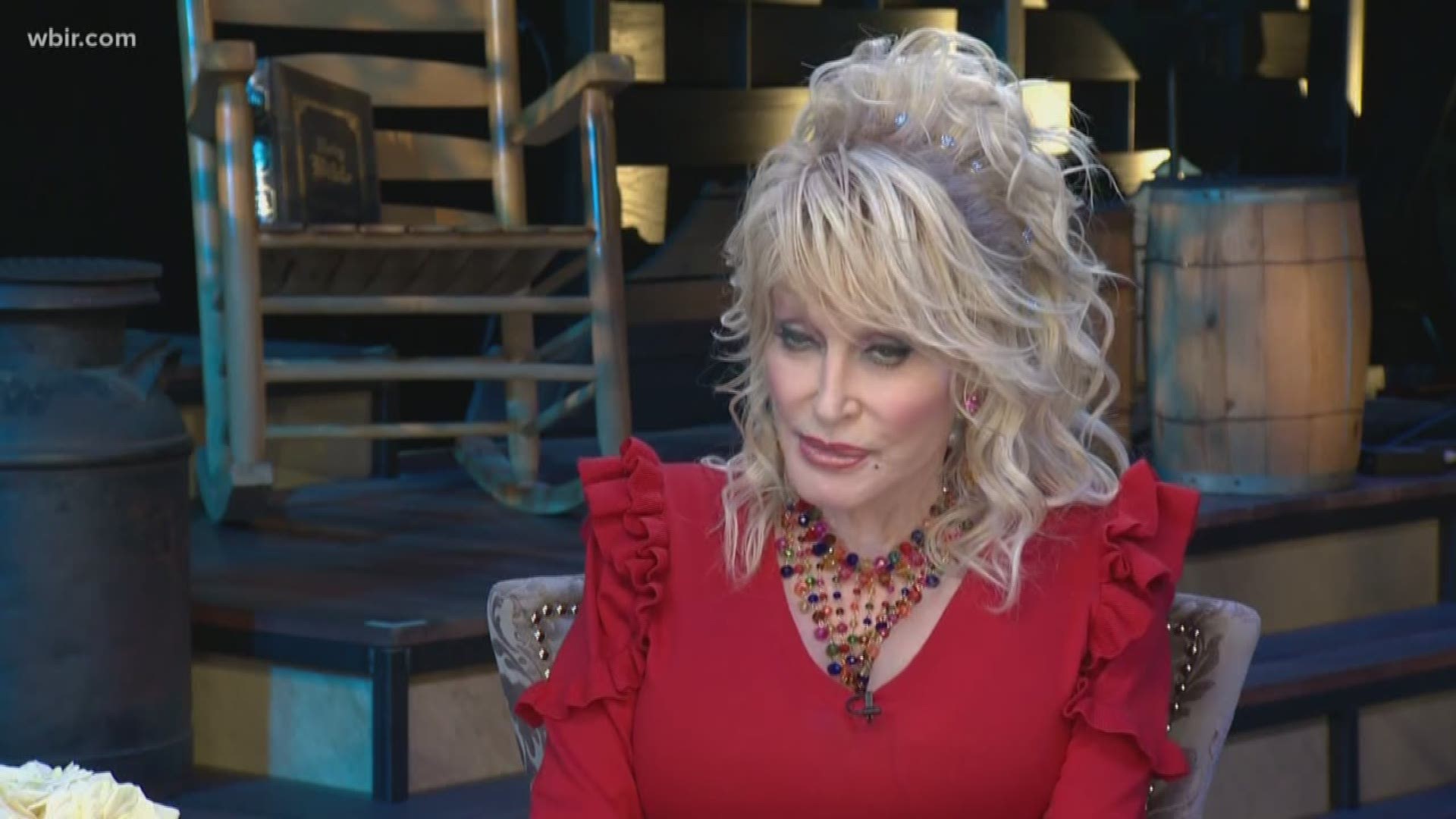 PIGEON FORGE, Tenn. — We're all anxiously awaiting Dolly Parton's Heartstrings, an eight-episode series on Netflix based on Dolly's music, but turns out there is a way to see it before the Nov. 22 premiere!!

All eight episodes will be part of a film festival at Dollywood on Wednesday, Oct. 30.

The festival is included with park admission, but visitors must get a wristband for each of the movies. Dollywood will start handing out the wristbands at 8 a.m.at the front gate on Wednesday until noon or until they're all gone.

Each movie has a separate wristband, and each person can only get one wristband per film.

The movies start airing at 10 a.m. and the last one will start at 8:25 p.m. You can get the full schedule here.

Netflix has rated all the movies PG, but some of them have adult themes and may not be suitable for younger children. A Dollywood spokesperson said that parents should use their own discretion.

Here's how the Hollywood Reporter describes each episode:

"These Old Bones": In the 1940s, a determined young lawyer returns to her Smoky Mountain hometown to prove herself professionally when a mysterious mountain woman (Kathleen Turner), believed by some locals to be a fortune teller, threatens a lumber company's business. Ginnifer Goodwin and Kyle Bornheimer also star. Written by Jim Strain; directed by Joe Lazarov.

"J.J. Sneed": In the 1880s, a feisty young woman trapped in a mundane existence dreams of more, until a seductive outlaw pulls her into the adventure of a lifetime. Starring Colin O'Donoghue, Willa Fitzgerald, David Denman, Mac Davis and Vanessa Rubio; written by Strain and directed by Terry McDonough.

"If I Had Wings": After receiving invitations to their long estranged father's (Gerald McRaney) 70th birthday, three siblings (Ben Lawson, Brooke Elliott and Michele Weaver) converge on a Mississippi farm, where they test the bonds of blood and issues of faith, all to confront the sins of their father. Also starring Delta Burke and Tim Reid; written by Strain and directed by Timothy Busfield.

"Cracker Jack": Two stories — one past, one present — about the power of unconditional love between a girl and her dog. That same girl, now grown, questions what her life means and who she can truly count on when faced with her greatest fear. Starring Sarah Shahi, Rochelle Aytes, Jessica Collins and Tammy Lynn Michaels; written by Lisa Melamed and directed by Liesl Tommy.

"Sugar Hill": A married couple (former thirtysomething co-stars Timothy Busfield and Patricia Wettig) in their twilight embark on a road trip back to the place where they first fell in love, revisiting the history of their love story along the way. Also starring Virginia Gardner and Tom Brittney; written by Thomas Ian Griffith and Mary Page Keller and directed by Lev L. Spiro.

"Down From Dover": After being shunned by her pious widowed father, a pregnant teenager finds support at a home for unwed mothers, where she hopes for the safe return of the young man she loves from the Vietnam War. Starring Holly Taylor, Shane McGhie, Robert Taylor, Bellamy Young, Camryn Manheim and Mary Lane Haskell; written by John Sacret Young and directed by Erica Dunton.

"Two Doors Down": A family's lifetime of secrets come bursting out during a chaotic and comedic New Year's Eve wedding weekend. Will they make it to witness the "I do"s without killing one another? Starring Melissa Leo, Ray McKinnon, Andy Mientus, Katie Stevens and Michael Willett; written by Mark B. Perry and directed by Wendey Stanzler.