The virus usually causes flu-like symptoms such as fever, joint and muscle pain, and headaches. 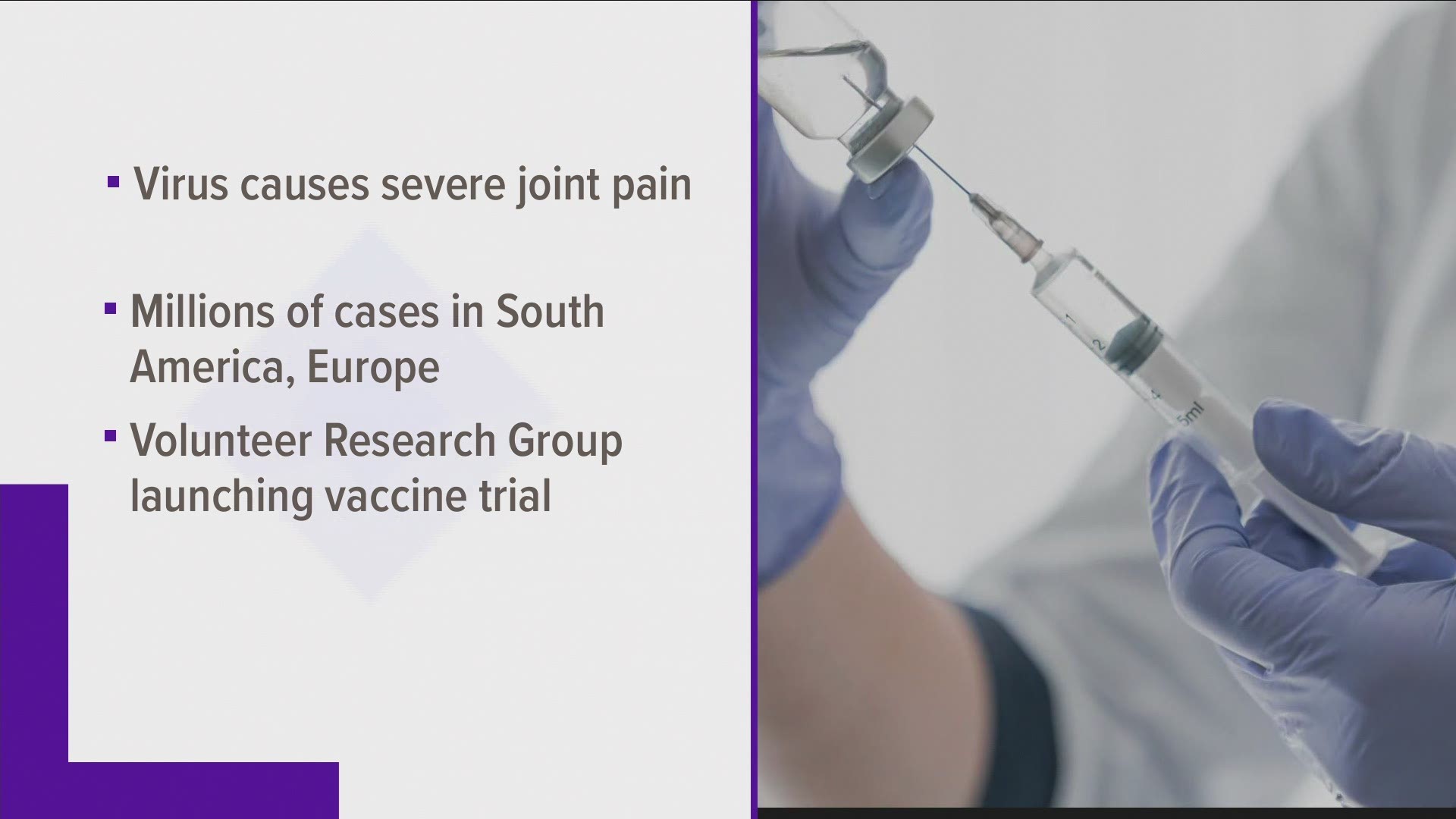 KNOXVILLE, Tenn. — Mosquitoes are spreading the chikungunya virus at higher numbers in the world, and Knoxville researchers are hoping to curb that spread and its impact with a new medical trial.

The virus is rarely fatal, usually causing flu-like symptoms such as fever, joint and muscle pain, headache, and rashes.

The Centers for Disease Control said it's a virus similar to dengue and Zika. People at risk of developing more serious symptoms include those older than 65, newborns, and those with medical conditions such as high blood pressure and diabetes.

Currently, its threat of transmission in the U.S. remains low, and nearly all Americans contract it while traveling abroad, according to the CDC. Researchers say it's only a matter of time, though, before mosquitoes carrying the virus become prevalent in the country because of how common the spread is in Latin America. There also isn't a treatment or vaccine for the virus, but local researchers are hoping to change that.

Volunteer Research Group in Knoxville is launching a clinical trial on a vaccine that could protect people, though. It is currently looking for healthy people 18 and older to take part in the chikungunya vaccine trial.

Those who participate will be paid. People can contact Volunteer Research Group at (865) 305-3784 (DRUG) for more information.

The mosquito-borne virus was first found in Tanzania as far back as 1953, but is relatively new to the U.S. Tennessee and Knox County health officials have been warning people about it since 2014 after cases began popping up in Knoxville and elsewhere from people who contracted it in the Caribbean.