A spokesperson for the Tennessee Department of Safety and Homeland Security confirms they are investigating the incident. 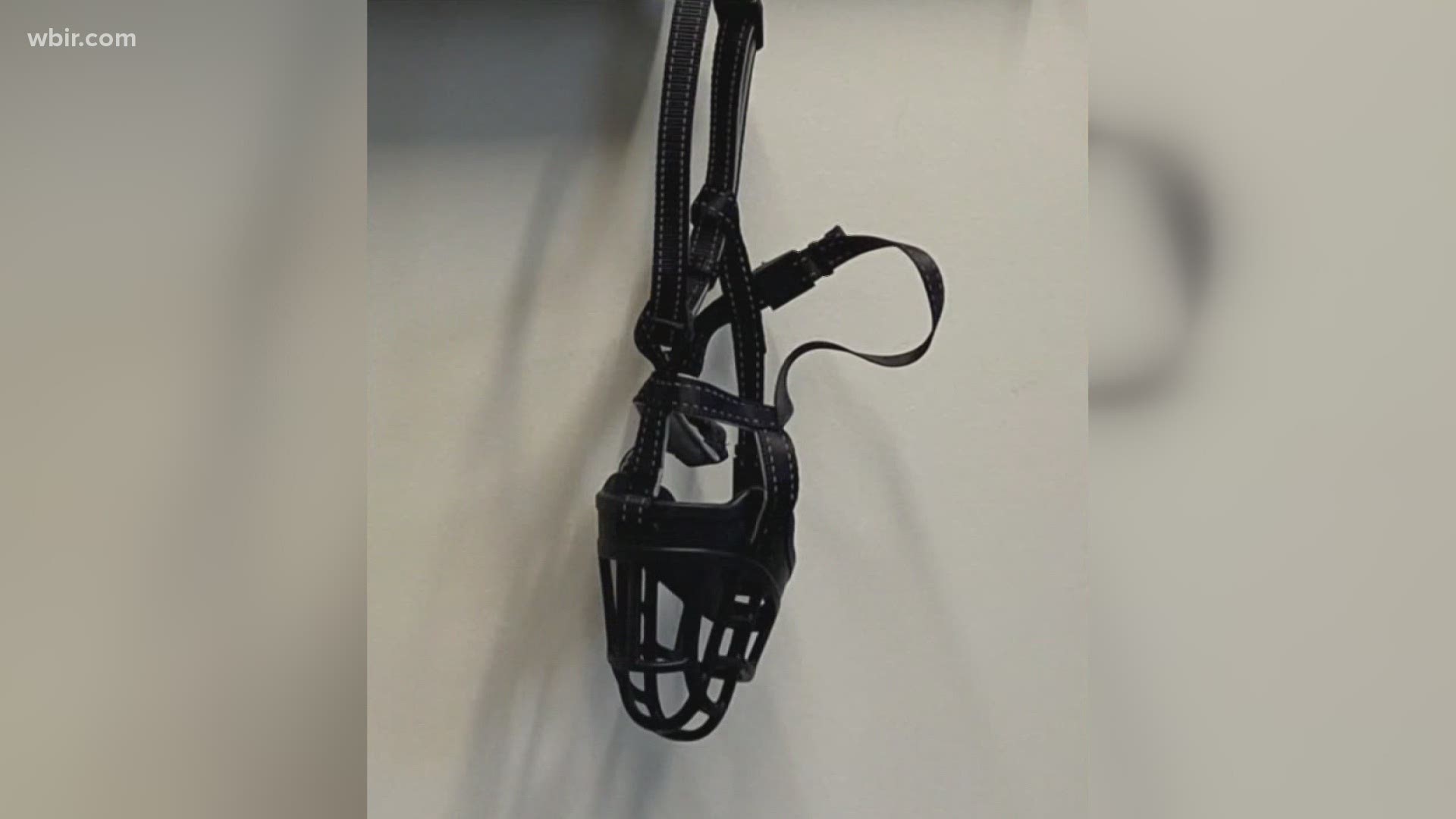 Dr. Fiscus was getting back into the office after the July 4th holiday weekend when she spotted an Amazon package on her desk.

"When I opened it, it contained this dog muzzle," Dr. Fiscus said.

She thought it was possibly a joke.

"I like to play pranks and so do my friends, called a couple of friends that I thought might be responsible and they didn't know what I was talking about," Dr. Fiscus said.

"What they were told from Amazon was that they would need a subpoena in order to determine who had sent it," Dr. Fiscus said.

She still doesn't know who sent the dog muzzle.

It was delivered before she was fired. It's a story that's gained national attention.

"I don't know why it's caught fire, but I'm going to use this platform to continue to support the work of public health, the people who do that work for all of the right reasons, and to continue to promote the importance of being vaccinated," Dr. Fiscus said.

Dr. Fiscus claims she was fired on Monday after she gave some information that medical providers wanted.

That info was about the state's "mature minor" doctrine, which says kids 14 and older can get medical care without parental consent.

Some state lawmakers weren't too happy to learn about that.

"For sharing that information when it was asked of me by these providers who didn't know what the laws were around vaccinating minors in Tennessee, it was decided that I should be terminated," Dr. Fiscus said.

Since her firing, some have wanted to know if she has received any threats. She said the muzzle sent to her was the only thing that has come up.

"I don't know why else it would be sent to me at work to me specifically except to send some kind of a message about maybe being quiet," Dr. Fiscus said.

While Dr. Fiscus doesn't know what the intended message was, she doesn't believe it was a serious threat.

"I've joked a little bit that I noted that this is a size three muzzle, which is described for beagles and yet I am clearly more of a pit bull and needed a size six," Dr. Fiscus said.

A spokesperson for the Tennessee Department of Safety and Homeland Security confirms they are investigating the incident.