The city said it is working with the property owners to ensure public access to that section of greenway is reopened "as soon as possible." 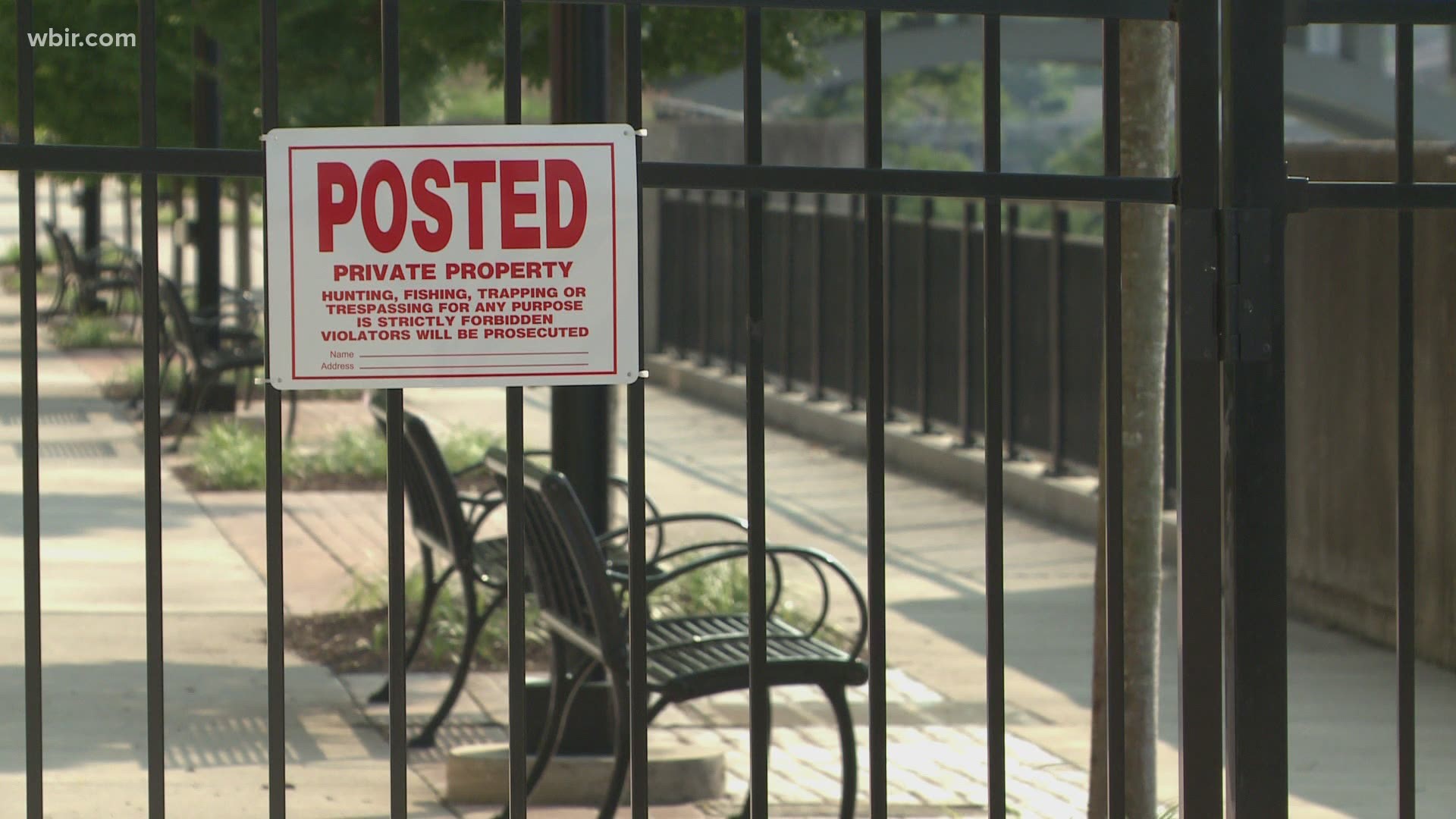 Several people in Knoxville are wondering why a section of the South Knoxville Riverwalk greenway has been gated off to the public recently.

People shared a YouTube video posted on July 3 showing a portion of the greenway running through the One Riverwalk Apartments property between the Henley Street Bridge underpass and Regal headquarters blocked off to the public by metal fences and locked gates.

On the gates were signs saying "Private Property" that warned people trespassing was forbidden.

10News reached out to the city of Knoxville Sunday to find out why the greenway -- which is a public amenity -- had been gated off.

According to Stephanie Welch, the city's chief of economic and community development, the locked gates are a temporary measure needed to allow the property owners to finish the required improvements.

Welch could not offer a timeframe for when the improvements will be completed or what requirements remained, but said the city is working with the property owners to ensure public access to that section of greenway is reopened "as soon as possible."

One Riverwalk Apartment's developer, Riverwalk Investors, LLC, owns the Riverwalk and park areas. They responded Tuesday, saying it recognized people are frustrated with the closure and that it shared those frustrations.

The company said it has been unable to transfer ownership of the Riverwalk to the city 2 years after completing the space, saying it has implored the city to accept ownership and that it had "completed all improvements" -- including additional improvements and maintenance requested by the city.

They also said they told the city about their plans to close the area ahead of time as they continued working to transfer ownership to the City of Knoxville.

They said that after several months of asking city officials to take ownership of the area, they decided to close it off to protect themselves from possible risks from lawsuits and liability associated with having a public space.

Some of the statement is available below:

Unfortunately, we cannot continue to accept the potential liability and litigation risks associated with continuing to allow the general public to utilize the Riverwalk. We notified the city last week of our plans to close the Riverwalk and pledged our cooperation and earnest desire in having the facilities dedicated to the city prior to closure. Unfortunately, we have received little to no communication from the city staff in response.

We are anxious to reinstate access to the public.

The company said it will continue to work on completing the dedication process, which it said lies in the hands of the city at this point.

Knoxville mayor Indya Kincannon said they're working through some issues.