He was originally flown by Lifestar to UT Medical Center then transferred to Vanderbilt Burn Center. 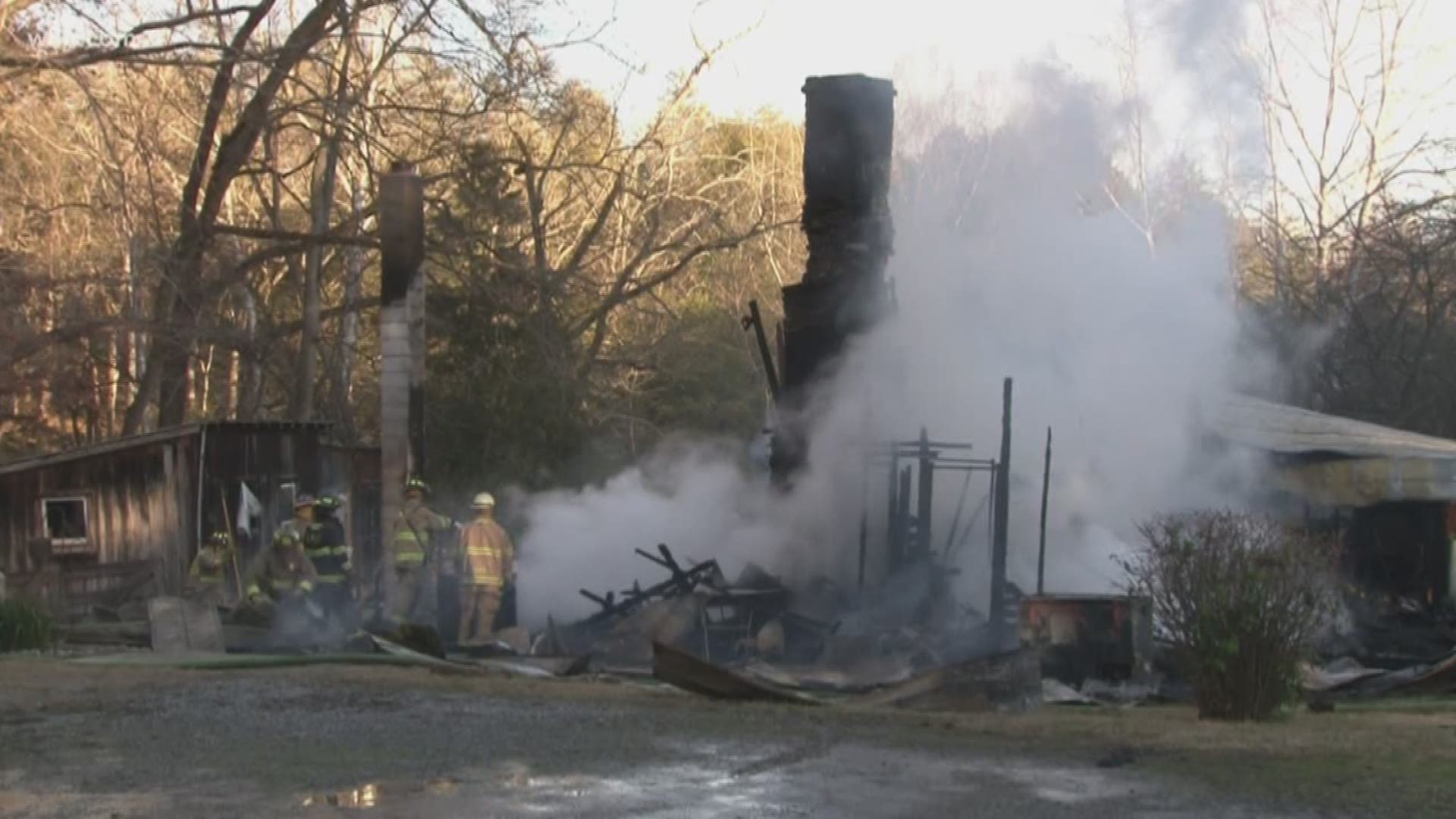 UNION COUNTY, Tenn. — A 68-year-old man was severely burned during a home explosion and fire in Union County. He was originally flown by Lifestar to UT Medical Center then transferred to Vanderbilt Burn Center.  It happened on the 3000-block of Hickory Valley Road.

Paulette Fire Chief Daniel Rice said they believe a propane heater caused the explosion causing the home to be a total loss.

"It was a very large explosion. We're ruling that the fail safe didn't shut the propane off," he said.

Rice believes the propane heater in this incident was so old it began cracking, which allowed propane to escape. He's hoping this serves as a warning to others to keep similar incidents from happening.

Flames and smoke remained after firefighters left the scene. Putting them out would do more harm than good.

"Due to the heavy amount of fire damage its not safe for our crews to go in and continue to put those out," said Rice.

If you have a propane heater, he says it's critical to have an expert check it to make sure it's running correctly.

"You should have someone check it not just yourself because there's parts in there that are recommended to be replaced."

The first time you smell any kind of gas, he says to get out and call 911.

"If they smell it don't flip any light switches on or off, don't make any sparks and just get out," said Rice.

He also recommends that homeowners make sure their chimney is clean and keep a close eye on space heaters, always making sure to turn them off before bed.

Rice applauds the team effort from all surrounding county departments that kept the fire from spreading and kept anyone else from being injured.

"We work all together in Union County," he said.