The bridge's build type usually lasts for about 70 years, meaning it has given about 10 years more to the community than what can be expected, the mayor said. 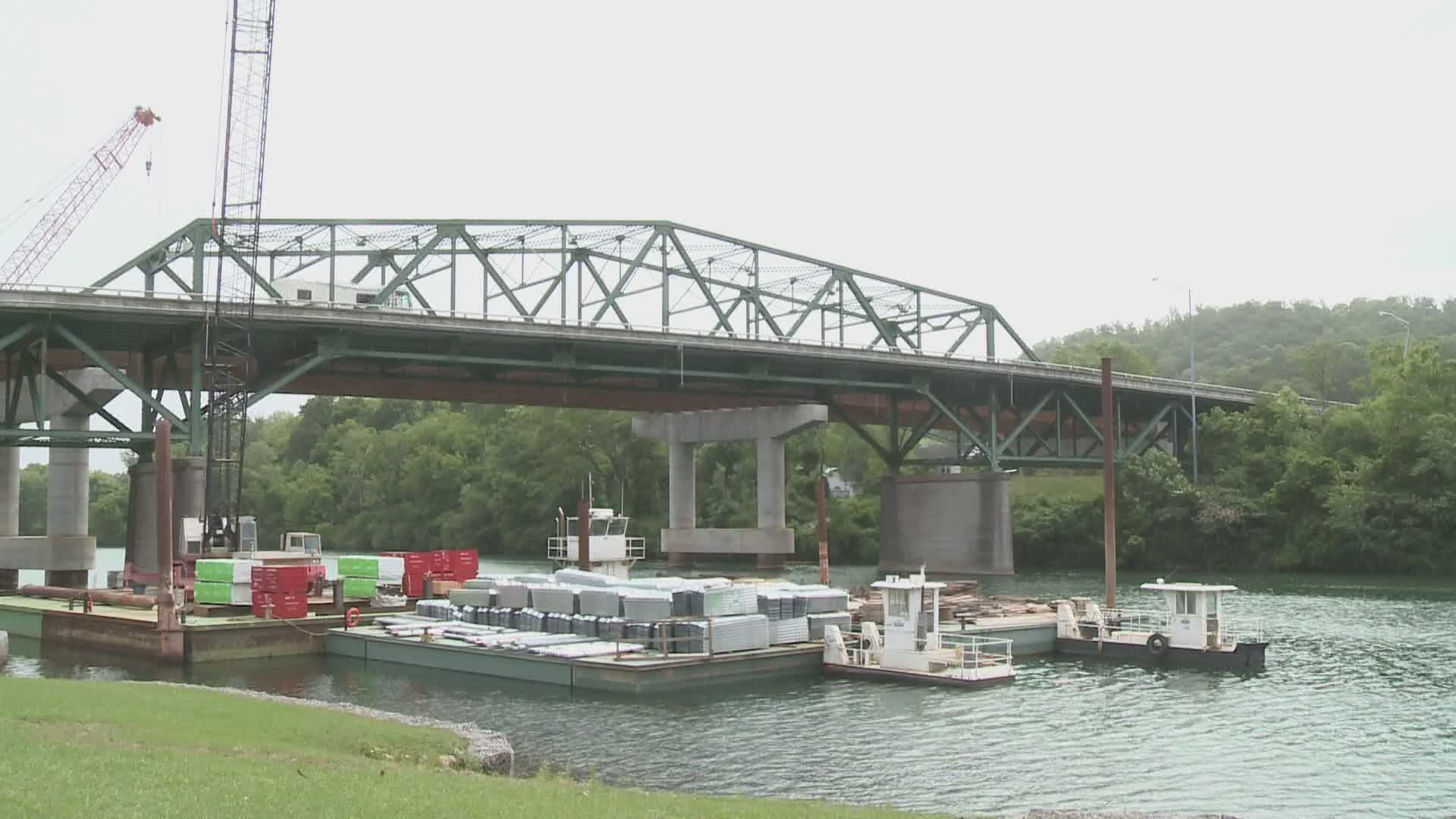 CLINTON, Tenn. — For many who grew up around Clinton, the Hon. William Everette Lewallen Bridge has been a staple in the community.

Commonly referred to simply as the "Green Bridge", the picturesque trestle bridge straddles the Clinch River between north and south Clinton.

"The bridge today as we know as the Green Bridge was built in 1940," Mayor Scott Burton said.

The bridge's build type usually lasts for about 70 years, meaning it has given about 10 years more to the community than what can be expected, the mayor said.

The bridge has a lot of meaning to locals, and when they found out that it would have to be torn down, there was some frustration.

"There is a problem with financials and safety, and it's just not feasible to do that, but that still doesn't keep you from being sad that it's going to go away," said long-time Clinton resident Resa Kesterson.

Mayor Burton noted that in order to keep the bridge as a pedestrian bridge, TDOT estimated the cost to be over two million dollars with an additional one hundred thousand dollars per year for upkeep.

"It's really cost-prohibitive from a taxpayer standpoint to keep the bridge because what TDOT will do now is they will remove it themselves at no cost to us," Burton said.

On-site progress began in September 2018. Since then, significant visual progress has been made.

The next step in the process will be to carry on with construction on the bridge's northern abutment.

According to Clinton's city website, the bridge's progress is now at month 22 of a projected 36-month timetable.

As of now, the new bridge is scheduled to open in late August 2021.

More information can be found on the city's website.