Bloomberg met with Mayor Indya Kincannon and others as he opened his local field office. Recently, he unveiled his plans for health care reforms in Memphis. 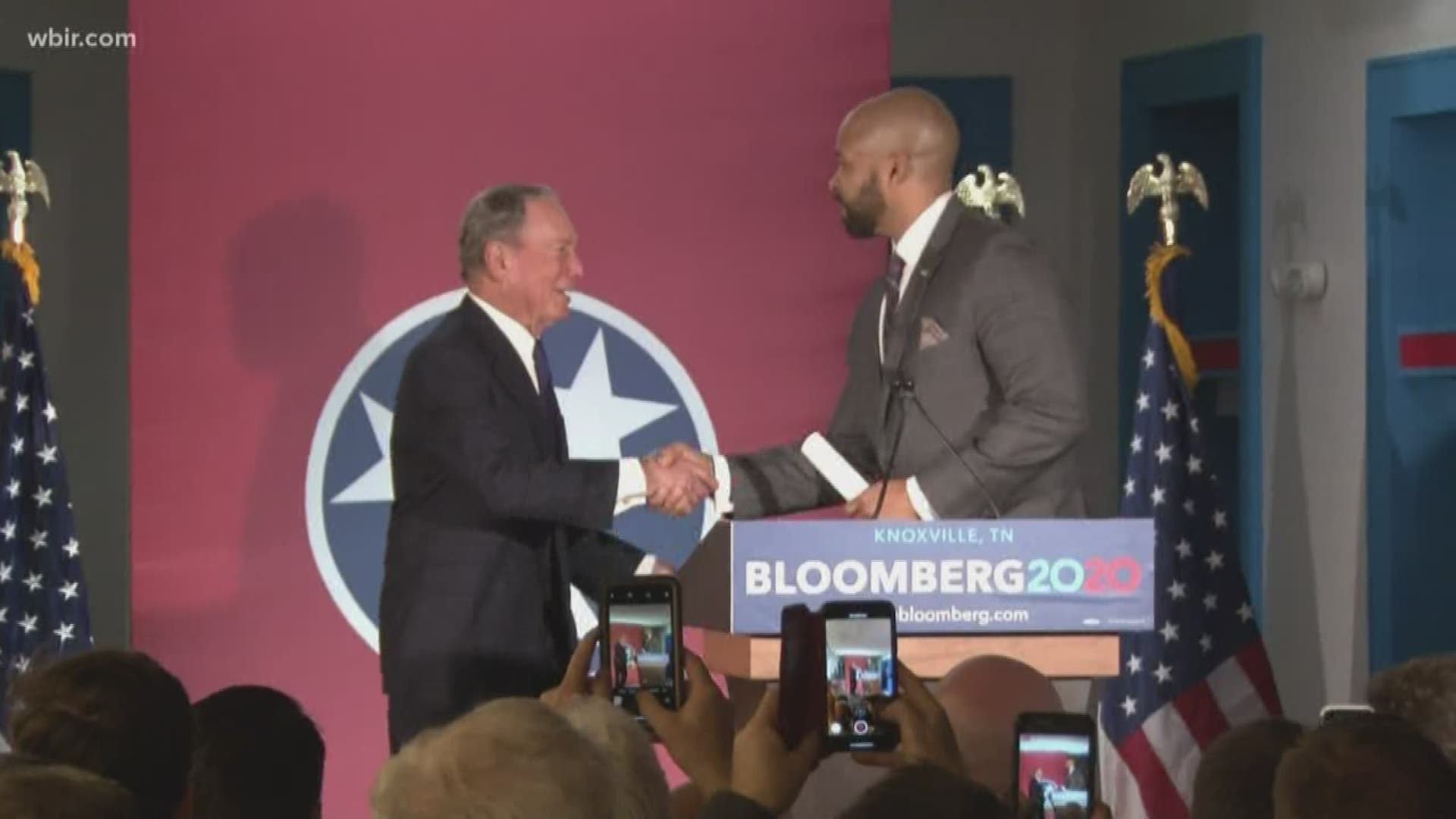 KNOXVILLE, Tenn. — Mike Bloomberg met with Knoxville officials and spoke with dozens of voters Friday as part of his presidential campaign.

Bloomberg, one of more than a dozen people vying for the Democratic nomination, gave a speech at 6 p.m. He also spoke with Knoxville Mayor Indya Kincannon and other officials.

After introducing himself, Bloomberg spoke about his stances on healthcare, green initiatives and gun sales.

"You go into a gun store in the state. You cannot buy a gun if you're a minor, you have a criminal record or psychiatric problems," he said. "You can do it at a gun show or the internet. Why? Because those came after the federal law, but no one's suggesting the law or gun stores is hurting anybody. It just keeps the guns from the crazies."

He also took a few jabs at President Donald Trump -- someone he said he had "known for years" as New York City's mayor from 2002 to 2013.

"I promise you right now I won't tweet from the White House. If that isn't good enough reason to vote for me, I don't know what is," he joked.

RELATED: Who is running for president in 2020?

Though the two differ greatly in policy and party, they share common ground: They are both billionaires.

Bloomberg is listed as one of the world's richest men. A senior adviser said Bloomberg would not accept a single political donation for his campaign. According to NBC News, Bloomberg has said he would continue paying hundreds of staffers and funding digital operations to defeat Trump in 2020 even if he does not secure the Democratic nomination.

Both Trump and Bloomberg have also reportedly bought top-dollar advertising space in the upcoming Super Bowl, with the New York Times saying it will cost each at least $10 million to duel it out.

Should Bloomberg become president, the adviser said he would not take a salary -- much like Trump has done during his time in office.

RELATED: Biden open to GOP running mate, but 'can't think of one'

Tennessee voters will go to the polls for the presidential primaries on March 3, kicking off the 2020 election season.