Ambulances are stretched thin as they endure long waits with patients at emergency rooms following the closure of the Physicians Regional Medical Center in North Knoxville. 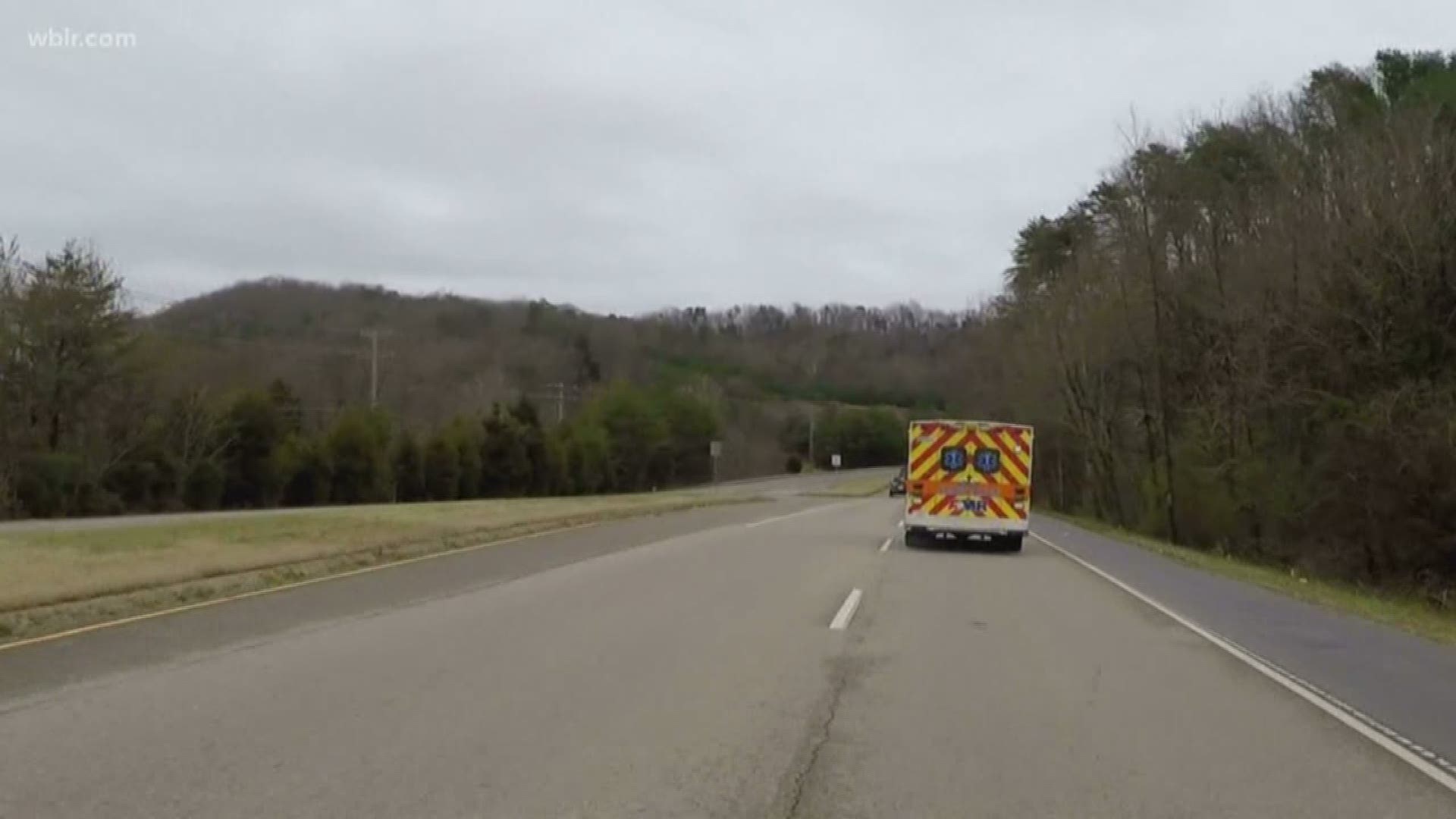 When the call comes in, it is the job of rural metro firefighters to respond as fast as they can.

But now, they are feeling the impact of the closure of the Tennova Physicians Regional Medical Center in North Knoxville. As ambulances are faced with long wait times at the emergency room, firefighters now have to wait longer with patients for an ambulance to arrive, taking them out of service and unable to respond to crucial emergencies.

"We will wind up having to stay on the scene for an extended period of time," said Jeff Bagwell with Rural Metro Fire. "We can't leave the patient. Once we initiate patient contact, we can't leave. That's called abandonment. We have to stay with the patients no matter what. If there's a fire right down the street, and the closest fire truck is tied up on a medical call, they can't go to the fire until the ambulance arrives on the scene to relieve them."

Bagwell estimates some of the fire trucks have had to wait up to half an hour longer than usual on certain medical calls. Ambulances have had to wait with patients at the emergency room for as long as 9 hours since the hospital closed.

"It is still a problem and it's going to be a continued problem for a while," said Ken Loftis with AMR ambulances.

AMR usually has roughly 20 advanced life support ambulances on the streets in Knox County at any given time. At certain times lately, only a handful were available for patients.

"Of those 20, I've had 12, 13, 14 sitting in the ER waiting on beds," said Loftis. "While AMR says the need for more ambulances has been growing for some time, the closure of the hospital only made it worse."

It also left a hole in the number of beds available for patients needing psychiatric treatment. AMR says it has now been forced to drive patients all over the state for treatment.

"Once they are evaluated at the ER, they make the determination on where they go," said Loftis. "Unfortunately, Memphis is where we take them 75% of the time."

In a statement released to 10News, Tennova said "During the winter months, all emergency rooms and hospitals in our community see a dramatic increase in patients as flu season picks up.... Tennova is committed to continuously improving the patient experience by determining ways to minimize wait times for walk-in patients and ambulances."

UT Medical Center says their emergency room has seen an increase in patients, but they are not sure if it is because of the Tennova closure.

In a statement from Keith Altshuler, President and Chief Administrative Officer at Fort Sanders Regional Medical Center, said the hospital is feeling the impact of the Tennova closures.

“All hospitals in our community, including Fort Sanders Regional Medical Center, are experiencing significant increases in volume in our Emergency Departments due in part to the recent closure of two Tennova hospitals, Physicians Regional in Knoxville and Lakeway Regional in Morristown. We anticipate these increases to continue as flu and respiratory illnesses occur more frequently during the winter season.”