From paralyzed to playing the Bijou Theatre, a man shares his story of recovery

A severe spinal cord injury paralyzed David from the waist down just weeks after he began pursuing his dream of becoming a musician. He's made strides in recovery since, and throughout it all he hasn't given up his music. 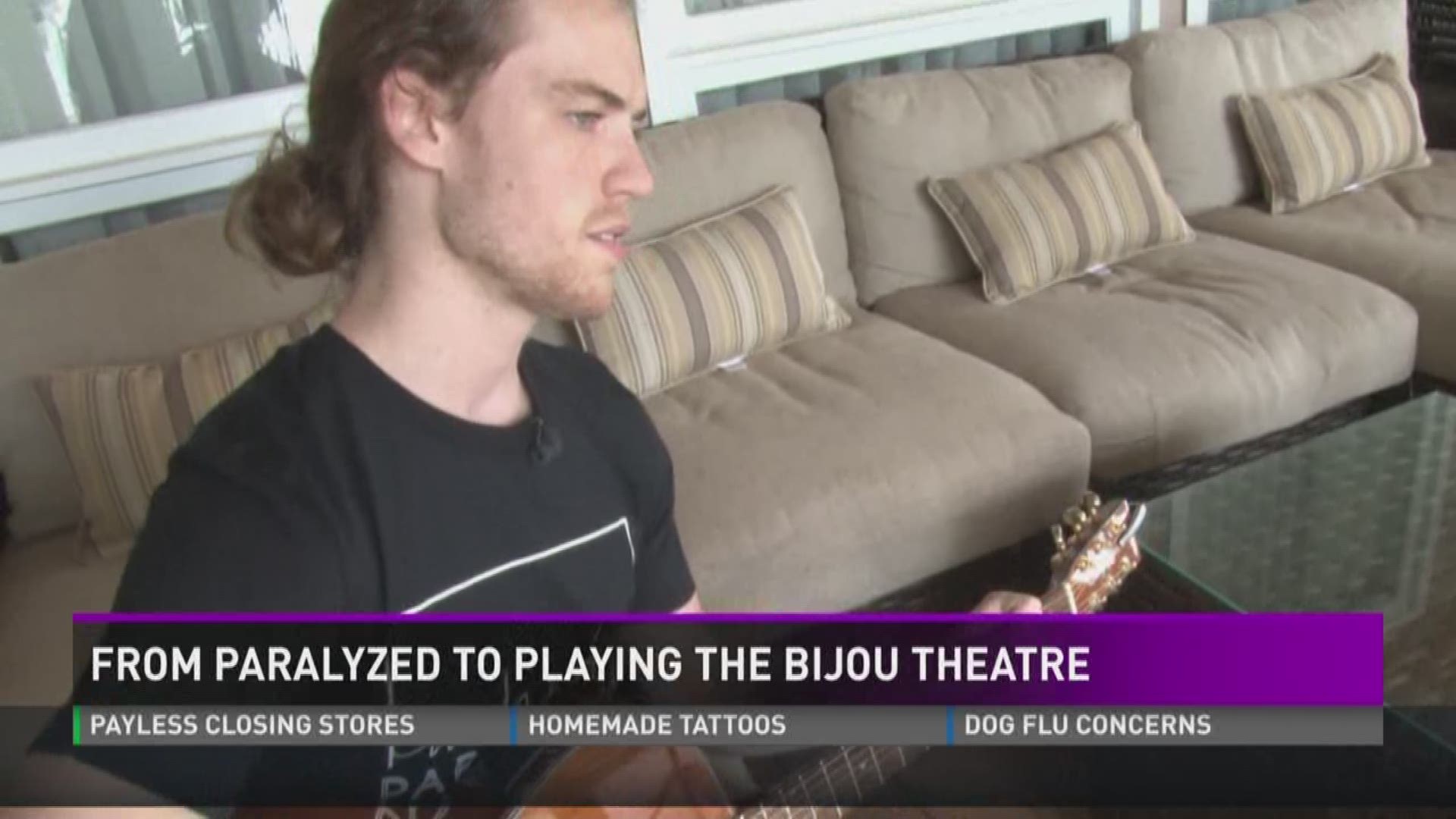 On Saturday, a Knoxville native will live out a dream of playing at the Bijou Theatre, but the path to that stage hasn't been easy.

David Francisco Platillero is a graduate of the Christian Academy of Knoxville and the University of Tennessee with a degree in electrical engineering, but he wanted to pursue music.

"I was all excited about getting into the music industry," David said.

In 2016, he started attending the world-renowned Blackbird Academy, but after being there only a few weeks, a car t-boned him when he was biking home from class.

He woke up in the hospital paralyzed from the waist down with a spinal cord injury and unable to walk.

"I just woke up in the hospital, and I was wondering why my legs weren't on the bed," David said. "But they were, I just couldn't feel them."

David's parents John and Mitzi remember getting the phone call that David was hurt and they immediately rushed to Nashville to be by his side.

"We cried and prayed and just held on," Mitzi said.

It took David time to regain any movement at all, but once he saw a toe wiggle he became determined to overcome this obstacle.

'I decided, you know, I can give up and I know I'll be miserable, or I can fight it and maybe I'll get out of it," he said.

It took David months of rehab to relearn to walk. He went from a wheelchair, to a rolling walker, and now forearm crutches on his road to recovery.

"This kid is a fighter and he's blown us away," his father said.

Through it all, David continued working on his music. He hadn't lost the ability to play the guitar or sing so he began to write more music.

"It was really cool to write a song that captured more than just the words that I could say," David said.

On June 3, he will play a concert at the Bijou Theatre to celebrate his progress and raise funds for ongoing rehab expenses. The event is called "Celebrate Overcoming," and it will focus on David's story as well as others in the community who have also faced significant challenges. Two short films will also be shown, including one on David's called "Back to Blackbird."

"If you had asked me before the accident if I'd ever play the Bijou, I probably would have said no," David said.

David will still face some challenges in his recovery, but he will soon be moving to Los Angeles to pursue his music career and be with his girlfriend.

"It has given me more of a drive and more of a determination to just go for things," David said.