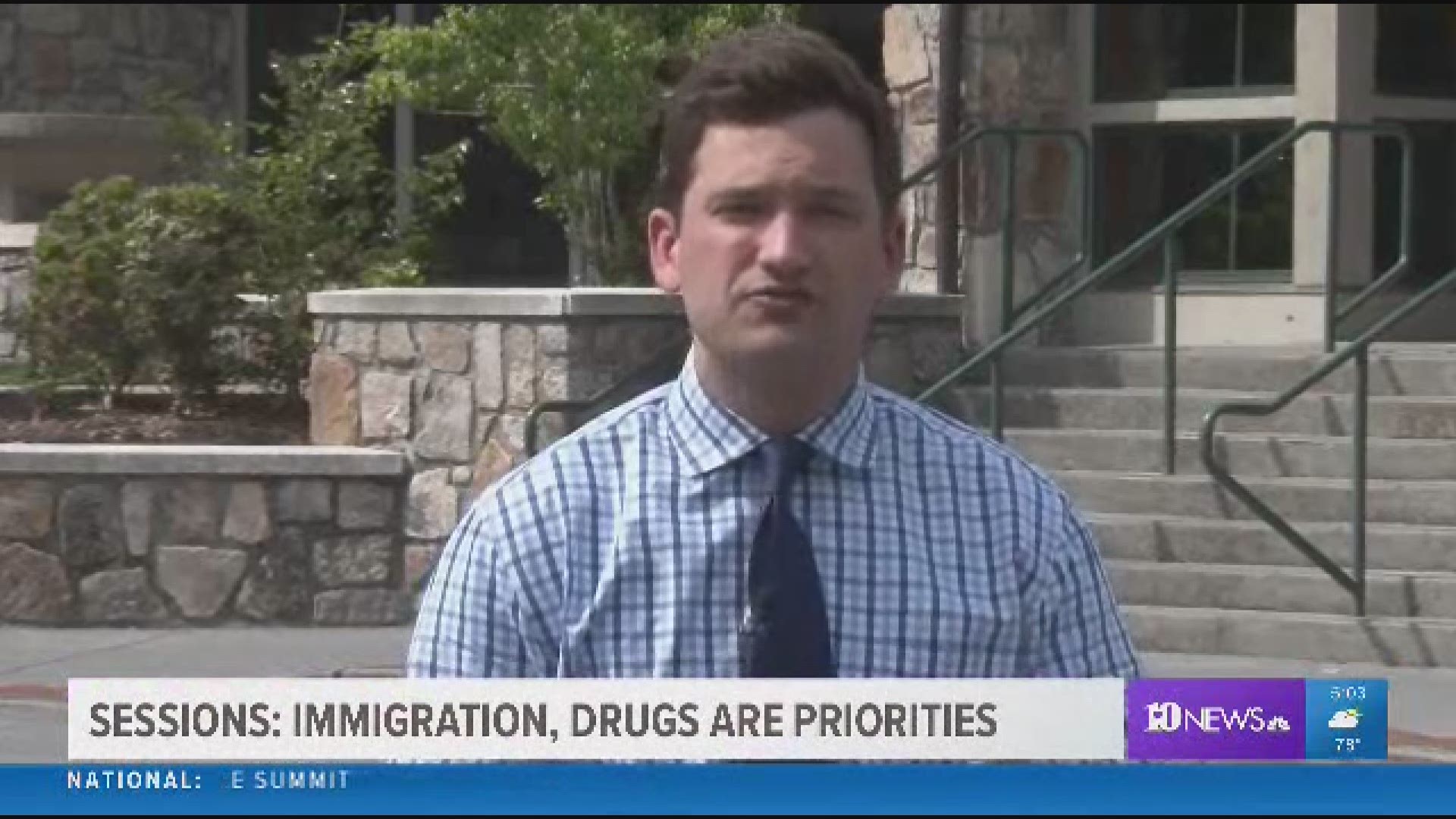 The nation's top law officer was in Gatlinburg Tuesday, talking about immigration, opioids and violent crime.

"You don't get to gain a competitive advantage in this country by having illegal workers working for you," Sessions said. "So I'm not shedding tears over that."

Sessions came down hard on the plant.

The government alleges many there were illegal immigrants.

"You don't get the benefit of being in this country and look around the world to find the cheapest worker you can find," Sessions said. "That's just not good policy for this country. The American people understand that."

But Bishop Richard Stika of the Knoxville Diocese called on Sessions to show compassion.

"I have seen tears shed by families torn apart by the aggressive enforcement of immigration laws under this and previous administrations," Stika said. "I again ask our lawmakers to address this issue in a dignified way."

He says prosecutors across the country have charged more than 150 doctors for opioid-related crimes.

He also called on federal prosecutors to take part in Project Safe Neighborhoods.

It's a plan to reduce violent crime by identifying specific community needs and addressing them.

"PSN is flexible," Sessions said. "It allows you to adopt strategies for your district. So we can apply federal resources in partnership with state and local."