Estes served as a full-time deputy with the Blount County Sheriff's Office from 1994 until 2011. 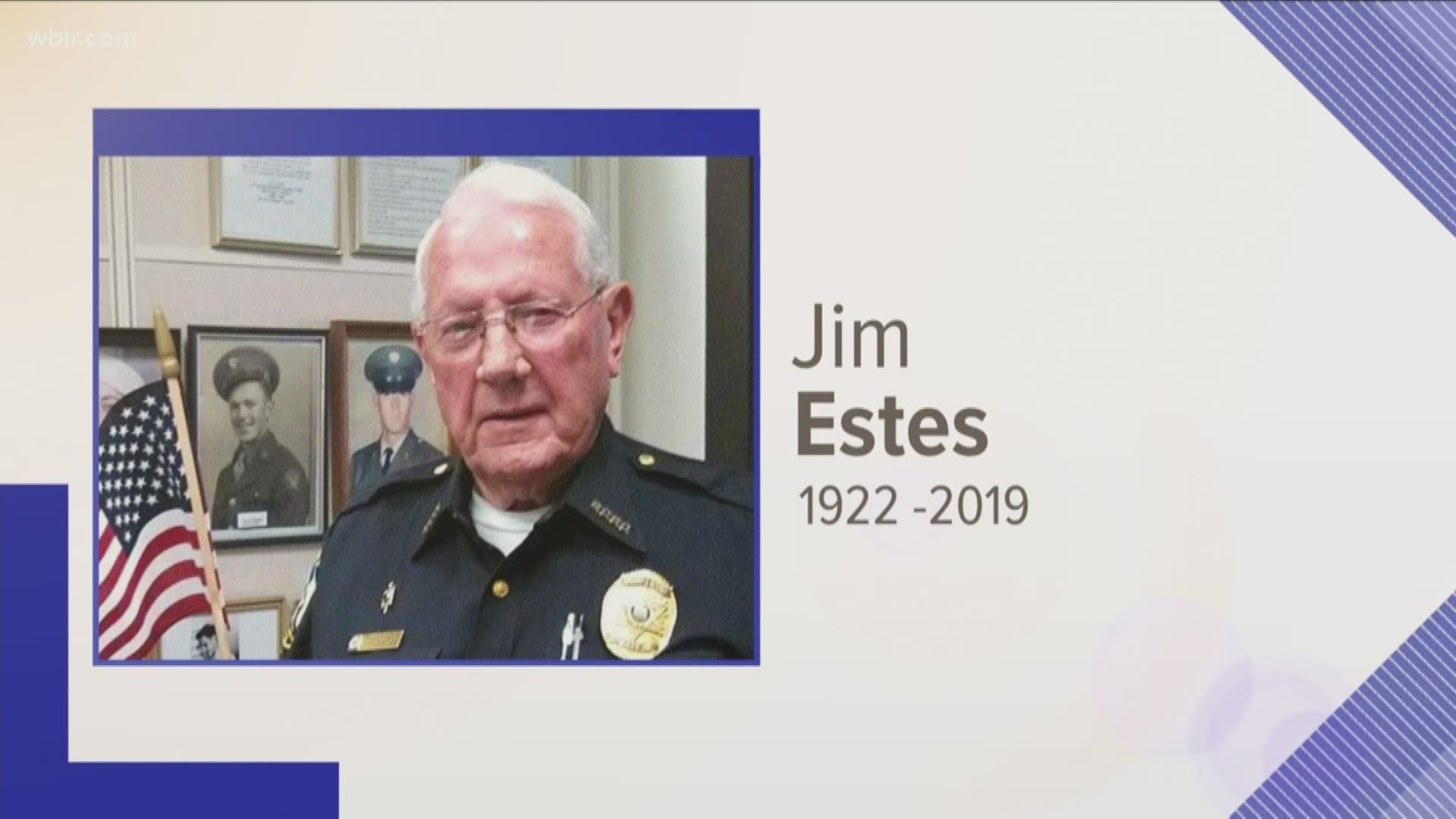 "I am saddened to hear of Jim's passing," Sheriff James Lee Berrong said. "Jim was a great man, one of the last of the greatest generation. He valiantly fought for our country during World War II and miraculously survived and came home to Blount County to raise a beautiful family. I will always remember Jim fondly. He will be missed by many."

According to the Facebook post, Estes was born on Aug. 19, 1922. He enlisted in the U.S. Army during World War II and served in the 22nd Infantry Regiment, 4th Infantry Division. On June 6, 1944, he landed on Utah Beach during the invasion of Normandy.

The post said he also participated in the World War II campaigns of Normandy, Northern France, Rhineland, Central Europe, and Ardennes. He received the Bronze Star Medal and the Combat Infantryman's Badge.

He also proudly earned his high school diploma in 2018. He wasn't able to earn it as a young man because he enlisted in the military prior to graduating from high school, according to BCSO.

The post said Estes served as a full-time deputy with the Blount County Sheriff's Office from 1994 until 2011, and then not wanting to hang up his handcuffs just yet, he returned as a part-time deputy until 2013. Estes served the county as a court officer.

Estes is also a long-time member of the Fraternal Order of Police Bud Allison Memorial Lodge #9 in Maryville, according to BCSO.

The post said the sheriff's office will miss Estes's big personality, his wisdom, and his kindness toward his friends and those he met along the way.

The family will receive friends from 5 to 7 p.m. Tuesday, Sept. 3 at Smith's Funeral Home. The funeral service will follow, according to the post.