The 13-year-old boy was taken to the hospital with what appeared to be non-life threatening injuries. 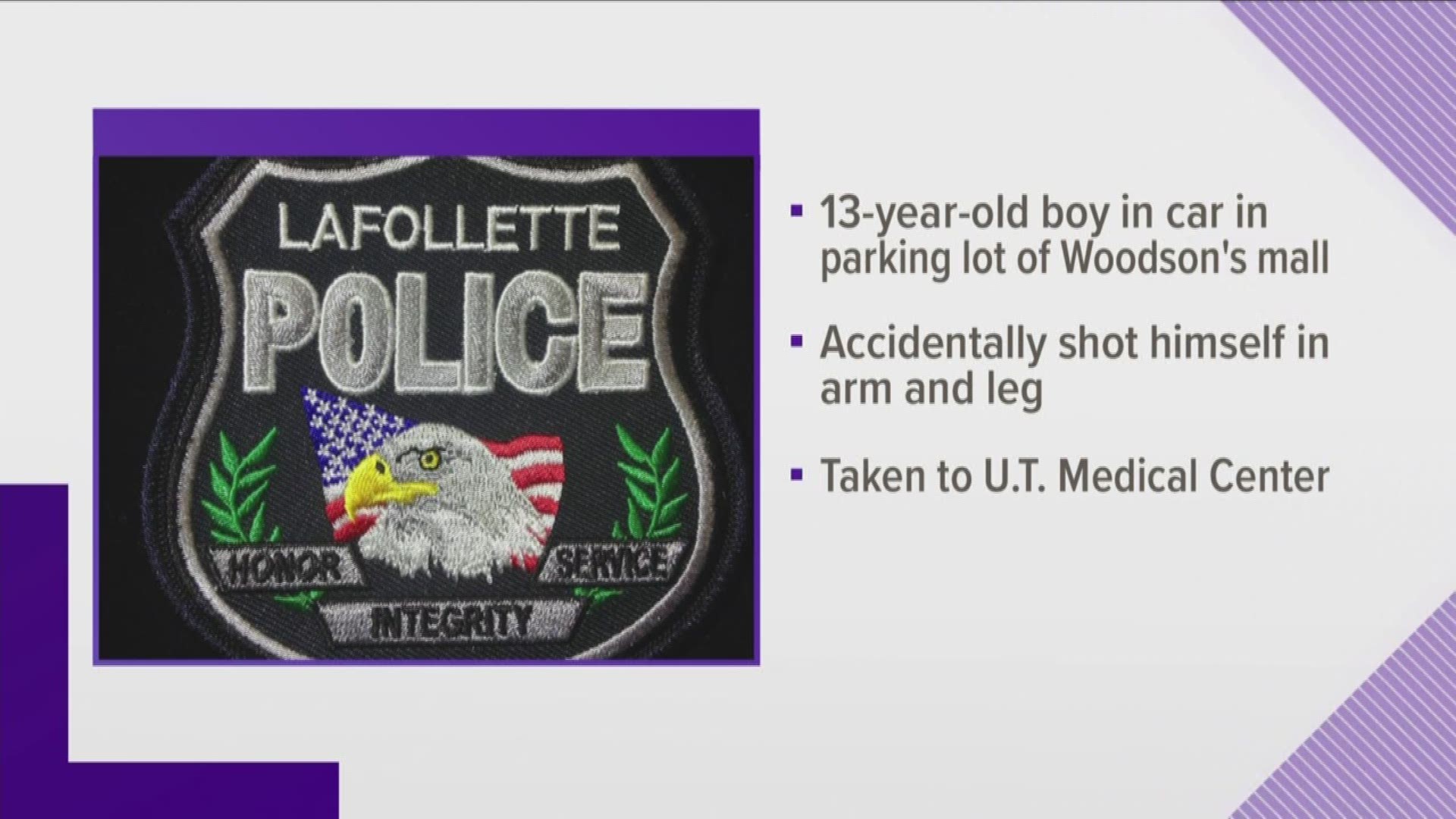 LAFOLLETTE, Tenn. — A teenager is expected to recover after authorities believe he accidentally shot himself behind a LaFollette mall on Tuesday.

According to the LaFollette Police Department, a 13-year-old boy was sitting on the passenger side of his parents' vehicle when he took a 9 mm handgun from the dashboard and accidentally shot himself. The bullet entered his left hand and leg.

The boy was transported to UT Medical Center by ambulance for treatment of what appeared to be non-life threatening injuries.

The car was parked behind Woodson's Mall in LaFollette, located at 2245 Jacksboro Pike.

Investigators are working with the district attorney general's office to determine if any charges should be filed.