Rashaun Williams said he was sitting next to the off-duty flight attendant who became unruly on a Delta flight from Los Angeles to Atlanta. 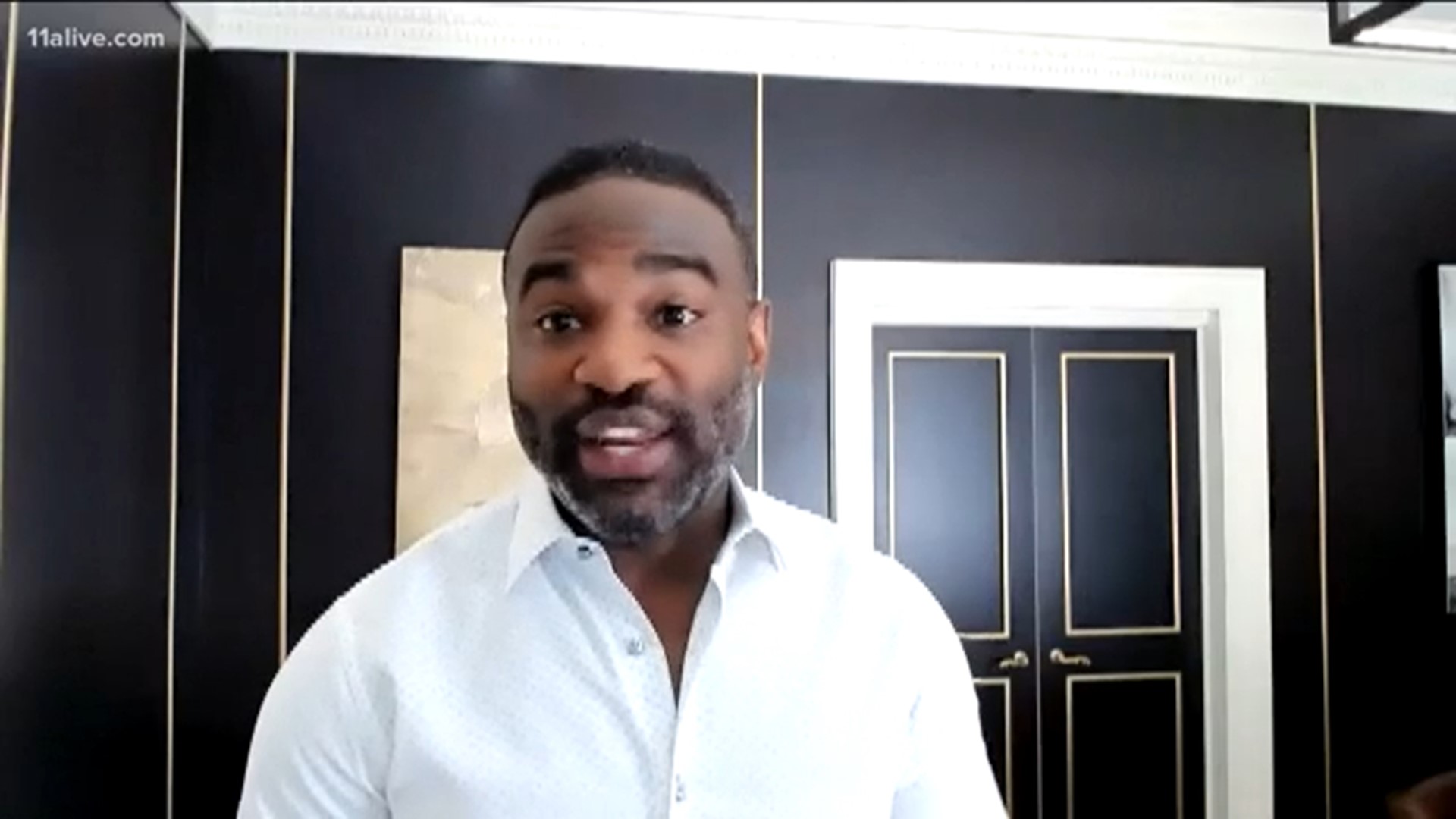 ATLANTA — A Morehouse College grad and professor helped detain an unruly, off-duty flight attendant on a Delta flight over the weekend and it was all caught on a viral video. The plane was flying from Los Angeles to Atlanta on the night of June 12.

The crew had to make an emergency stop in Oklahoma City as the confrontation between the man and Delta staff broke out mid-flight.

Rashaun Williams said he sitting next to the man before all this started.

“He was exhibiting some weird behavior and asked me a bunch of personal questions: What’s your name? What do you do? Where do you live in Atlanta? Can I get your phone number? Do you have a business card?” said Williams.

Williams said not long after, the man wrote a note, then went to the back of the plane and back to the front, and tried to take control of the flight’s PA system. The captain later started pleading for help.

“We'd like all strong males to the front of the aircraft to handle a problem passenger,” the captain said, and you can hear him say on the viral cell phone video.

“As soon as I stood up, he’s coming right towards me, facing me. I immediately jump, grabbed his shoulders, pulled his hood over his head, pull him to the ground. Now, I’m holding him on the ground and he’s kicking, someone’s grabbing his feet,” said Williams.

Investigators said the man was an off-duty flight attendant and was taken into custody once the plane landed. Williams said the note the man wrote allegedly accused Williams of making terroristic threats, but that was cleared up in Oklahoma City without incident after he spoke to law enforcement.

Williams added that he thought it was important to help everyone on the plane, including the person at the center of the incident, by diffusing the situation with compassion.

“I just think he was having a mental health breakdown. It’s up to us at citizens to invest in our own mental health, to be compassionate with people, and to learn how to diffuse situations with people without it becoming dangerous,” he said.

Since the start of this year, the FAA has received more than 3,000 reports of unruly passengers on planes. The agency said that a vast majority have been incidents involving people refusing to wear masks.

The FBI is investigating the incident.