Tennessee's largest house up for auction

If you're in the market for a house, the largest mansion in Tennessee is for sale on Lyons View Pike in Knoxville at a listed price of $13.8 million. The home, known as the Villa Collina, goes up for auction on October 26, 2016. 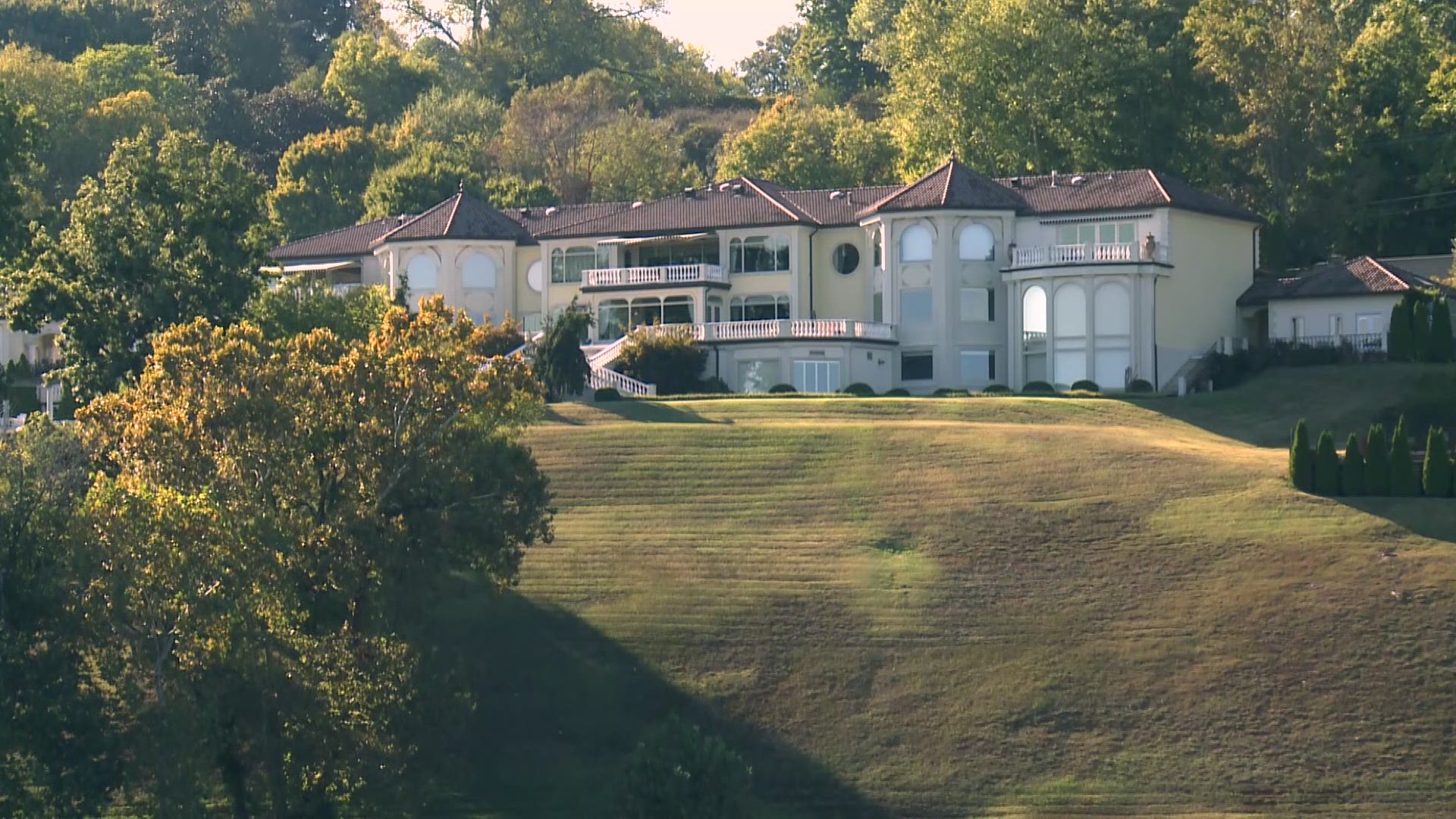 Knoxville — If you're in the market for a house, there’s one for sale on Lyons View Pike in Knoxville for $13.8 million. You could also get a deal, relatively speaking, when Tennessee’s largest house is sold at auction on October 26, 2016.

"The Villa Collina is the largest home in the state and the 87th largest home in the country," said Brad Pruitt, COO of Signature Luxury Auctions. “This auction is not going to be a ‘tobacco auction’ with a shouting auctioneer, to say the least. The event is private, you have to qualify for the auction beforehand, and it’s an intimate setting."

View from upstairs at the main entrance of Villa Collina. 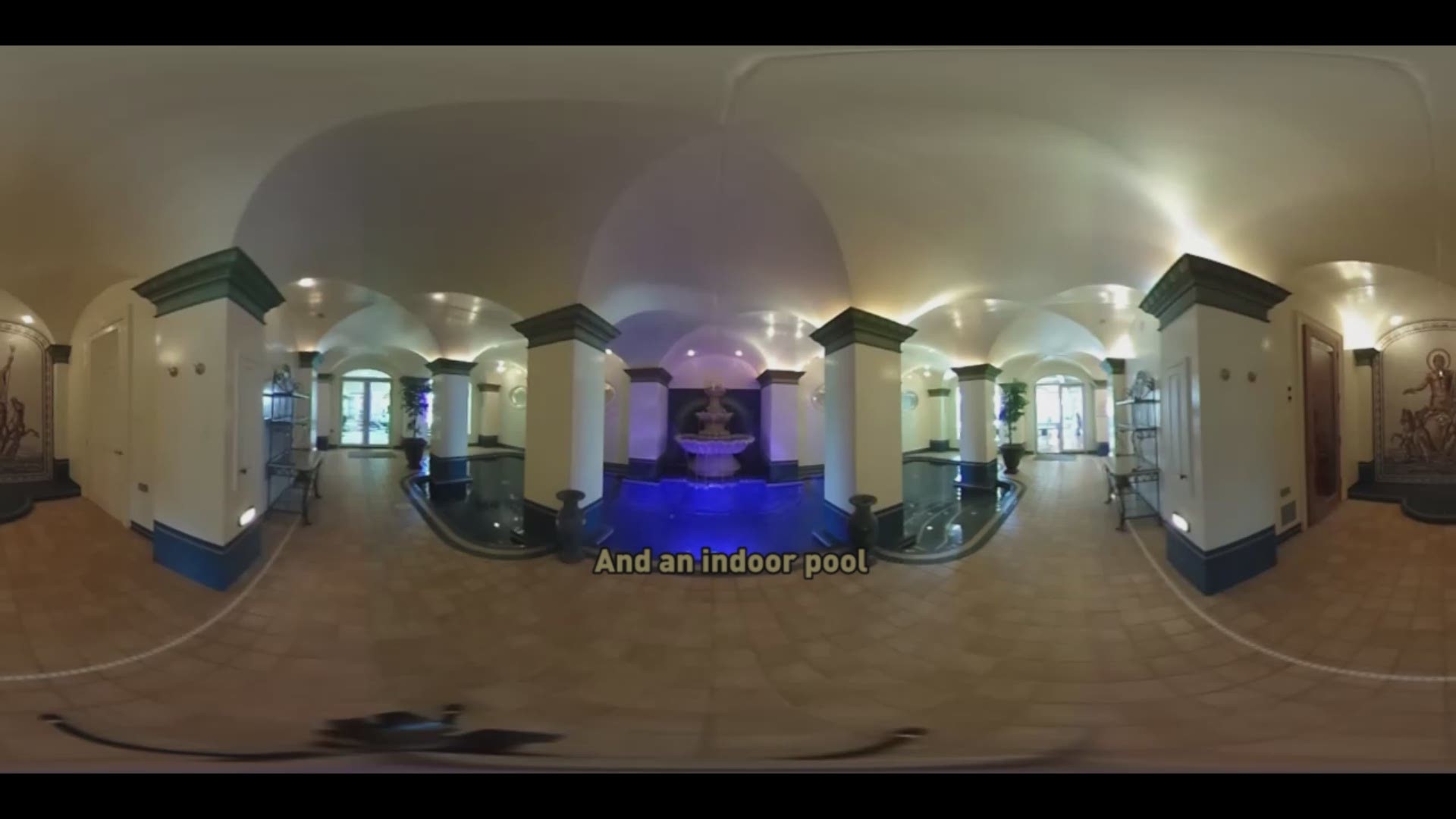 "It's just an amazing piece of property, like none other I've ever seen," said Debbie Ellion-Sexton with Alliance Sotheby’s International Realty. "From the marble balconies, you can see the Smoky Mountains and then the Tennessee River. I just think it [the Villa Collina] is an icon in Knoxville."

"It took five years to build. I was the architect for the original owners," said Karengaye Johnson. "This place is very special. The goal was to build an Italian villa in Knoxville."

Johnson said it’s easy to see the thoughtful designs throughout the various wings of the home, which also includes several secret passages you cannot see.

The view from the foot of the bed at Villa Collina's master bedroom.

The bedroom closet seems larger than some dry cleaners and also features some of the same equipment. Mechanical clothes racks send a woman’s wardrobe spinning throughout the closet.

Marble columns, rails, and floors abound throughout the Villa Collina.

When the wine has reached its time, there is the gigantic cellar and cantina.

Construction on the house began in 1995 and concluded in 2000. Johnson said she takes pride in her role in constructing a divine home.

The wall of the wine cellar at Villa Collina is also hidden mechanical door.

"I believe architecture is a gift from God for me. So how can you not be thrilled that God would use your talent to build a structure like this? It is as fabulous as I remembered it. I hope whoever buys it appreciates all of the effort that went into building a structure like this," said Johnson.

The original owners sold the property in 2011 for $8.5 million and included the furniture for an additional $1 million.

“Today, if you had to rebuild this property, you couldn't do it for under 19 million dollars," said Elliot-Sexton.

The auction on October 26 has no limit and no reserve, but a prospective buyer can skip the auction and buy it now for the listed price of $13.8 million.

Whoever wins the auction for this massive house will also incur some massive annual tax payments. Combined property taxes from the City of Knoxville and Knox County total around $102,000 a year.

Architect Karengaye Johnson climbs the main staircase at the entrance of Villa Collina.

Even with all of that sticker-shock, the sellers have already received some early bids.

"There will be a new owner come November. I think whoever buys it this time will be someone with a family, who actually likes to entertain, and will enjoy every inch of this property," said Elliot-Sexton.

“This home is definitely appealing to a certain class of individual, from a financial perspective as well as lifestyle," said Pruitt. “This home comes with a certain level of celebrity status."

The back deck of the Villa Collina features a cupola and an infinity pool.

The Villa Collina has been featured prominently in various movies and television programs. The 2016 film “Dog Years" with Burt Reynolds shot several scenes in the home, but the movie will likely portray the property as a posh hotel. HGTV also featured the home in its program “Million Dollar Rooms."

For more information on the upcoming auction and contact information for Brad Pruitt, visit the Signature Luxury Auctions website.

View of sloping waterfront property at the rear of Villa Collina.