'Arrowmont Lives On': Gatlinburg School of Arts and Crafts rebuilds after wildfires

"Arrowmont lives on." That’s been the mantra at the School of Arts and Crafts since the morning after the wildfires. A year later, hope fills the Gatlinburg institution as new construction replaces charred remnants of the fire. 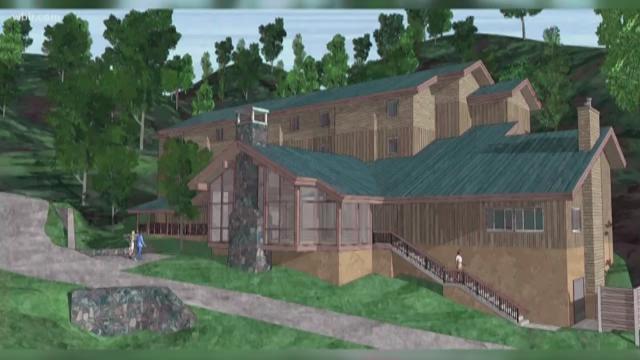 Like everyday at Arrowmont School of Arts and Crafts, a work of art is taking shape on the 13-acre Gatlinburg campus. However, it’s larger than the school’s typical masterpiece.

“When I go up and see the new construction, it brings back memories,” said Bill May, Arrowmont executive director. “It’s not an experience that anybody’s going to forget.”

May wishes he could erase the images marked in his memory. The November 2016 wildfires destroyed two of Arrowmont's dormitories and a maintenance building.

“When I got in the next morning (after the wildfires) in the dark and my headlights started hitting buildings, I simply started an inventory,” May remembered. “It was very emotional just to realize we’d come through it and that the school had survived. It was a kind of a count your blessings sort of thing.”

Now a year later, May continues to count Arrowmont’s blessings.

“I think of how much has happened since then. We’ve had a full workshop season, a record season for everything we’ve done since then,” he said. “Arrowmont really hasn’t missed a beat as far as the operations of the school.”

“We’re building a four-story dormitory. It will have 42 rooms and an apartment and we’ve done some upgrades," May said.

Even though it won’t be finished until June, guests are already booking reservations.

“This new structure is primarily a masonry structure. It’s built like a hotel with lots of concrete and it has a metal roof,” May described. “So we definitely are being cognizant and building back as fire wise as we can.”

Instead of looking back, Arrowmont is focusing on the future.

“I think the biggest thing that came out of this whole experience was the fact that we learned how valuable Arrowmont is not only to this community, but nationally, internationally,” May said.

In addition to the new dormitory, the school is relocating its main entrance off the parkway to Baskins Creek Road. Within the next year, Arrowmont will also look at rebuilding the maintenance building.

The school is also working with the East Tennessee Historical Society and the University of Tennessee to move Arrowmont’s paper archives to Knoxville.