From veteran issues to sickness or loss, Adam Kollar has been through it and he's hoping to help kids going through difficult situations. 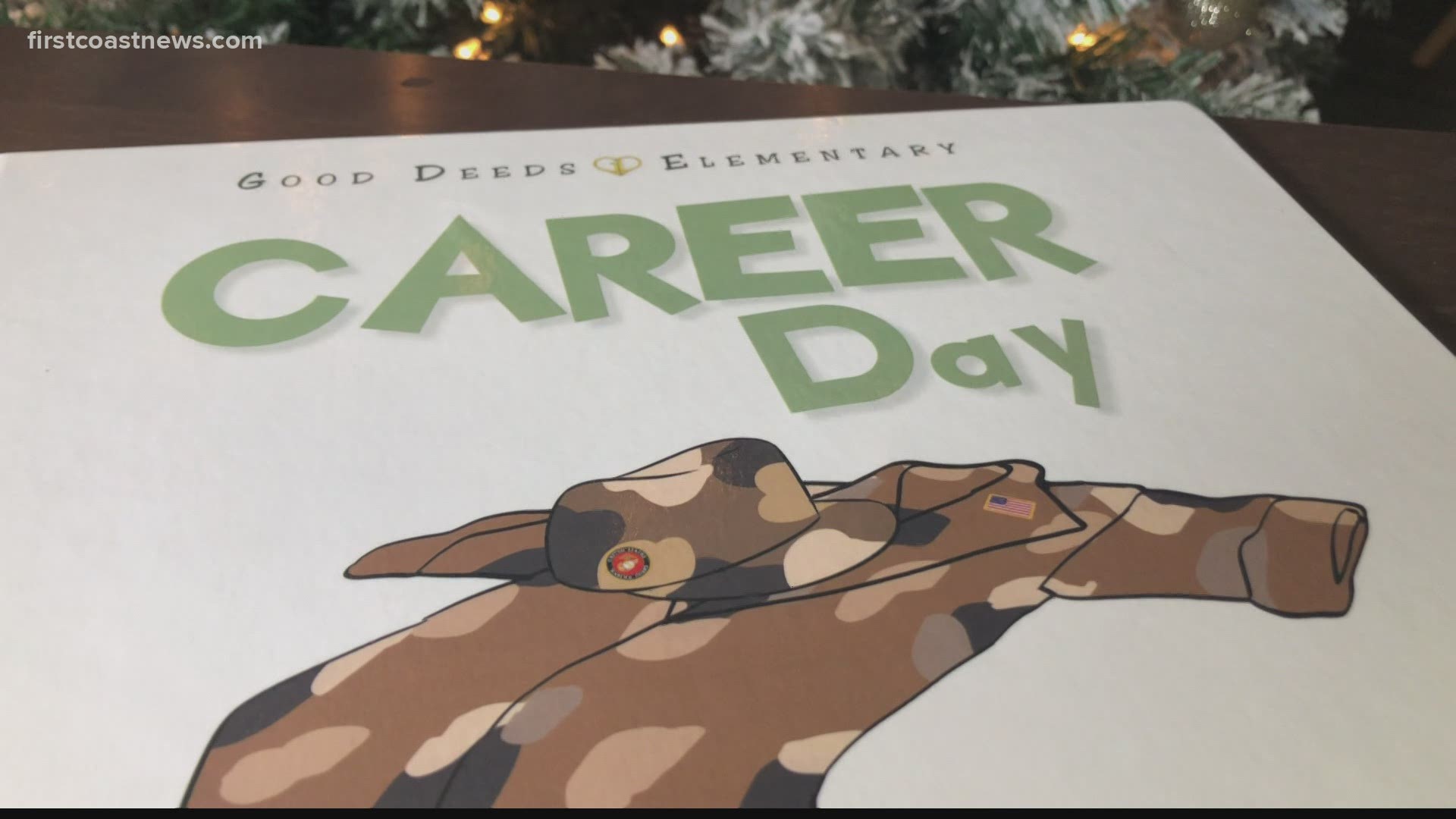 JACKSONVILLE, Fla — Sickness, loss, and sacrifice: we all go through these things, but how do you talk to a child about these topics?

A Jacksonville veteran is hoping to help with that by writing children’s books inspired by his experiences.

Adam Kollar served in the Navy for six years. Five of those at NAS Jax.

“I’ve always had a passion for my country and an appreciation for the sacrifice they’ve made," he said. "I feel like a lot of times the sacrifices the families make, it goes unnoticed."

He’s gone through struggles in the military and as a civilian. Kollar lost his father to suicide in 2018 and his mother to cancer in 2020. He knows it’s a lot but he also knows he’s not the only person going through these things.

Being a father of three with another on the way, he wants to help kids going through it too. His debut book focuses on military families.

“Career Day” is a book about military appreciation written by a #Jacksonville veteran. Adam Kollar was in the @USNavy for 6 years, 5 of those at NAS Jax. This is book 1 or 6 children’s books he’s writing covering topics from wounded vets to losing a parent. #GMJ pic.twitter.com/WQcfrFHUqt

”Growing up I didn’t have books like these you know, so if I can help one family kind of understand and get through it, I’d be more than happy to do it," said Kollar.

"Career Day" is about a boy bringing in his father for career day. His father is a wounded veteran and the young boy comforts him. The class honors the veteran. In the book, the young boy acknowledges his father's sacrifices and fears.

Kollar’s second book is set for release in February and it is about a child going through cancer. He says he wrote it while his mom was fighting cancer. Kollar's mom passed away in April.

"Misery loves company and it’s nice to know you’re not the only person going through difficult times," Kollar said. "The loss of a parent. A Broken heart. When you are able to have that support, it really helps.”

You can find his book here for purchase. Twenty-five percent of proceeds from this book will go to the Yellow Ribbon Fund.