The historic “pause” in recruiting by the U.S. Army meant a delay in basic training but also more pay for some recruits. 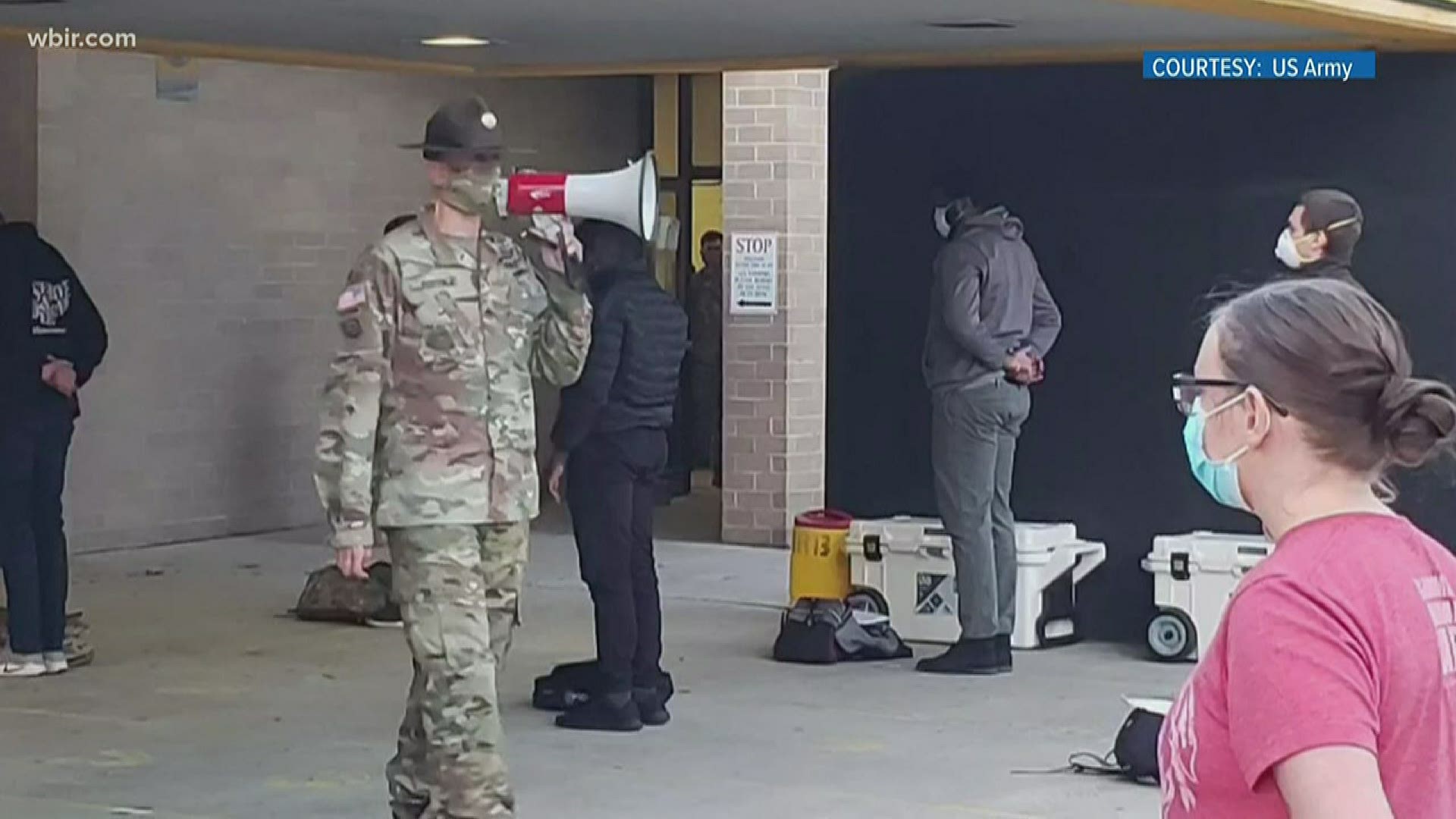 KNOXVILLE, Tenn. — What the Army calls a historic “pause” in recruiting impacted close to 130 future soldiers from the Knoxville area during the last several weeks.  The COVID-19 pandemic forced the Army to delay basic training for incoming recruits across the country.

“If you were in Knoxville, for instance, you would have waited, and if you were supposed to ship out to basic training we put a halt and that pause, and so they would start resuming now,” said LTC. Rick Frank, the Nashville Army Recruiting Battalion Commander covering Tennessee, Kentucky, parts of West Virginia, and Indiana.

LTC Frank said the Army paid future soldiers who were impacted by the historic delay an incentive of $2,000, if those recruits faced a 30-day halt before heading to basic training.  More money went to specific recruits facing other hardship cases.

“We know some people gave up their careers and we have brought them onto the books and started paying them,” explained LTC Frank.

The pandemic forced the Army to rework the traditional 10 weeks of basic training by front-loading work in the classroom and practicing social distancing in the field.

“Just like everybody else, whether you are a school teacher, a businesses leader, you’ve had to adapt. The Army is known to adapt and overcome so we’ve done that,” said LTC Frank.

The veteran Army recruiter noted Knoxville is one of the top areas in the country, noting from Fiscal Year October 2018 to September 2019 the regular Army and Army enlisted 137 soldiers.  In the first half of this year they have seen a marked increase with 213 recruits about six months into this Fiscal Year.

“There is no better time than now to serve your country,” added LTC Frank who pointed out the Army has close 150 jobs that include training in many frontline healthcare positions.