The final hearing for a petition to remove the bust of Nathan Bedford Forrest from the Tennessee Capitol will now happen in March. 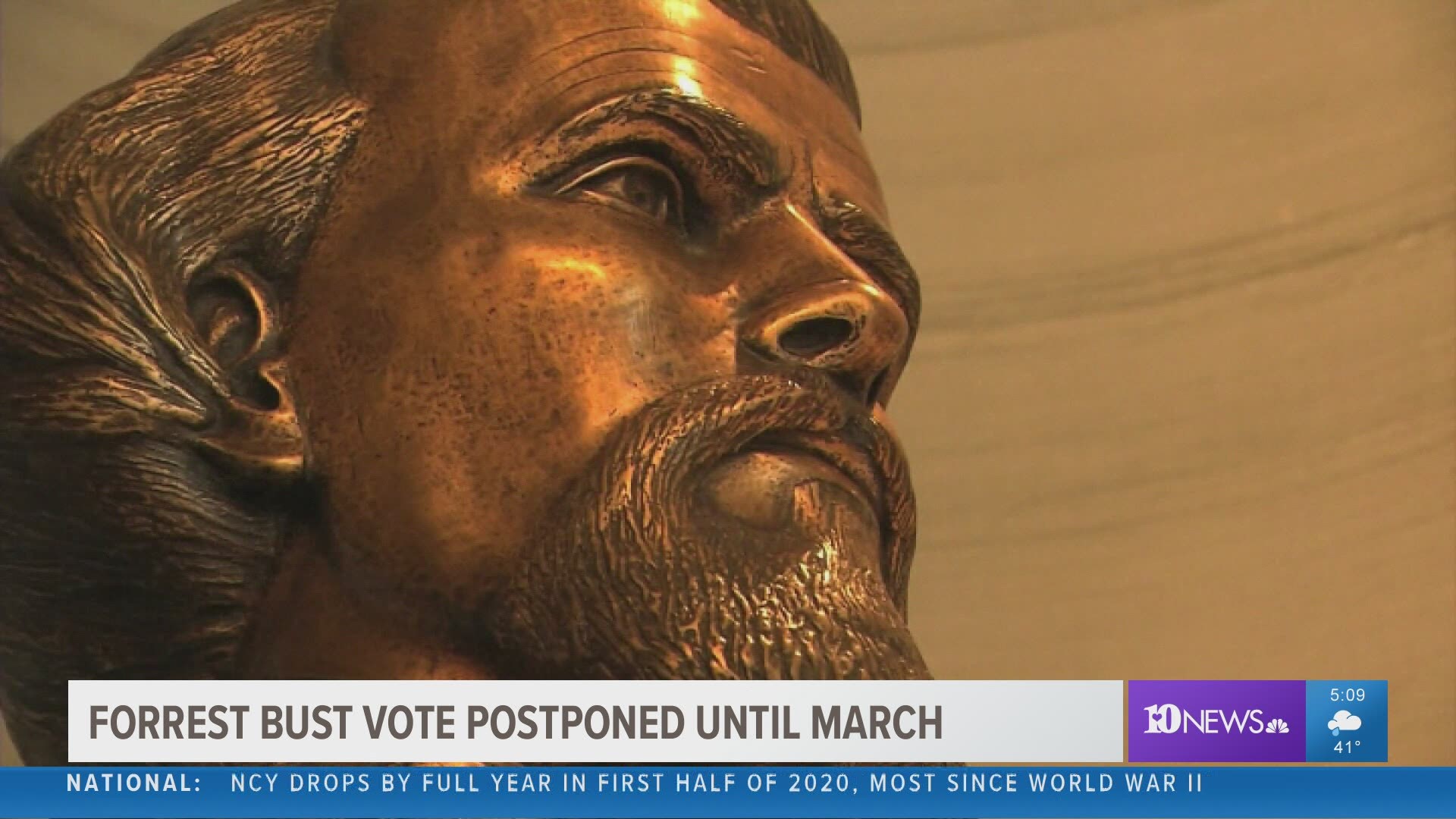 NASHVILLE, Tenn. — A bust of Nathan Bedford Forest, a Confederate general and Ku Klux Klan leader, may soon be removed from the Tennessee Capitol.

Last year, Tennessee's Capitol Commission voted to move the bust to the Tennessee State Museum in Nashville, 9-2. Commissioners said that it's important for people to see the state's history in full context, without erasing its context.

"I commend members of the State Capitol Commission for taking up the Nathan Bedford Forrest bust issue and arriving at a thoughtful resolution that provides important historical context for the bust at the State Museum," Governor Bill Lee said after the commission voted. "Scripture implores us to live in peace and unity, and I believe today’s actions reflect this and our commitment to remembering all parts of our past."

The Historical Commission's vote would finalize the decision to move the bust.

The state commission also voted to approve an amendment to move the busts of Civil War hero and U.S. Navy Admiral David Farragut and Admiral Albert Gleaves from the capitol to establish a Civil War exhibit in the museum.

If the Historical Commission approves the measure, the next step would be to decide which historic figures would fill the three vacant spaces in the state's capitol. One lawmaker suggested looking at women who made large impacts on Tennessee's history.