Q&A with Tennessee head coach Jeremy Pruitt as he begins his first spring practice as a Vol. 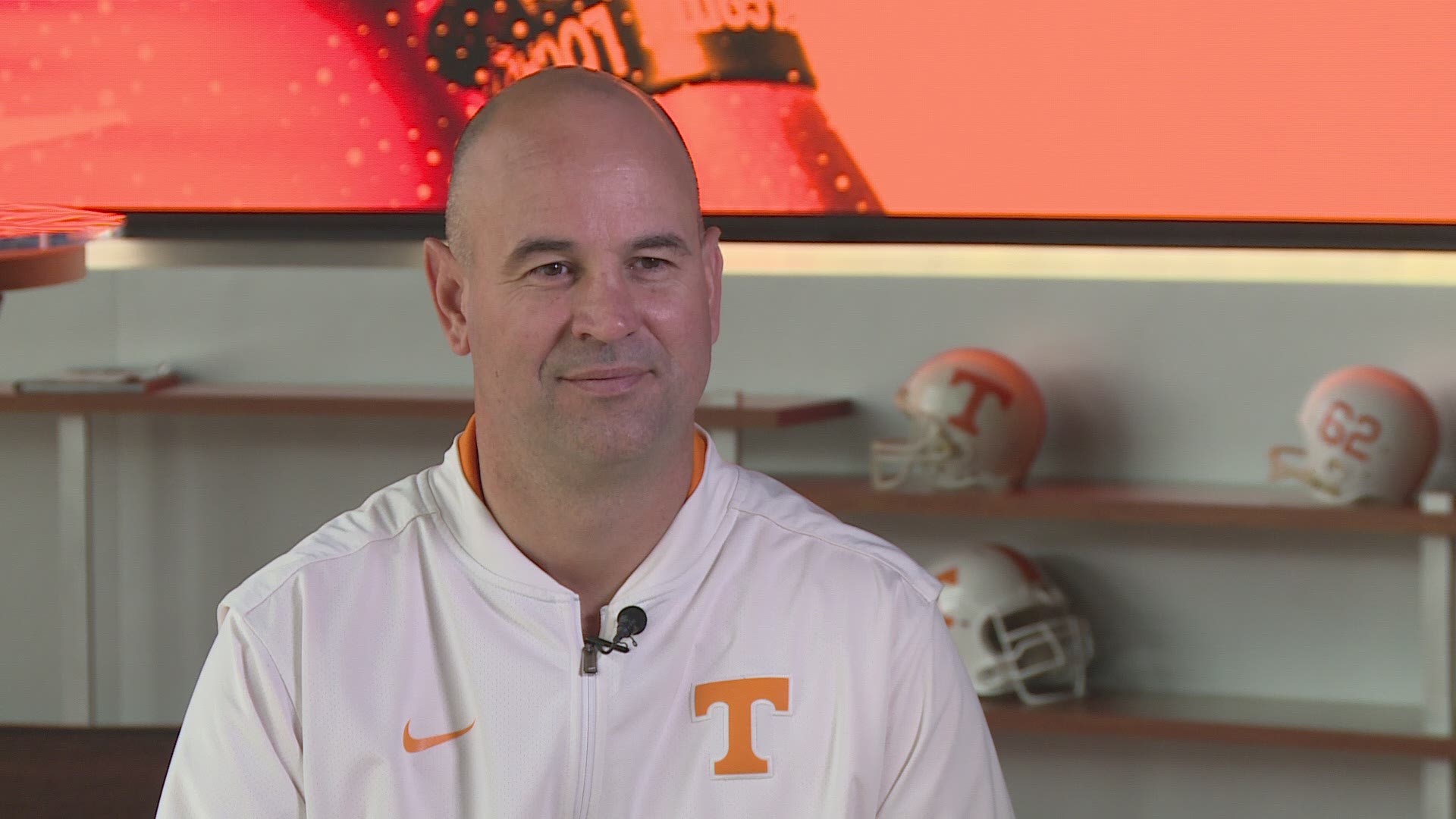 Pruitt won five national championships as an assistant at Alabama and Florida State.

WBIR sat down with Pruitt for a one-on-one interview on Monday afternoon. We'll have plenty of opportunities to talk football with Pruitt during the course of spring practice, so we decided to try to get to know him a little better on a personal level.

We started with a quick rapid fire segment on some of his favorite things:

Alabama (Note: Pruitt is from Rainsville, Ala. about 10 miles from Fort Payne, where the band was formed)

WBIR: What do you like to do outside of football to relax or have fun?

Pruitt: I like spending time with my family. I have three sons and Jayse is 22, me and him like to play golf. The other two guys are 2, and 9 months, so they're not hardly ready to pick up the sticks yet so I spend time at the house with them.

WBIR: How did you meet your wife?

Pruitt: Actually at Florida State (where Pruitt was defensive coordinator in 2013), she worked in the office there and probably the first day I was on the job she walked by and she worked in compliance and we were talking about recruiting.

WBIR: So she's into football just as much as you are?

WBIR: What do you love most about football?

Pruitt: I like watching guys grow and develop. You see guys come in as 18-year-olds that have lots of talent, but over the next three to four years they grow to become men that understand the game, understand how to prepare. They gain knowledge. That's the most rewarding part and watching them get their degrees.

Pruitt: Well it's hard to do I can tell you that. You sit there and have to win 13, 14, 15 games and get guys to compete and prepare and do it week after week against great teams, so it's tough to do.

WBIR: You've been here a couple months now, what have you learned about Tennessee over the last couple months that maybe you didn't know before you got here?

Pruitt: I learned the other day about the checkerboard, that was new for me. Me and (offensive line) Coach (Will) Friend went on a walk, he took me down where the Vol Walk goes, we walked around the stadium and he was showing me all the different streets, so it's pretty interesting.

WBIR: You were part of rebuilding a proud program at Alabama as the Director of Player Development (starting in 2007), when that started, what did you learn from going through that, that you can apply here at Tennessee?

WBIR: As far as spring practice goes, what are you looking forward to about the spring and what do you want to get out of it?

Pruitt: I'd say the first thing is, we want to learn how to practice. We want to create the right practice habits. We want to see guys who can absorb knowledge from the offensive, defensive, special teams playbook. We want to see who the real competitors are, who has discipline, how we handle adversity. There's lots of things we need to find out about ourselves.