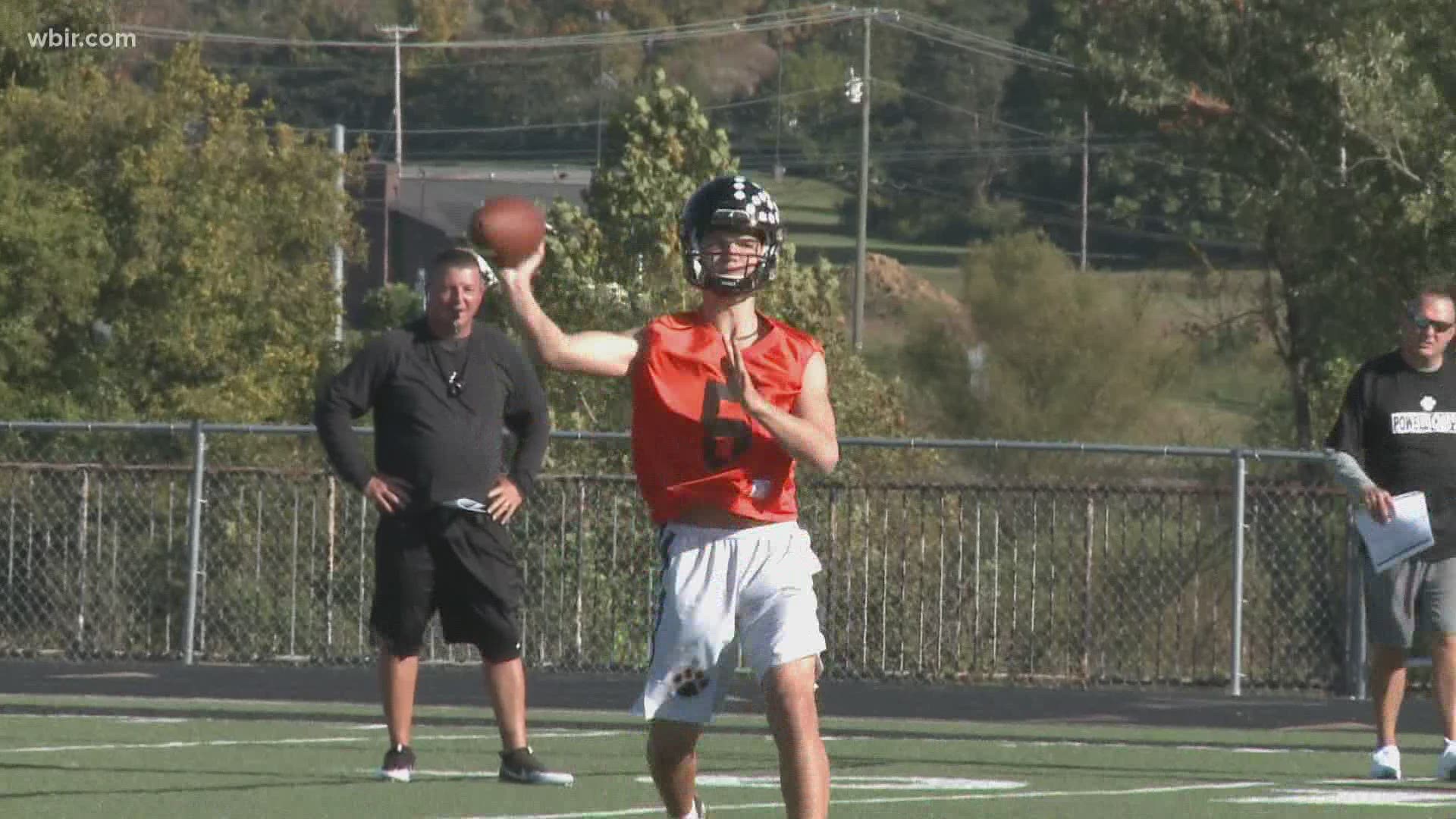 POWELL, Tennessee — Jordyn Potts has been one of the brightest starts of the 2020 high school football season. Through six games, sophomore quarterback averaged over 260 passing yards per game and threw 18 touchdowns.

He completed four touchdown passes and ran for a fifth in Powell's win over Campbell County on Oct. 2. He won our player of the week poll in a landslide, receiving nearly 50 percent of the votes.

"You could say it feels pretty good, but it wasn't just me. I had four touchdowns to four different receivers, so I was able to hit everybody whenever they were open," Potts said.

Potts has been one of the more accurate quarterbacks in East Tennessee this year. He's completed nearly 65 percent of his passes. He admits to aiming for perfection every game, but knows it is not realistic. He said the number one thing is to have fun.

With a player like Potts at quarterback, Panthers offensive coordinator Josh Jones can really open up the playbook.

"He's a student of the game. I put way more on him than, probably, a normal sophomore. It's not by design, it's because he can handle it," Jones said.

With Potts under center, Powell started the season 7-0, before falling to West on Thursday night. The Panthers aim to bounce back in two weeks against Oak Ridge.