Watch video of Rick Barnes' emotional message to his team after their tremendous season came to an end on Thursday night. 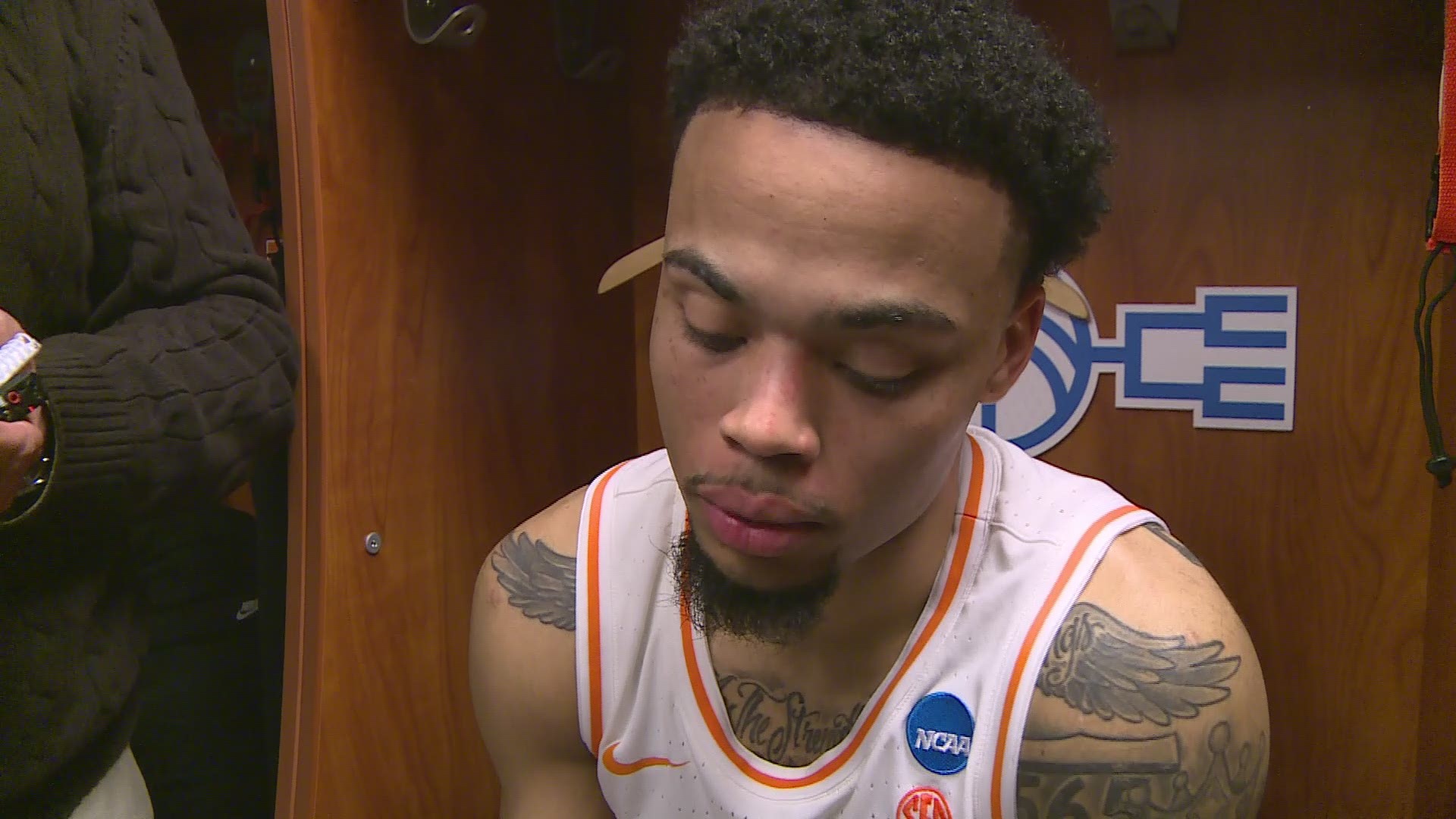 LOUISVILLE, Ky. — "That's the toughest part. This team won't be together again."

Rick Barnes said that to his Vols in the locker room after Tennessee's overtime loss to Purdue in the Sweet 16.

Then he paused a few moments to collect himself.

"For four years I know what those guys did and how they set the standard. At the end it just didn't go our way, but you have a lot to be proud of," Barnes told his players as they sat in the locker room in tears, with their heads buried in their hands or towels over their faces.

Barnes gathered everyone in the middle of the room for a prayer. Then as he made his way out to his press conference he hugged each senior and quietly said a few words to each one.

See his full message in the video below: