Officials said that the Greycraft would be the first autonomous water taxi and that people would be able to order a ride on the water through an app. 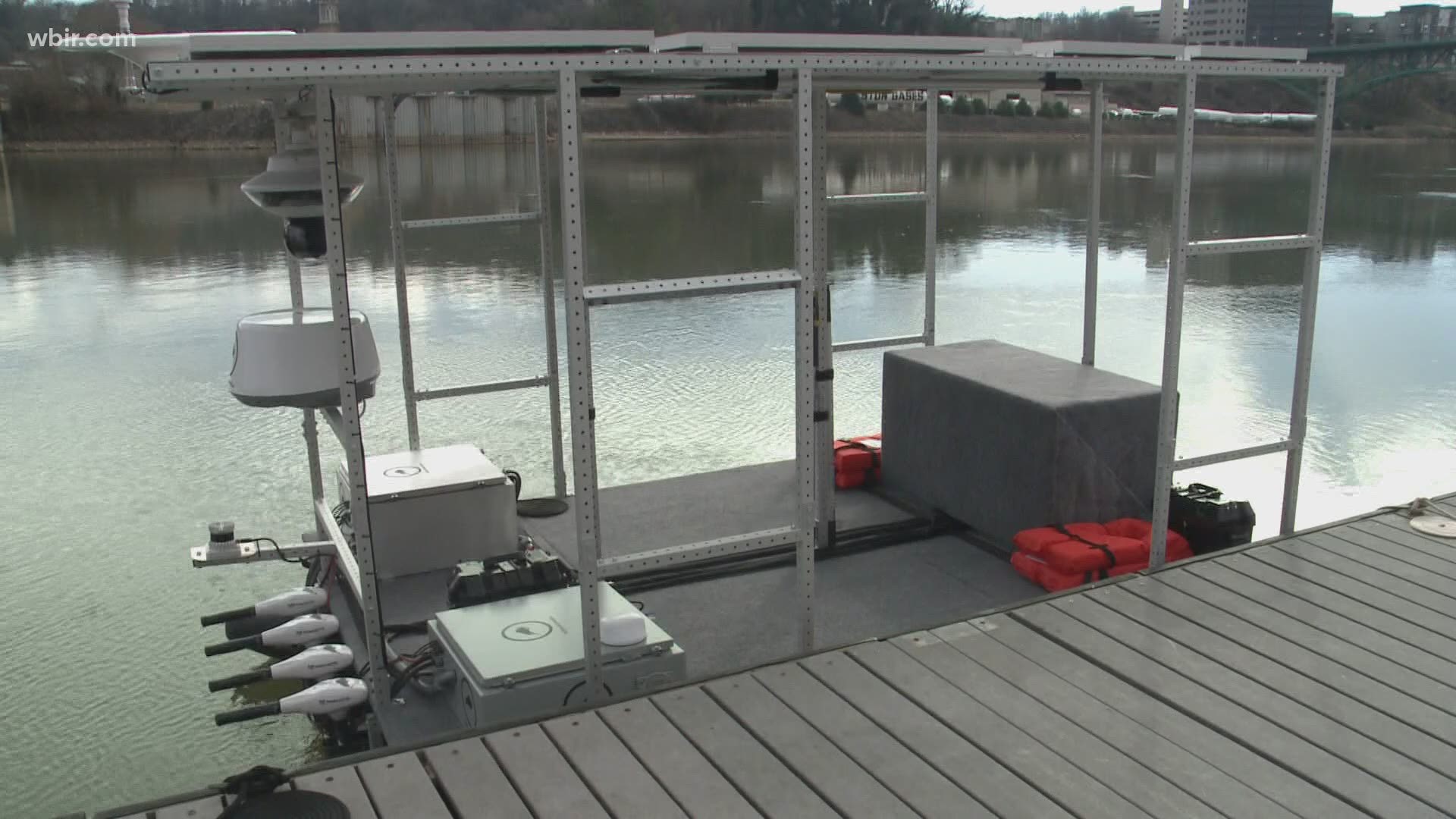 KNOXVILLE, Tenn. — East Tennessee may soon have the first autonomous water taxi — a boat that drives itself!

The boat is called "Greycraft," which uses cameras, laser scanners, radar, satellite, GPS and compass information to see around the water and guide itself. Buffalo Automation showed it off during an event at Volunteer Landing Thursday afternoon.

Thiru Vikram, the CEO of Buffalo Automation showed it off alongside Knoxville Mayor Indya Kincannon. Officials said that they hope Greycraft will start operating in spring 2021. They also said they hope to open a facility in East Tennessee.

The boat is always creating an updated map of its environment, officials said. It also uses solar panels on its roof and electric motors to avoid polluting the water. As a result, the boat is also very quiet.

Officials said that everyone should have a chance to enjoy boating and wanted to give people more opportunities to get on the water. People will be able to order a ride from Greycraft on a phone app and enjoy the river or lake without having to spend money on their own boat.