Jupiter will shine brightly in the night sky on Monday; here's how to see it

The biggest planet in the solar system will make its closest approach to Earth on Monday night. 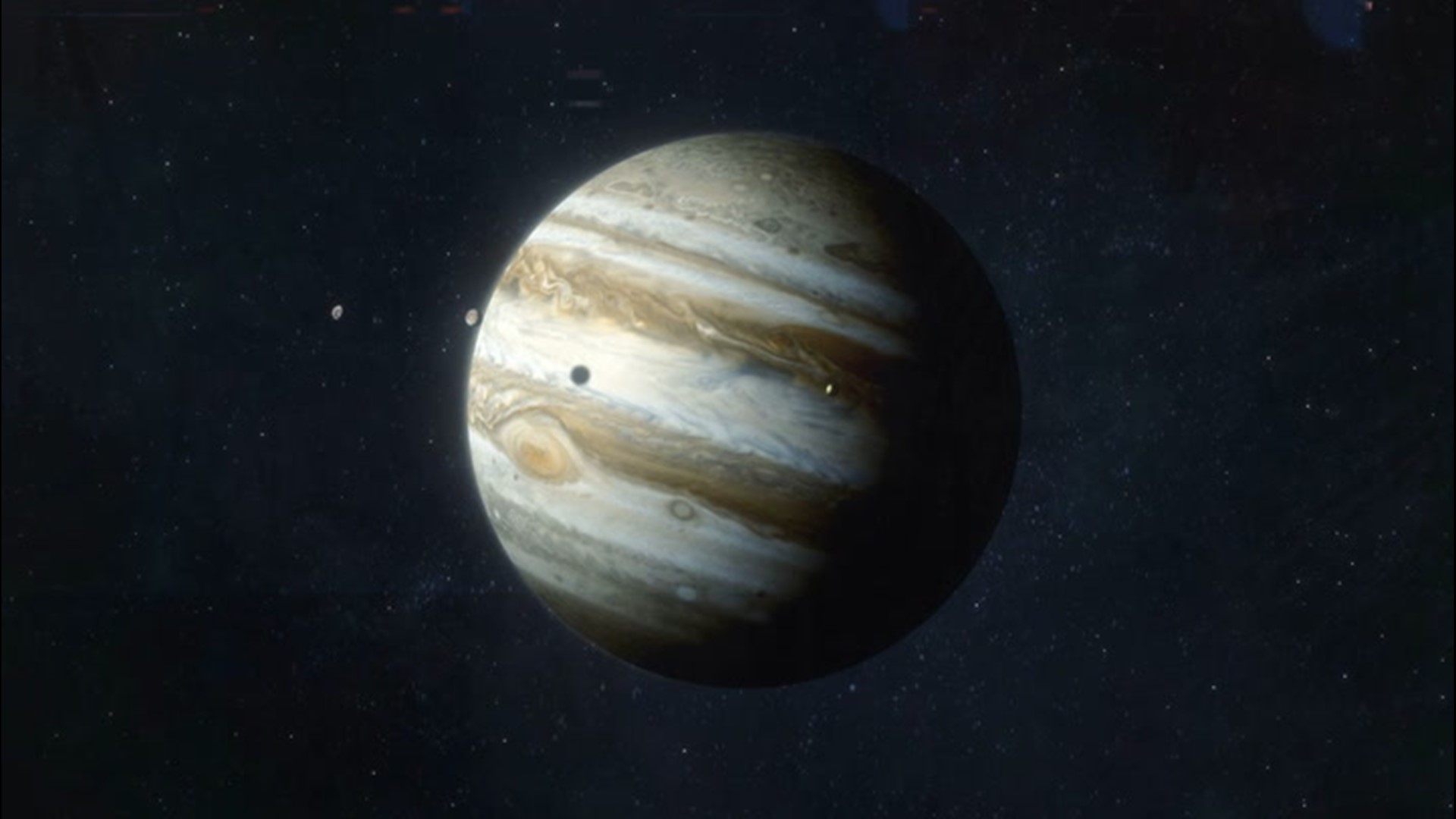 The biggest planet in the solar system will make its closest approach to Earth on Monday night, giving stargazers of all ages something to spot after the sun sets.

Comet NEOWISE has stolen the spotlight recently and will start to appear in the evening sky by midweek, but stargazers may also want to step outside on Monday night into Tuesday morning to look for Jupiter.

"On Tuesday morning, July 14, 2020, the planet Jupiter will appear opposite the Sun as seen from the Earth (called "opposition")," NASA said.

When a planet is at opposition, it is the best time to look for it in the night sky. This is the point in its orbit when it's closest to the Earth, making it appear brighter than other times of the year.

Jupiter will be visible all night long, rising in the southeast around sunset and remaining above the horizon until sunrise when it sets in the southwest. The best time to look for the planet is between midnight and 2 a.m. (local time) when it is at its highest point in the sky, as long as Mother Nature cooperates.

Many people across the U.S. will have mainly clear conditions on Monday night for uninterrupted views of Jupiter. This includes cities such as Baltimore, Atlanta, New Orleans, Salt Lake City and San Francisco where the planet will easily be visible despite light pollution.

Some clouds are in the forecast for the southern Plains, but there should be enough breaks in the clouds for folks from St. Louis through Oklahoma City to be able to catch occasional glimpses of the planet.

Unfortunately for those in New England, Quebec and the western Great Lakes, thick clouds and rain will blanket the sky on Monday night.

Folks will continue to see Jupiter in the evening sky throughout the rest of 2020, but it will gradually appear dimmer and dimmer heading into autumn and early winter as it moves farther away from the Earth.

The Jupiter opposition may not be a dramatic astronomical event, but it is the best time of the year to observe the planet, presenting new telescope owners with the perfect opportunity to see an interesting object that is easy to find. Most binoculars can also show some extra details that the naked eye can't see.

"With an inexpensive pair of binoculars, it's quite easy to spy Jupiter's four largest moons: Io, Europa, Ganymede, and Callisto," NASA explained. "These four moons are often referred to as the Galilean moons as they were first observed using a telescope by astronomer Galileo Galilei in 1610."

A bigger telescope with more magnification power can reveal a few more features of Jupiter, including the planet's weather. Jupiter has bands of red clouds that circle the planet and the Great Red Spot, the biggest storm in the solar system.

Once folks identify Jupiter, they should also look off to the left of the planet to spot Saturn, the second-largest planet in the solar system.

Saturn, while not as bright, will be easy to spot as it will be next to Jupiter throughout the entire night. The ringed planet will be reaching opposition about one week after Jupiter on Monday, July 20.