The annual parade stepped off at 10:45 a.m. from the Knoxville Civic Auditorium and wound through downtown. 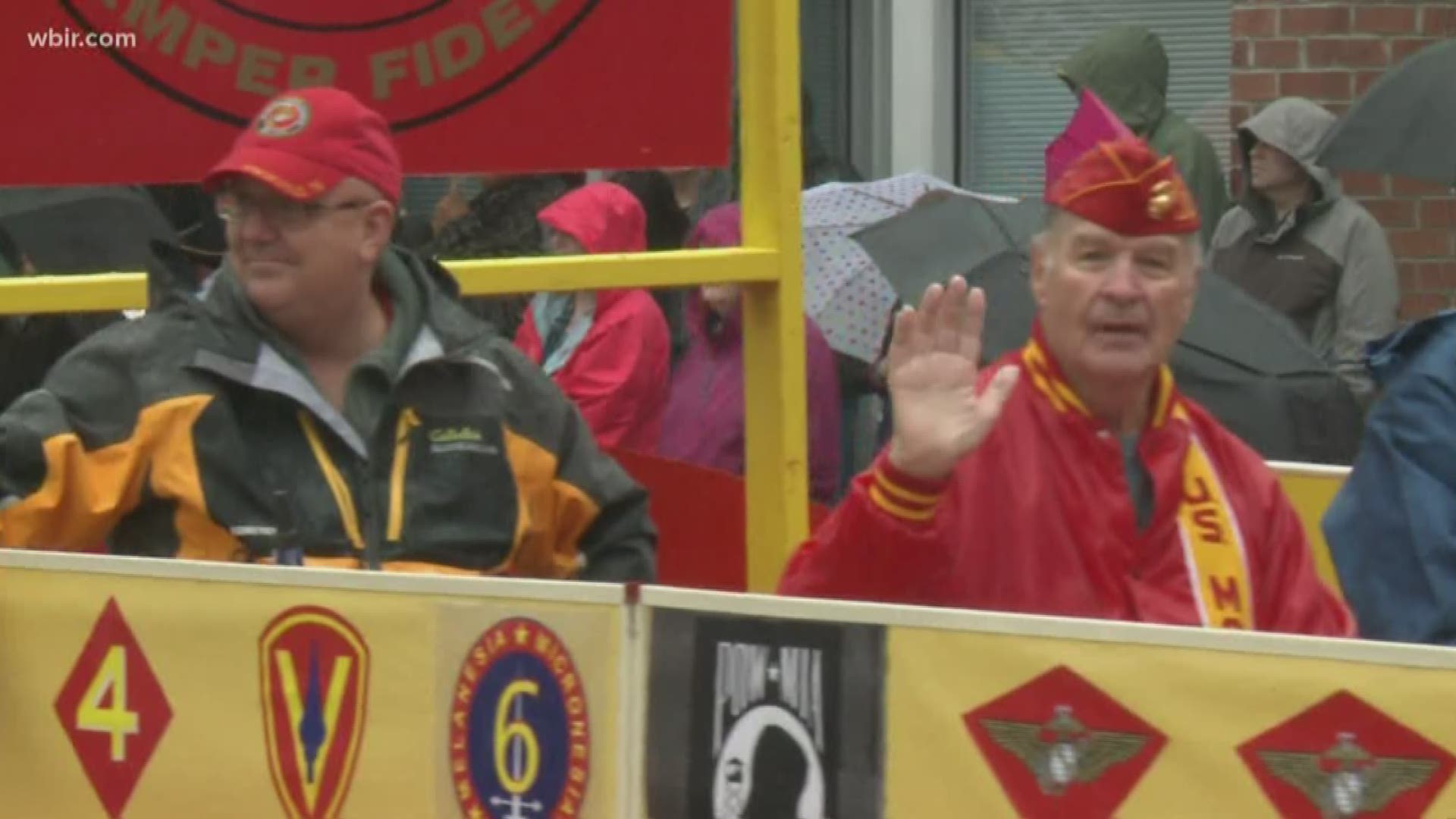 The parade stepped off at 10:45 a.m. at the Knoxville Civic Auditorium, proceeded west on Church Avenue and turned north on Gay Street.

At 11 a.m., the parade stopped near Mast General Store for a ceremony for attending veterans. The parade then continued down Gay Street to Magnolia Avenue.

You can watch the parade here: