Remembering Juno: A boy, his dog, and their special bond

Juno the Dog was hours away from being euthanized but was saved by a local family for a greater purpose. 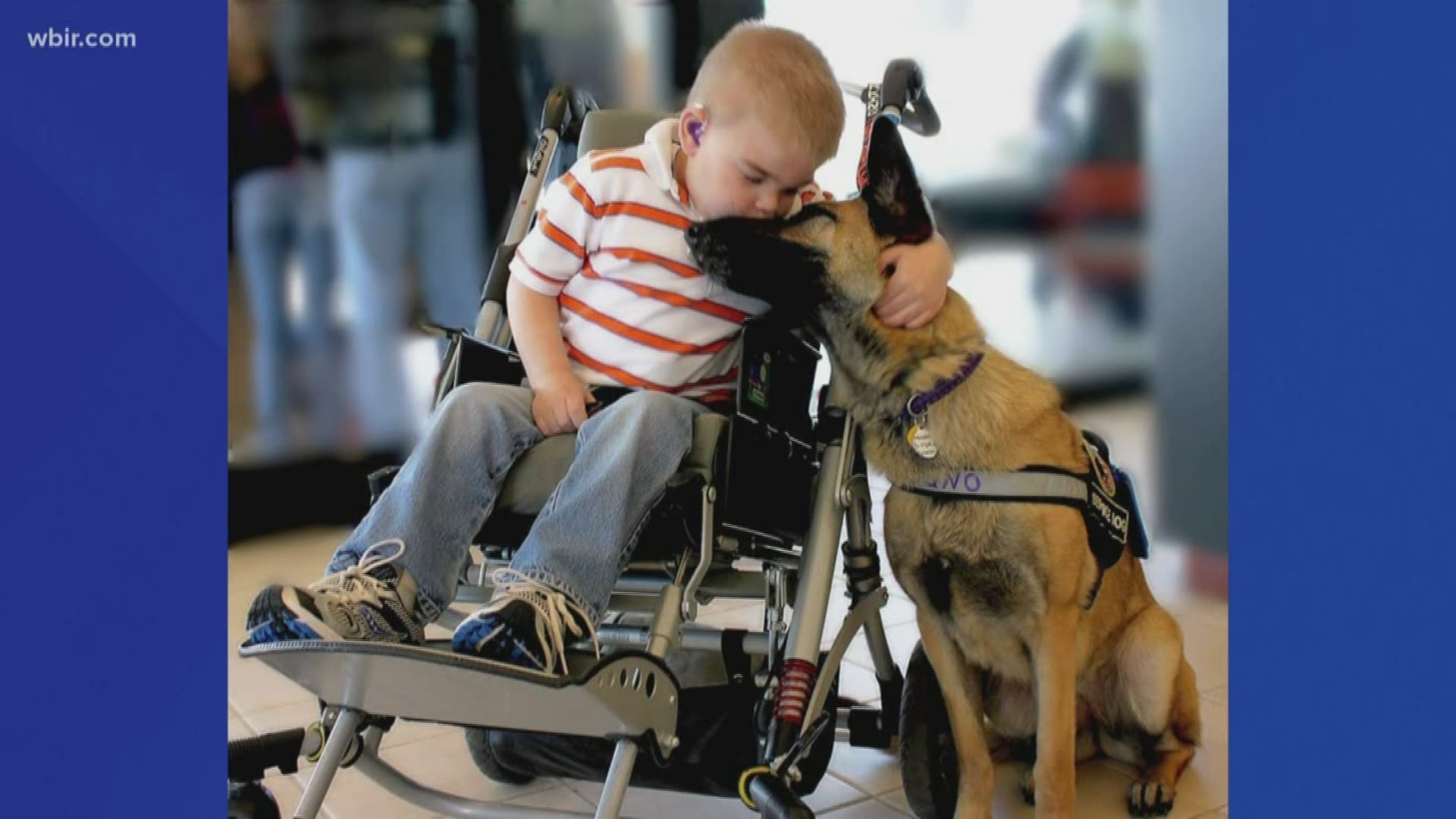 KNOXVILLE, Tenn. — The Hembree family has lost a special member of their family: Juno the service dog. The family reported the loss on their Prayers for Lucas Facebook page.

In 2012, Russell Biven shared the story of Juno and Lucas -- the little boy and his service dog that became inseparable despite the odds against both of them.

Lucas was born with Sanfilippo Syndrome, a rare genetic condition. Doctors told his family that it would be good for him to have a service dog, which would cost around $15,000.

Chester Hembree was familiar with K-9 training through work he did in law enforcement. He knew the kind of dog he needed to train to help his son, went searching online and found a dog in Bristol, Tennessee.

That dog was Juno, and she was just 24 hours away from being euthanized. Chester called the shelter and told them not to do anything, that he would be up to get her.

With that phone call, multiple lives were changed.

Juno was saved and brought to East Tennessee in 2010 to become the service dog she was born to become. Lucas' life changed because he had a dog that would guide him, keep him calm, and detect when was about to have a seizure in the middle of his night. Lucas' parents lives were changed because they now had peace of mind about their son.

"Out of all of Juno's accomplishments she will always be remembered as a hero to our family," Chester Hembree wrote on the Prayers for Lucas Facebook page.