Both Don and Phil Everly were early rock 'n' roll icons and were inducted into the Rock 'n' Roll Hall of Fame in 1986. 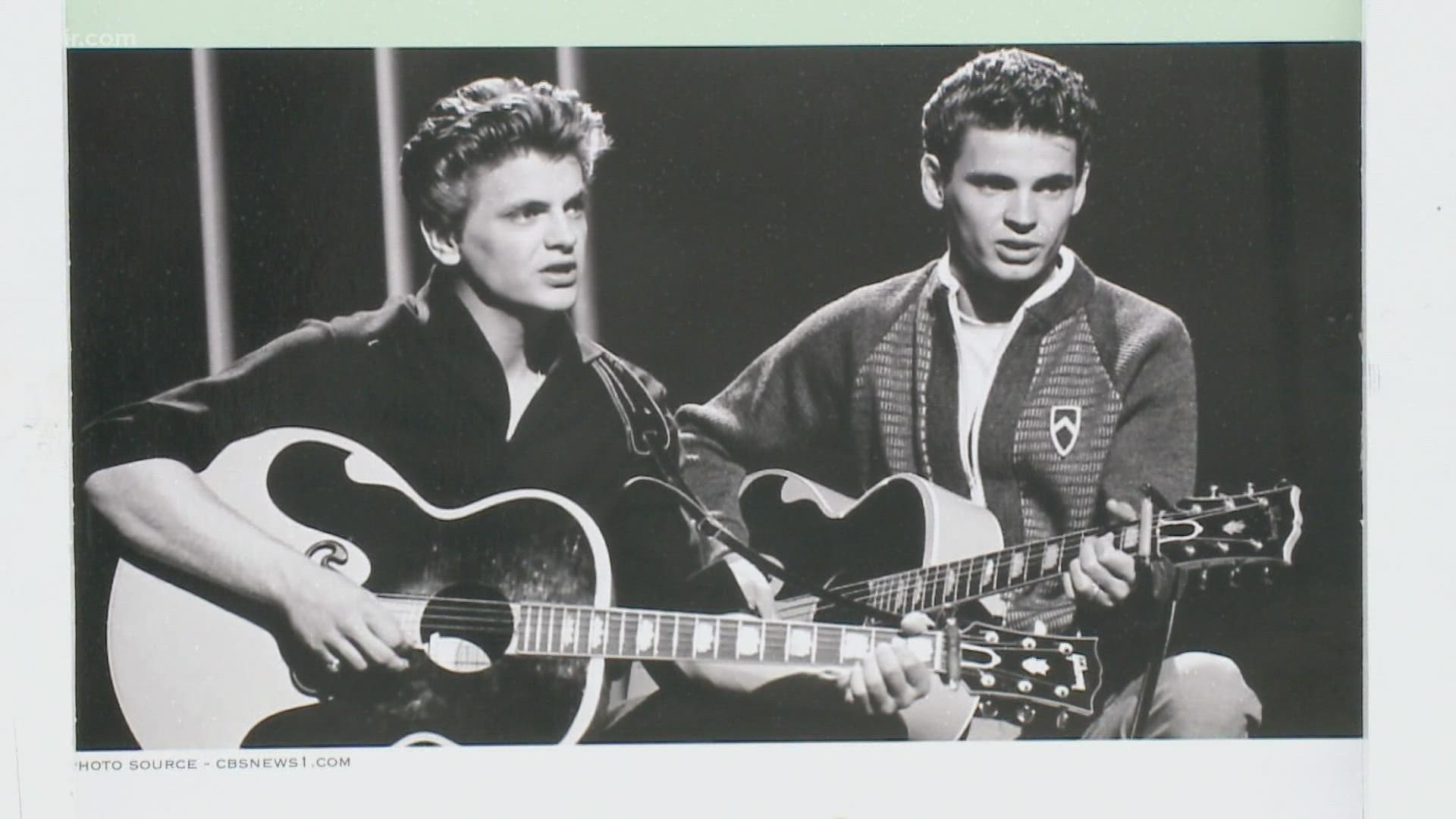 NASHVILLE, Tenn. — Don Everly, part of the early rock 'n' roll duo the Everly Brothers, has died in his home in Nashville, Tennessee on August 21. He was 84.

Before becoming the generation-defining musical group they were known as, the two brothers moved with their family to Knoxville, Tennessee in 1953 where they attended West High School. Don graduated from West High in 1955.

Don and Phil's earliest performances were at the Cas Walker Farm and Home Hour radio show on WROL-AM before Chet Atkins, a manager of RCA Victor's studio in Nashville, offered to uplift their careers.

"Cas Walker said those 'long hair boys' aren’t going to make it," former city councilman Duane Grieve said. "Of course when they moved to Nashville and began their singing career there, it really blossomed."

The two became a hit during the 1950's and 60's with a combination of their iconic harmonies and guitar-strumming focused tracks. Their songs defined a post-war generation with hits like "Bye Bye Love", "All I Have To Do Is Dream", "Wake Up Little Susie" and "Let It Be Me."

The brothers left their mark upon early rock 'n' roll history and influenced other popular musical groups that came afterwards. The Beatles and Simon and Garfunkel famously attributed the Everly Brothers as a key influence on their careers. The Everly Brothers were inducted into the Rock 'n' Roll Hall of Fame in 1986.

The brothers also left their mark in Knoxville. The Everly Brother Park in Kingston Pike held its dedication ceremony back in June 17, 2019. The park sits less than a mile away from West High School.

Along the park's main pathway, legendary musicians from Carole King to Paul McCartney sent quotes to be inscribed in the sidewalk detailing the impact the Everlys had on their music.

"The Everly Brothers' impact exceeds even their fame," Paul Simon wrote. "The Everlys were part of the birth of rock n roll."

Their legacy lives on.

"I don’t think the harmony or the type of music they have will ever end," Grieve said. "You’re always going to hear their songs on the radio."

On a Twitter post, County Music Hall of Fame CEO Kyle Young said, “As a singer, songwriter, and guitar innovator, Don Everly was one of the most talented and impactful artists in popular music history. His influence reverberates through the songs and ethereal harmonies he conjured with his brother Phil."