Local malls will be implementing new measures to screen for COVID-19 and prevent infections as they prepare to reopen for the first time in more than a month. 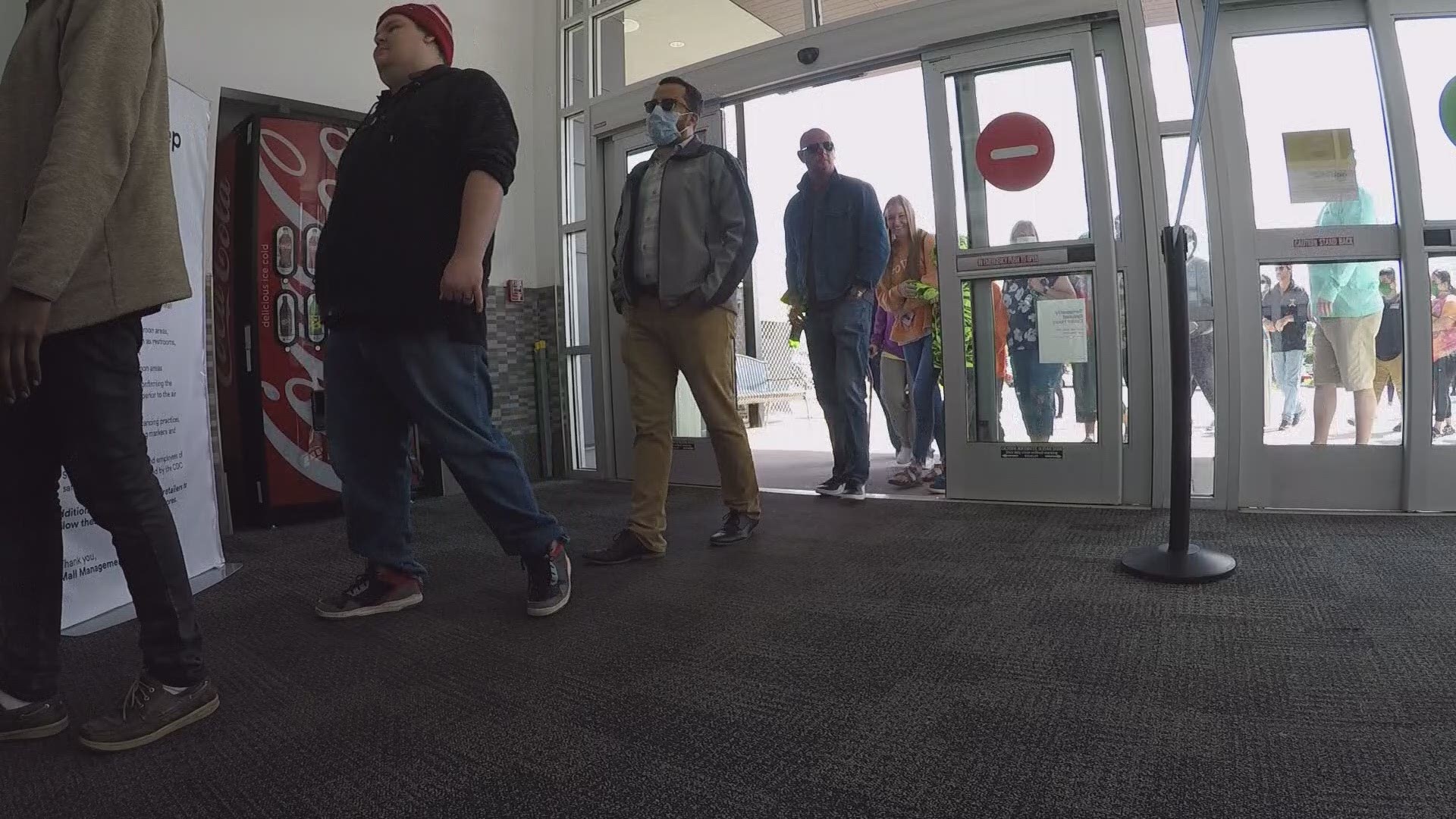 West Town Mall in Knoxville, Foothills Mall in Maryville, and other retailers have reopened for business at reduced capacity starting Friday.

Governor Bill Lee and Knox County leaders are implementing phased reopening plans on the state and local level. Restaurants began reopening at half capacity on Monday, and retailers began Wednesday. Under the Knox County plan, most local businesses will be able to reopen starting Friday.

West Town Mall is one of several malls in the U.S. owned by Simon Property Group slated to reopen starting Friday, according to a memo from the company's president and CAO.

The mall reopened Friday morning, and there was a line of shoppers waiting to get in. According to its website, it will be open Mondays through Saturdays from 11 a.m. to 7 p.m., and Sundays from noon to 6 p.m.

RELATED: Most Knox Co. businesses will reopen May 1 under phased reopening plan

RELATED: Gov. Lee issues new executive order, gyms in most Tennessee counties can reopen on May 1

Not all of the stores are open. None of the big anchor tenants, like Belk or JCPenny, are open yet. You can get a full list here of what's closed and what's opened.

On May 1, dozens of Simon malls in Tennessee, Alaska, Arkansas, Georgia, Mississippi, Oklahoma, South Carolina and Texas will reopen as state governments relax restrictions on retailers. Simon's Indiana malls will begin opening on May 2, and Missouri malls will follow on May 4.

According to the memo, Simon will be regularly sanitizing areas like food courts tables, escalators, doorknobs and the like -- and is encouraging retailers to do the same.

Employees, contractors and vendors will be required to screen themselves at home prior to coming to work. Those running a fever or showing flu-like symptoms will be required to stay home. Employees will also be wearing face masks and encouraged to frequently wash their hands throughout the workday.

Simon is also encouraging guests to monitor themselves for symptoms of COVID-19 and to take their temperatures before heading to the mall.

Simon malls have been closed since March 18 after shutting down to prevent the spread of COVID-19.

Foothills Mall in Maryville also announced it would be reopening Friday under modified hours from 11 a.m. to 7 p.m. Monday through Saturday, and noon to 6 p.m. on Sundays.

Tanger Outlets in Sevierville has not announced its reopening plans yet. It currently has two essential stores that have remained opened since the closures were implemented, but said it is currently working with its other tenants on developing a reopening plan.

The Island in Pigeon Forge is set to reopen May 1 at half capacity, with some retail stores opening as early as Wednesday, according to the Pigeon Forge Chamber of Commerce.