Officials said they originally thought the bear was around 7 months old. On Monday, they said he was actually a year older and severely underweight. 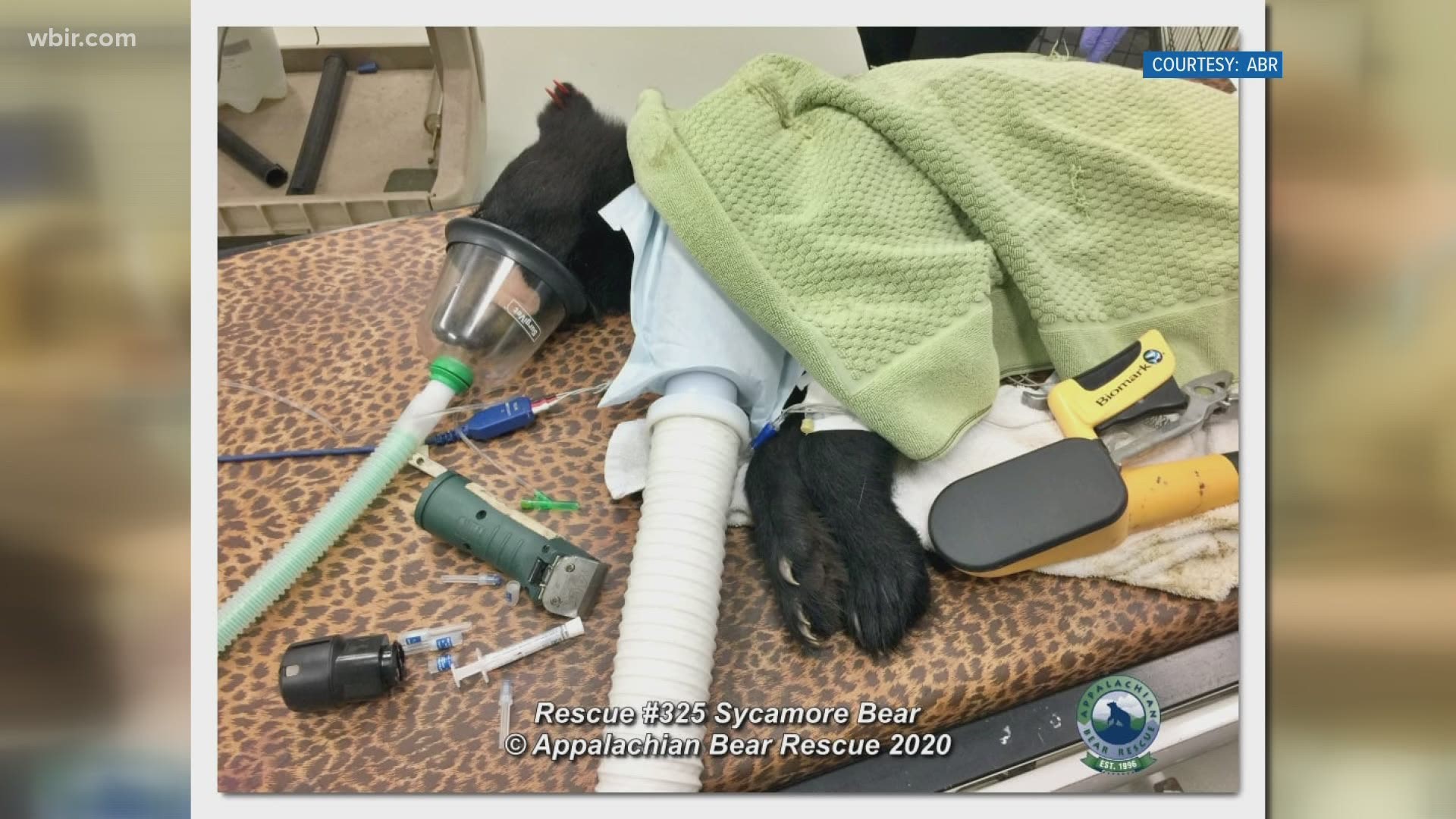 On Sunday, the Appalachian Bear Rescue received a new male bear. Originally, they said that the ear was a "cub-of-the-year," weighing in at around 40 pounds at around 7 months old. They named it "Sycamore Bear."

On Monday, officials said they were wrong about it. Instead of being the "cub-of-the-year" like they originally thought, it turned out to be around 19 months old and severely underweight. The bear rescue is working to help it recover, as other bears in the rescue start eating more in preparation for the winter.

Sycamore Bear is residing in Hartley House and veterinarians are continuing to work with him. Officials said that he was sick with severe jaundice and severe anemia when he was first rescued. He was kept overnight at the University of Tennessee College of Veterinary Medicine before arriving at the bear rescue.

On Tuesday, officials said that he officially weighed in at 37 pounds and noted that he had pelvic bones sticking out, narrow hips and a sunken-in appearance.  However, they also said he had a good night Tuesday after eating a little, drinking some water and sleeping.

The bear was found at a construction site in Carter County, according to officials. He was bedded down in a ditch and officials said he was still there the next morning after he was first spotted.

The Appalachian Bear Rescue helps care for cubs and bears found in the wild. Anyone who wants to donate to the organization can give through their website.