KPD said officers arrested two people, including a man who reportedly threw an object that hit an officer's head. 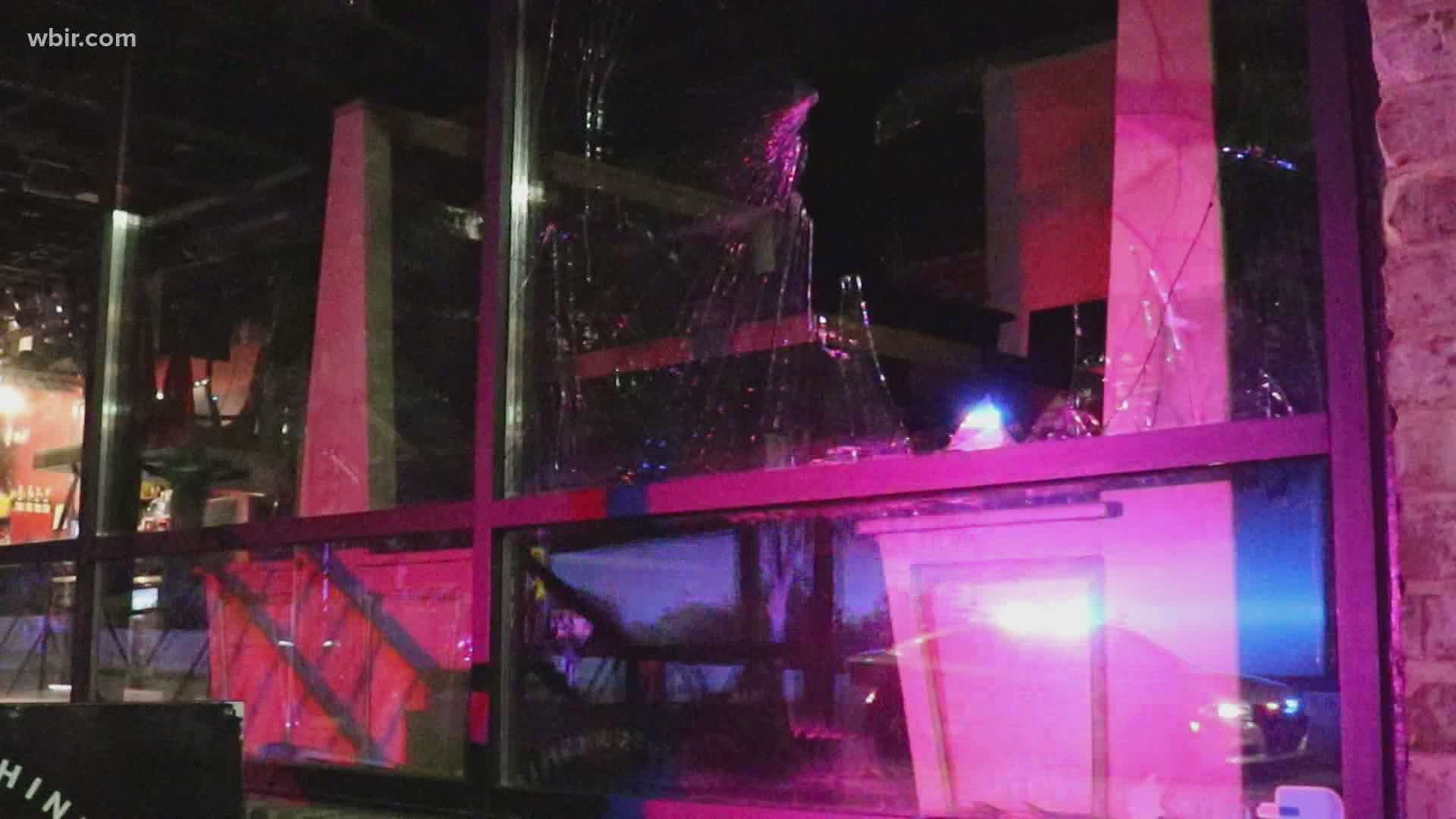 KPD arrested two people, including a man who threw an object at an officer's head, police said in a Sunday press release.

KPD said the vandalism started in Market Square at around 11:30 p.m. Windows were broken at restaurant Ruby Sunshine and at the Knoxville Chamber building.

On Sunday afternoon, investigators tweeted out surveillance footage of the group at Ruby Sunshine.

The group then reportedly dispersed in different directions, including the Market Square garage, World’s Fair Park and Gay Street.

KPD said a "larger group" assembled on the Clinch Avenue bridge at just past midnight and made its way back towards downtown while shooting fireworks, throwing trashcans into the road, smashing a port-a-potty and breaking glass somewhere near Clinch Avenue and Locust Street.

RELATED: 'No justice, no peace' | Protesters march in Morristown

The first arrest of the incident began at about 1 a.m. Officers said a "suspicious subject" got out of a vehicle in the Market Square Garage. The 20-year-old man was detained without incident. KPD said officers found and confiscated six handguns, two shotguns, two rifles and various quantities of narcotics from the man and the vehicle.

KPD said the group eventually made its way back to the Market Square area, where officers told them to disperse several times. Officers said the group moved to Gay Street, where an 18-year-old man reportedly threw an object into a police SUV, striking a KPD officer in the head.

The officer was uninjured and the man was taken into custody and charged with Assault, Disorderly Conduct, Evading Arrest, Resisting Arrest and Inciting to Riot.

A second KPD officer sustained a minor injury during the arrest and was driven to Knoxville Fire Department Station 1 to receive first aid, police said.

No other injuries were reported.

By about 2 a.m., KPD said all the groups had left the immediate downtown area. Officers are continuing to assess any additional vandalism that occurred in the downtown area during the night.

10News is following this story and will bring more updates throughout the day.