Investigators suspect fireworks may have set a garage on fire and several homes were damaged by people intentionally shooting fireworks at buildings. 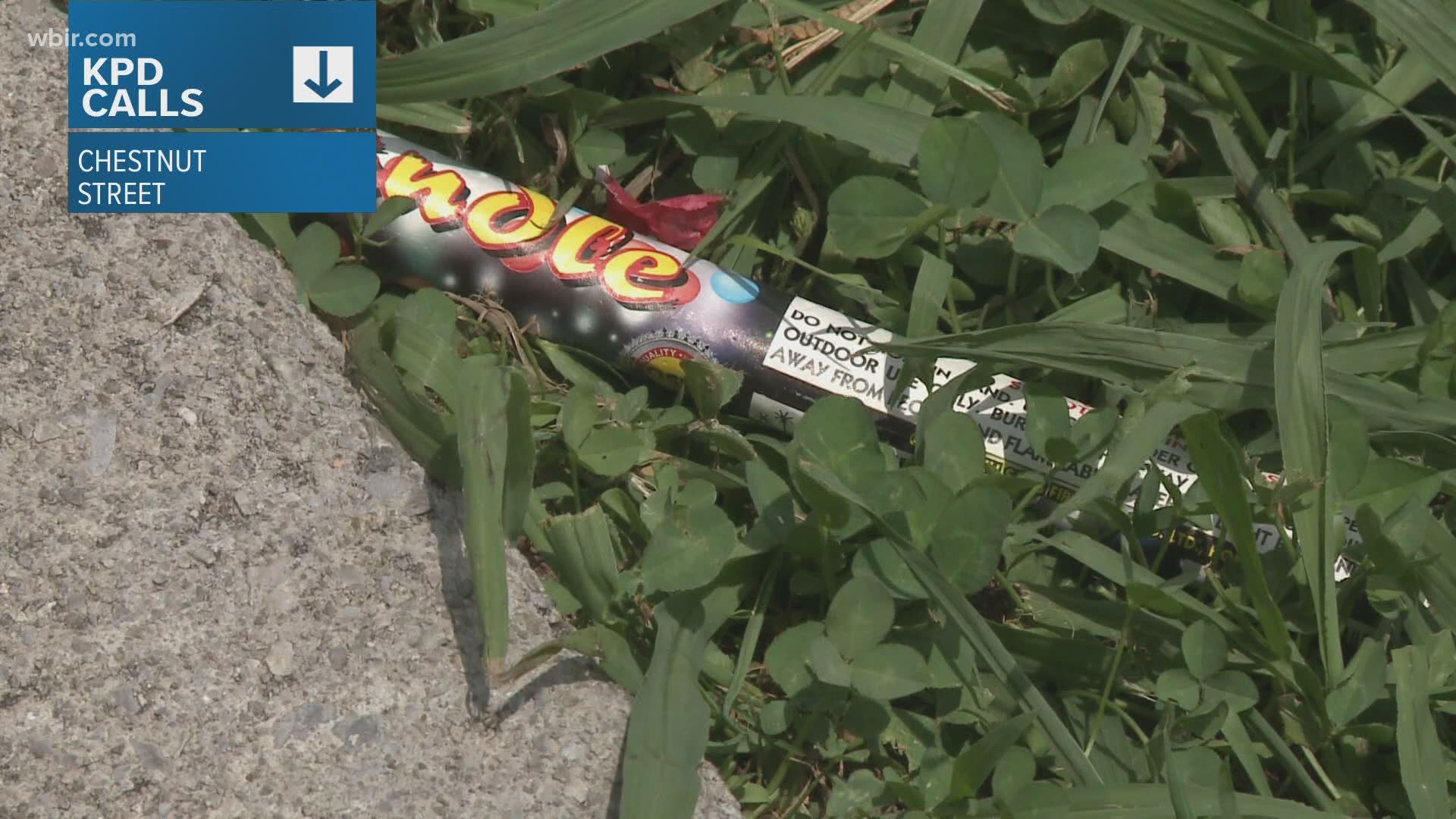 KNOXVILLE, Tenn — Not everyone used fireworks just for fun in Knoxville this weekend. There were at least four reported incidents of intentional damage caused by fireworks.

On July 4 just after 7:30 p.m., KPD officers responded to the 2100 block of Keith Ave. for a garage on fire. Witnesses said there were several people in a gold Toyota Camry and a black Ford Fusion driving down the road and shooting fireworks out of the vehicles.

While in the area, officers found three spent roman candle tubes in the road on Beaumont Ave. near Bowling St.

Officers were also flagged down by a resident of Pickett Avenue, who said the people in the Camry shot fireworks at her house. There was a large burn mark in the siding where the explosive landed.

RELATED: KPD receives more fireworks complaints than they can respond to

Officers spotted and stopped the Camry. There were five people in the car along with several different kinds of fireworks. About 50 pounds of fireworks were confiscated, but no one was arrested because no witness could identify which person lit the firework.

RELATED: More wildfires start on July 4 than any other day of the year

No one was injured in the garage fire and KFD's arson unit is conducting an investigation to see if fireworks started the fire.

In a separate incident that happened just before 8 p.m. on Saturday, officers responded to a vandalism call on Monroe Senter St. A woman said that someone shot fireworks at her house, breaking the window on the side of the house. She didn't see who did it, but said there were several teens in the area shooting them off.

There was a similar call at 9:30 on S. Chestnut St. A woman said that someone fired several bottle rocket type fireworks towards her home. The explosives came through the front door and ended up damaging some drywall in the house. No one was hurt. The woman wasn't able to identify who did it and officers couldn't find any witnesses.

RELATED: Dandridge celebrates Fourth of July with a boat parade

RELATED: Knoxville neighborhoods celebrate a socially-distant Fourth of July with a patriotic parade