Supporters say this is a step toward protecting more lives in Tennessee, while critics say this is an extreme measure that violates a woman's rights to privacy. 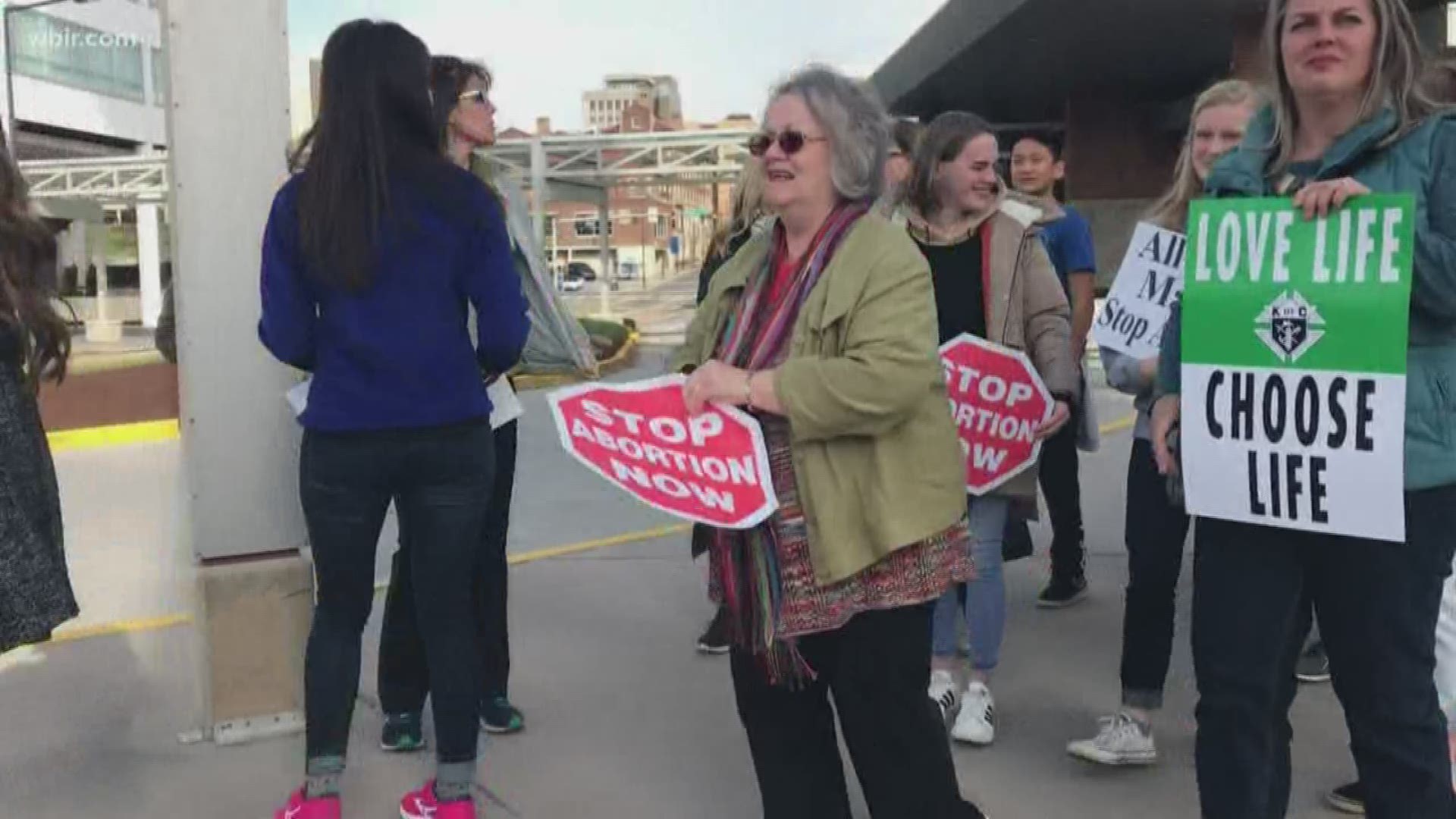 His plan calls for banning abortions after doctors hear a fetal heartbeat.

He wants to require women considering an abortion to undergo an ultrasound and be shown that image before making the decision.

The governor also wants to ban abortion outright if a doctor learns the decision is motivated by the race, sex or health of the fetus.

This proposal comes as pro-life groups across the country take to the streets for the annual March for Life, including in Knoxville this Sunday.

It also comes at a time when fewer women are having abortions in Tennessee.

The organization said if the governor's proposal becomes law, it won't stop abortions from happening.

"Restrictions on abortion just make abortion harder to get and harder to get safely, but it doesn't actually impact the abortion rate," said Tory Mills, Director of Community Engagement for Planned Parenthood of Tennessee and North Mississippi.

Mills said the decision to have an abortion shouldn't be the concern of the government.

"Allowing people to make these personal decisions with their family, their faith and their doctor and without the intervention of politicians," she said. "People don't make medical decisions in consultation with their politicians."

Local pro-life groups are happy to see the governor working to limit abortions.

"We are so grateful that Governor Lee is a pro-life governor and that we live in a pro-life state. We will always support legislation that protects life," said Monica Irvine, a board member for Tennessee Right to Life's Knox County Chapter.

Irvine said she hopes the legislation is upheld.

"Passing a piece of pro-life legislation for us right now in Tennessee is not very difficult, it's holding up constitutionally that is the challenge," she said.

Both Irvine and Mills said they just want what is best for people facing the choice of abortion.

"Regardless of how you feel about this issue, we should be providing support and compassion," said Mills.

"We want to love on and support women who have found themselves in this circumstance," said Irvine.

The governor said this legislation is still being drafted, so it's not an official bill proposal.

When it is submitted it'll have to go through several committees and drafts before it can be voted on in the state house and senate.