Knox County Schools Superintendent Bob Thomas said that he plans on retiring from the position on June 20, 2022. 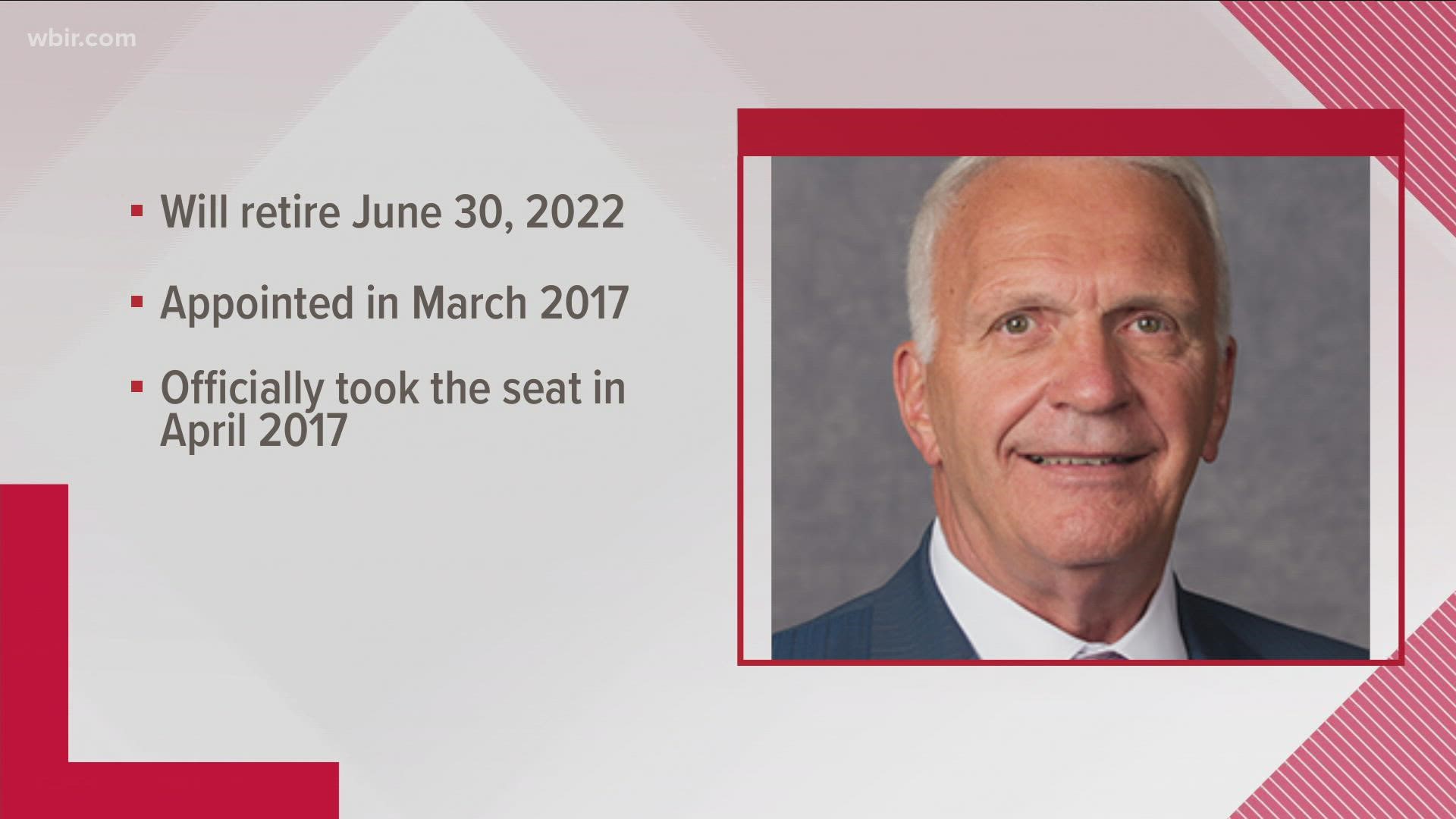 KNOXVILLE, Tenn. — The Superintendent of Knox County Schools, Bob Thomas, announced Friday that he plans on retiring in June 2022.

In a letter to families, he said that the decision came after discussions with his family over the summer. However, said he decided not to announce his decision because of all the work involved with opening school starting the new school year.

“It has personally been a pleasure to work with Superintendent Thomas over the past three years,” said Knox County Mayor Glenn Jacobs. “On behalf of everyone in Knox County, I want to thank him for his decades of service to Knox County Schools and the positive impact he’s had on generations of young people.”

Thomas also said that he wanted to make his plans clear so the Board of Education would be able to find the next superintendent for Knox County Schools.

"Many things have changed during my time as an educator, but my commitment to our mission has never wavered," he said in the letter. "This is a critically important school year for every student, and I look forward to continuing to partner with our outstanding team of educators to help our students succeed this year."

During his career, he focused on three priorities, according to officials. He worked to help students achieve more, create a positive culture and eliminate disparities between student demographics.

Towards the end of his career, he navigated complex issues related to COVID-19. In the 2020-2021 school year, he implemented mask requirements and social distancing measures to prevent COVID-19 from rising. However, he faced ire from parents for deciding to end those safety measures in the following school year.

In April 2021, the board voted to follow recommendations from the Centers for Disease Control and Prevention. Parents were then given a choice to keep students in virtual learning or move them to in-person classes. Later, many parents said the board failed to follow the vote by removing a mask requirement.

He was unanimously chosen in March 2017 to be the superintendent. Before then, he had spent his career in Knox County Schools. Starting in 1973, he taught for Knoxville City Schools before the city and county school districts merged.

His wife is a teacher in Central High School. In total, he has spent more than 44 years in education.

"Serving as your superintendent has been the privilege of a lifetime, and I am deeply thankful for the opportunity," he said in the letter. "Thank you for entrusting me with this responsibility and, as always, thank you for your support of Knox County Schools!"

The chair of the school board, Kristi Kristy, also released a statement about how leaders plan to find the next superintendent:

As we look for the next leader of Knox County Schools, I am committed to facilitating a community-based search process that identifies the very best potential candidates. I am confident that the Board of Education will conduct a thorough and transparent search that looks across the district, state, and nation to ensure that Knox County finds the very best leader for our schools. Our students, teachers, and parents deserve excellence, and that's exactly what we are committed to delivering.

More to come on @WBIR pic.twitter.com/ddOME36yXF