People against the bills said the vouchers would take money out of public schools. Private schools are also wary. 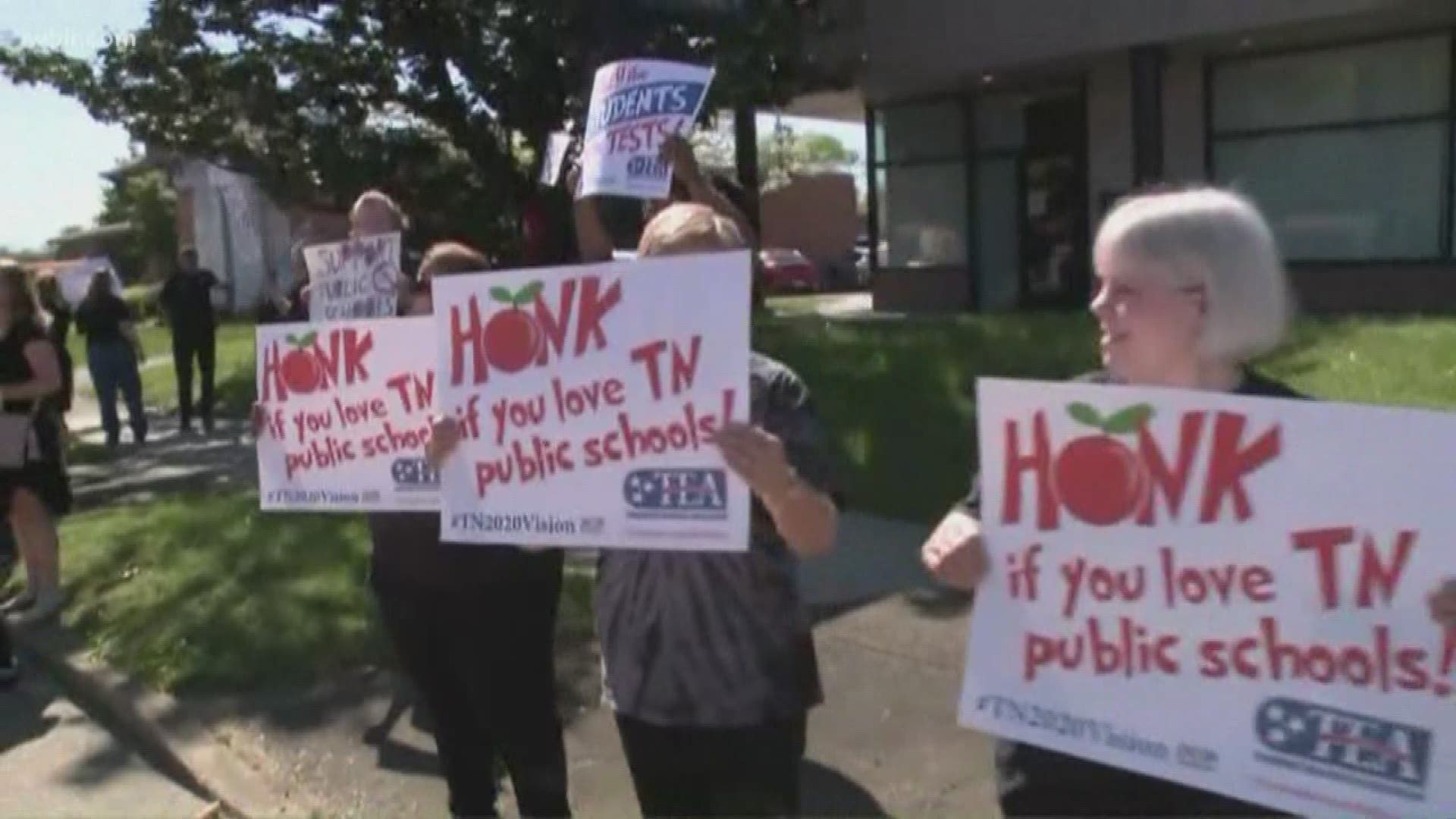 RELATED: Knox County Board of Education members weigh in on school voucher proposal

RELATED: Annie's bill blog: What we're watching in the state legislature in 2019

Clayton-Bradley Academy prides itself on being independent. But as lawmakers debate whether to pass a voucher program, students could soon use public money to pay for tuition at the Blount County private school.

"We are not funded by the state or the federal government," Terry said. "Anything that we would look at as far as a voucher bill of whether we’d accept or not accept a school voucher would go to does this affect our brain-based model of learning?"

Terry is still unsure whether the voucher program would help his school. Students at CBA don’t have to take state tests like TNReady. Terry wants to make sure accepting vouchers would allow them to maintain their independence.

"When we’re looking at a school voucher program, one of the things we would look at is what strings come with that money," Terry said. "If a bill is changed in three years, and all of a sudden those vouchers go away, how does that affect the students that are here? If a student is only here because of the money they get from a voucher and then that bill is changed in three years and that student can no longer come, it’s sad for that student because they don’t get to be part of our student body but that could hurt our bottom line."

Webb School in Knoxville is also watching carefully as lawmakers make changes to the bills.

"Given the bill’s current amendments that are under review, it is still unclear as to how this proposed legislation will affect the Knoxville community," wrote Webb School President Michael McBrien in an email to 10News. "It is important that all schools – private and public – are not negatively affected by these initiatives. Issues such as potential financial impacts to local school districts, appropriate levels of support for students participating in the programs, accountability and accreditation of the programs involved, and implications for TSSAA regulations all need to be taken into consideration."

Senator Richard Briggs has already made up his mind which way he will vote. He said he is a "no" on vouchers.

The bill has already made its way to the floor of the house. Senator Briggs said the key vote will come this week in the Senate Finance Committee.

There is still a chance that vote is postponed.

The bill has drawn criticism by many within the public school system, fearing it will diminish their capability.

On Monday, parents and teachers gathered outside the Knox County Education Association building in East Knoxville to show their support for public education and to protest the proposed vouchers.

KCEA president Tanya Coats said she likens the plan to the death of public education.

"We're having a funeral service today because we are on the brink of having the death of public education. Today lawmakers can make their decision on the bill with the education savings account," she said.