The county is working on a contract to lease 12 floors of TVA's East Tower. The UT System could take some of what the school system doesn't use in the tower. 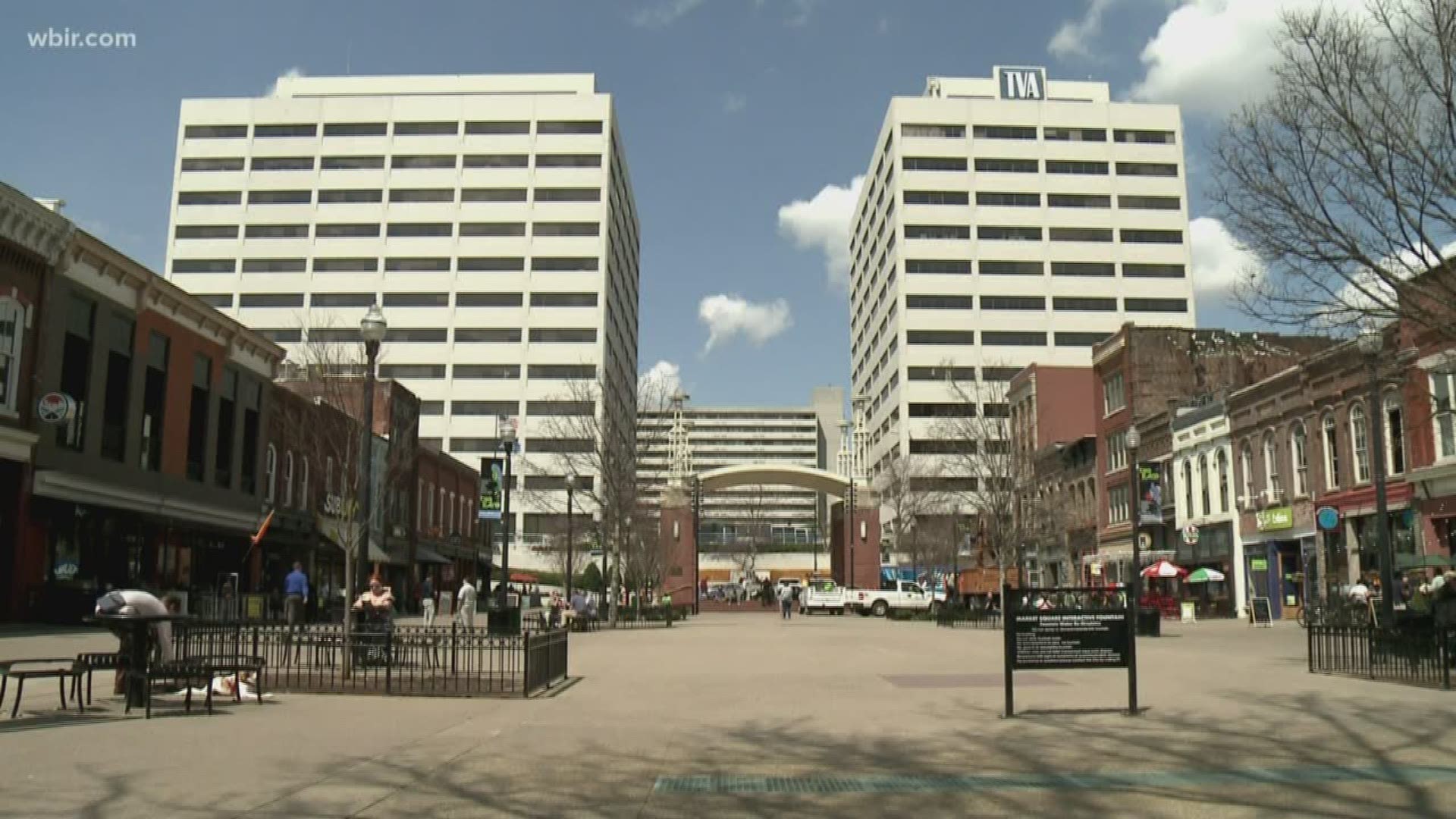 Knox County has been in talks for more than 18 months to take up 12 floors of the tower, on the north side of Market Square downtown.

Knox County Schools would occupy half the space, leaving the other six floors for possible occupancy by another tenant. The UT System, as a government agency, is considered a good fit.

System spokeswoman Melissa Tindell said in an email Thursday, "We have continued to have conversations with Knox County about possible uses for their space."

Rob Link, spokesman for Knox County Mayor Glenn Jacobs, confirmed the system could one day be a tenant. Talks are preliminary.

"It’s true, we’ve had some conversations about them (taking) some of the space in TVA East Tower if everything falls into place. We’re hopeful it will. It would be a great partnership," Link wrote.

County financial chief Chris Caldwell led a presentation last week for Knox County Commission and school board members about the county signing what could end up being a 40-year lease with TVA for the tower. It would also buy TVA's nearby Summer Place parking garage and office tower for $1.6 million.

Selling the AJ Building to a developer for $6 million for a boutique hotel, as now envisioned, would also result in that property going back on the tax rolls.

County officials are prepping a contract for the TVA property and hope to present it for review next month to the school board and County Commission.

TVA is offering the county a deal that's mere pennies a square foot compared with the going rate of $15 or more a square foot for office space downtown.

TVA would retain control of all space below the plaza level. Its data center is located in the East Tower basement. TVA also would operate security at the building.

Summer Place's office tower currently has a tenant paying rent and features about 35,000 square feet and a 700-space garage.

TVA recently consolidated space between its two towers, which date to the early 1970s.

Caldwell estimates the net outlay for the county to lease-buy the TVA space is $7.6 million. factoring in the sale of the A.J. Building as well as costs to prepare the East Tower and Summer Place for occupancy.

Several commissioners and board members already have toured the space.

Some commissioners and some board members have raised doubts about the deal, wondering if the county couldn't find a better location such as the old Knoxville Center mall site.

The UT system includes the Knoxville, Chattanooga and Martin campuses as well as the Health Science Center in Memphis and the Space Institute in Tullahoma.

The UT system president has offices on the Knoxville campus. Knoxville entrepreneur and philanthropist Randy Boyd is interim president of the UT System.