State Senator Richard Briggs (R-Knoxville), a surgeon, said too many people are ignoring the COVID-19 guidelines, and overlooking the larger economic impacts. 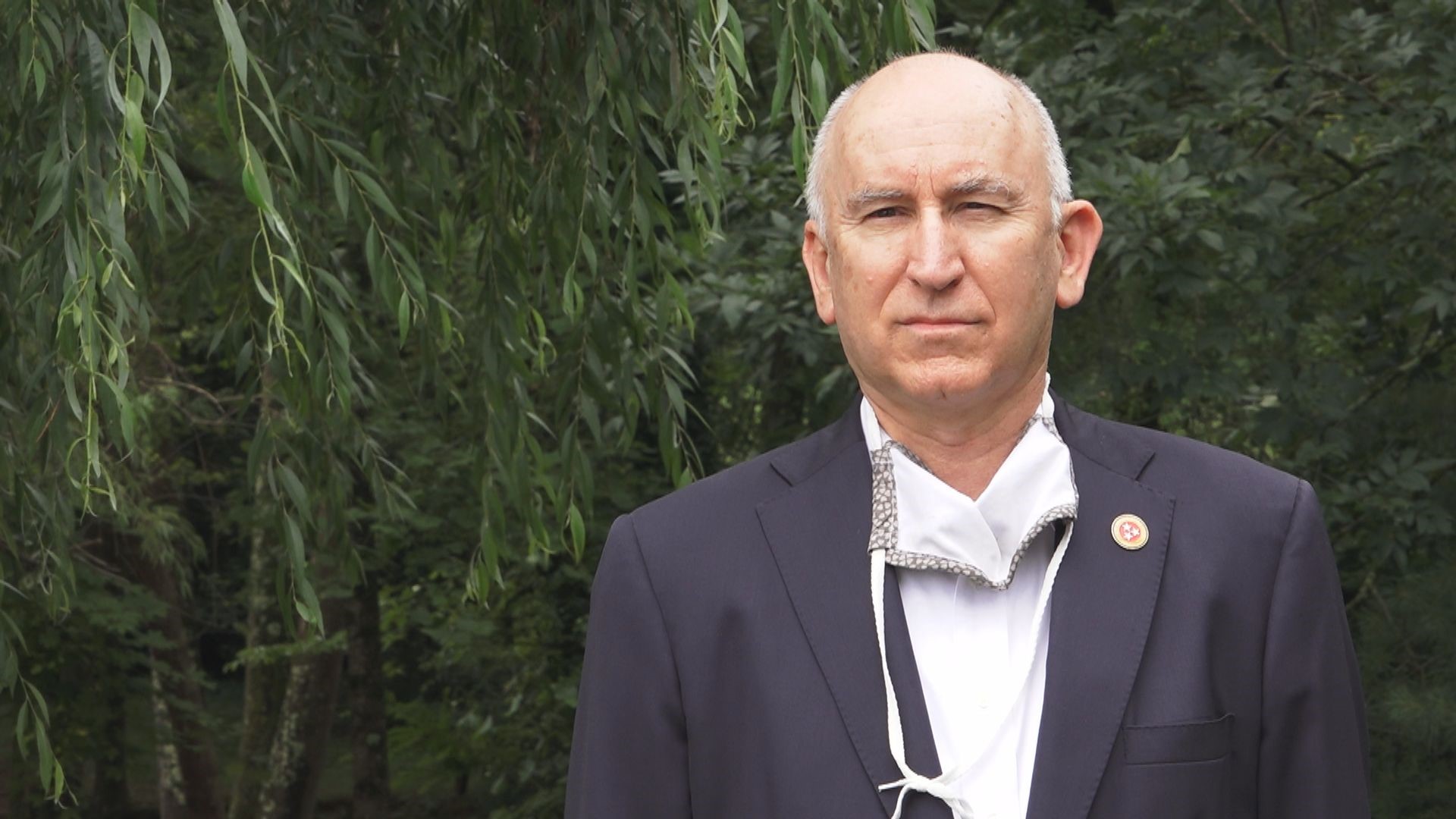 KNOXVILLE, Tenn. — Tennessee State Senator Richard Briggs, a prominent Republican lawmaker and surgeon from Knoxville, said too many people are treating the battle against COVID-19 as a political fight rather than a medical one.

"The virus wants to attack people and it doesn't care what your political party is," said Briggs (R-Knoxville).

Briggs served as a combat trauma surgeon for the military in addition to his ongoing career as a heart and lung surgeon in Knoxville.  He has treated patients in critical condition with the coronavirus, including some the virus ultimately killed.

"Some people may say the Democrats have their opinions and the Republicans have theirs.  The one entity that doesn't have an opinion and doesn't care is the COVID virus," said Briggs.  "Masks, social distancing, and washing your hands is a proven way to slow down the virus. Masks work. There are people in the medical field who wear masks eight hours every day. They do not harm you."

Briggs has the unique perspective of a medical professional and lawmaker who must balance the health of people without killing the state's economy.

"I mean medically, it would be best for everyone to stay at home and have no contact with anyone but your immediate family. But that's not going to be practical," said Briggs.  "But we all have something we can do to help, and that is follow the guidelines of wearing masks, social distancing, washing hands, and frequent sanitizing of workplaces."

Briggs said he believes wearing masks and distancing is the happy medium that allows businesses to remain open while slowing the spread of the virus.

"Our problem isn't that those recommendations don't work. Our problem has been people are ignoring them. I believe that we can open restaurants. I believe we open schools. I believe we can get our economy rolling again, if we can get everyone to participate," said Briggs. "The virus isn't going away. We're going to have to do this until one of three things happens: we get a treatment that takes care of the virus so it doesn't matter if you catch it; we get a vaccine that stops you from becoming infected at all; or the virus miraculously mutates so it does not infect us and cause disease. I would not count on the third option."

Briggs wants people to take the mindset that by following the guidelines, you're fighting for your country and local businesses.  He said those fighting to not follow the guidelines are ultimately choosing not to fight the virus at all.

"We're going to have to learn to deal with this.  I think we can if we can get the cooperation of the general public to say, 'We are going to defeat the virus. We are not going to let it defeat us.' It is not political. It is not a hoax. It has killed almost 130,000 Americans," said Briggs.

Briggs said if we do not follow the guidelines to control the virus, it will hurt our state and national economies.  He cited the problems that will come from other states and countries limiting travel due to large infection numbers.

"New York is the business capital of the world.  People from states where the population has high levels of COVID-19 are not going to be allowed to travel freely to New York.  Our largest trade partners in Europe and China in a global economy are not allowing people from the United States to enter their countries," said Briggs.  "The American economy is much bigger than just opening restaurants and going to football games. It's a global economy and we have to get in step with the rest of the world if they're not going to allow us to do business with them."

New York, New Jersey, and Connecticut announced Tuesday that any state with at least 10 percent of its population testing positive for COVID-19 will have travel restrictions.  Travelers from Tennessee will be required to self-quarantine for 14 days upon arrival to those three states.  The rule takes effect Wednesday night at 11:59 p.m.

RELATED: June 30, 2020 - Tennessee, 8 other states added to self-quarantine travel advisory for New York and others

Briggs said he has heard all of the arguments against wearing masks. He said most of them are based on misinformation or a misunderstanding of Constitutional rights.

"There are only three groups that should not wear a mask. You shouldn't wear a mask if you're younger than two years old, if you're unconscious, or if you're in active respiratory distress. Other than that, you should wear a mask in public where you encounter crowds," said Briggs.  "As for people who say it is their constitutional right not to wear a mask, that is false. The Constitution has been proven to give the government the right to restrict your behavior for public health. There are all kinds of rules that protect public health that are not violating your constitutional rights. You have to drive on the correct side of the road for public safety and health."