Two states, two responses | A look at how Tennessee and Kentucky are handling COVID-19

The White House coronavirus task force is keeping a close eye on both states as COVID-19 cases grow. 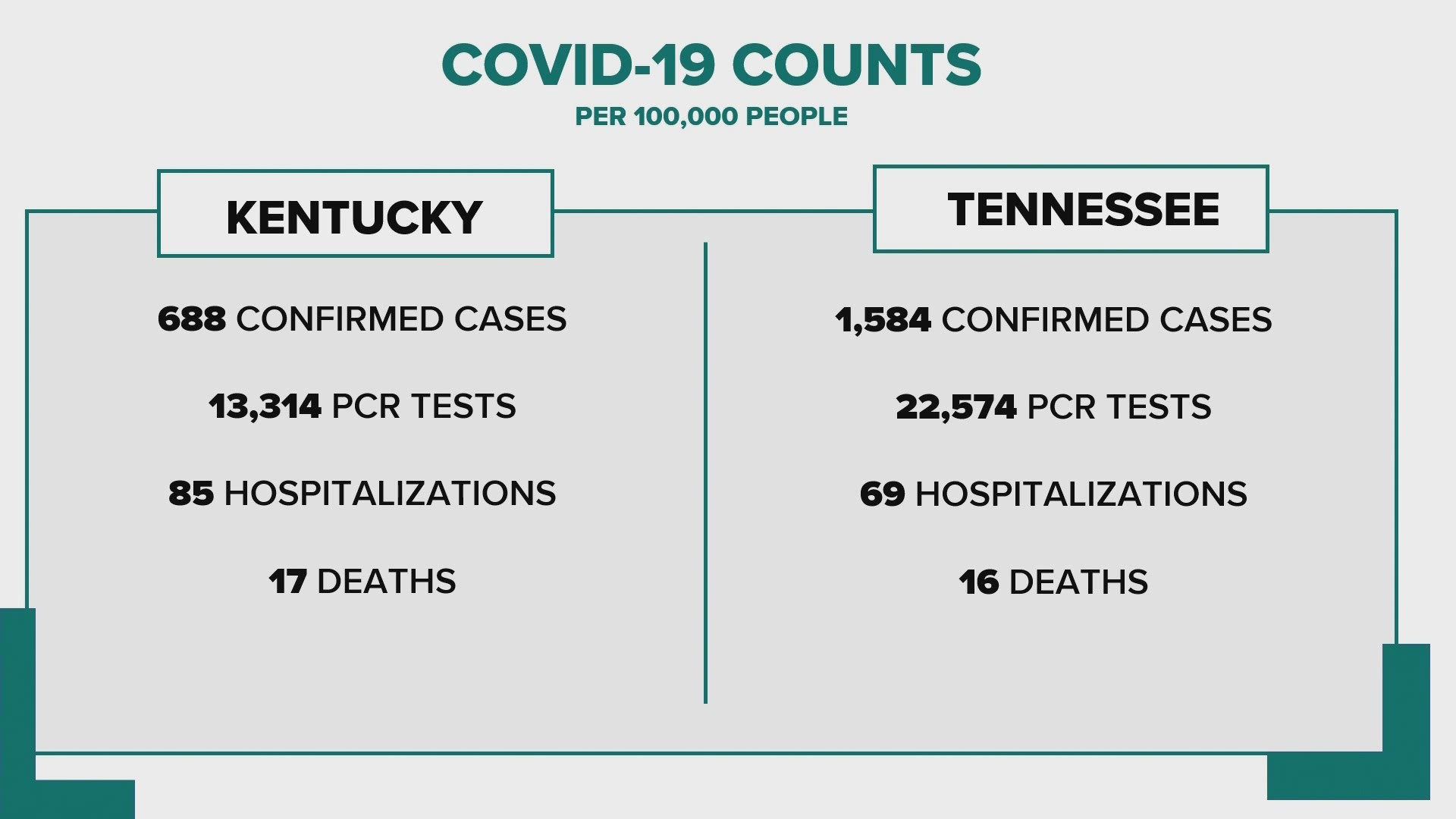 JELLICO, Tenn. — On July 26, Dr. Deborah Birx visited Kentucky with a strong message: take action now before it's too late.

On July 27, just one day later, he announced that all bars in the state must shut down for two weeks. Indoor restaurants must restrict capacity to no more than 25 percent and he urged all schools to pause in-person learning until the third week of August.

A statewide mask mandate and 10-person limit on social, non-commercial gatherings were already in place.

"We can change the future of this virus in this state today if we continue to social distance, if every mayor throughout this great state would mandate masks, close the bars and substantially increase indoor dining distancing," she said. "Tell every Tennessean to not socially gather with more than 10 people."

Gov. Bill Lee, when asked by reporters if he would take those steps, said no.

"Beyond the regions that are currently have restrictions, that's not a plan for us," he said. "I've also said we're not going to close the economy back down, and we're not going to, but I appreciate their recommendations and we will we take them seriously."

In the small town of Jellico, which lies against the Tennessee/Kentucky border, hardly any restrictions apply.

"We've been concerned about this for quite some time and have been trying to educate the public about the dangers of COVID-19," said Derek Douglas of the Scientific and Technical Advisory Council in Jellico. "There's a very easy and simple thing that can be done to contain the virus and that is the mask mandate."

Dr. Sarah McQueen, a Jellico alderwoman and physician's assistant, said she practices on both sides of the border. She wants the city council to take action, but said their hands are tied.

"We have this at risk population, but we as a city council can't do anything to mandate [masks] or help to promote their protection," she siad. "We have an aging population. We have a population at risk with asthma, COPD, black lung from our coal miners. We have a nursing home that's very vulnerable. We have a struggling hospital."

Per Gov. Lee's Executive Orders 54 and 55, only county mayors have the authority to take action.

"That's where it gets hard, when Tennessee's kind of like, do what you're going to do, we trust you, but individuals not necessarily knowing what that really should look like," said Dr. Tiffany Lu, a clinical medical director for Dayspring Health.

For Ashley McNealy, relying on individuals to step up is the hardest part. She's pregnant and high-risk.

"I've not even really been to the grocery store," she said. "The problem with giving people the freedom to choose is that they're not making the right choice."

Adjusted for population differences, Kentucky lags far behind Tennessee in polymerase chain reaction (PCR) testing and confirmed cases. However, the state has seen more deaths and hospitalizations per 100,000 people.