Sizuko Braden, 94, remembers seeing what she thought was a lot of lightning in the sky. The next day, she learned it was the bombing of Hiroshima. 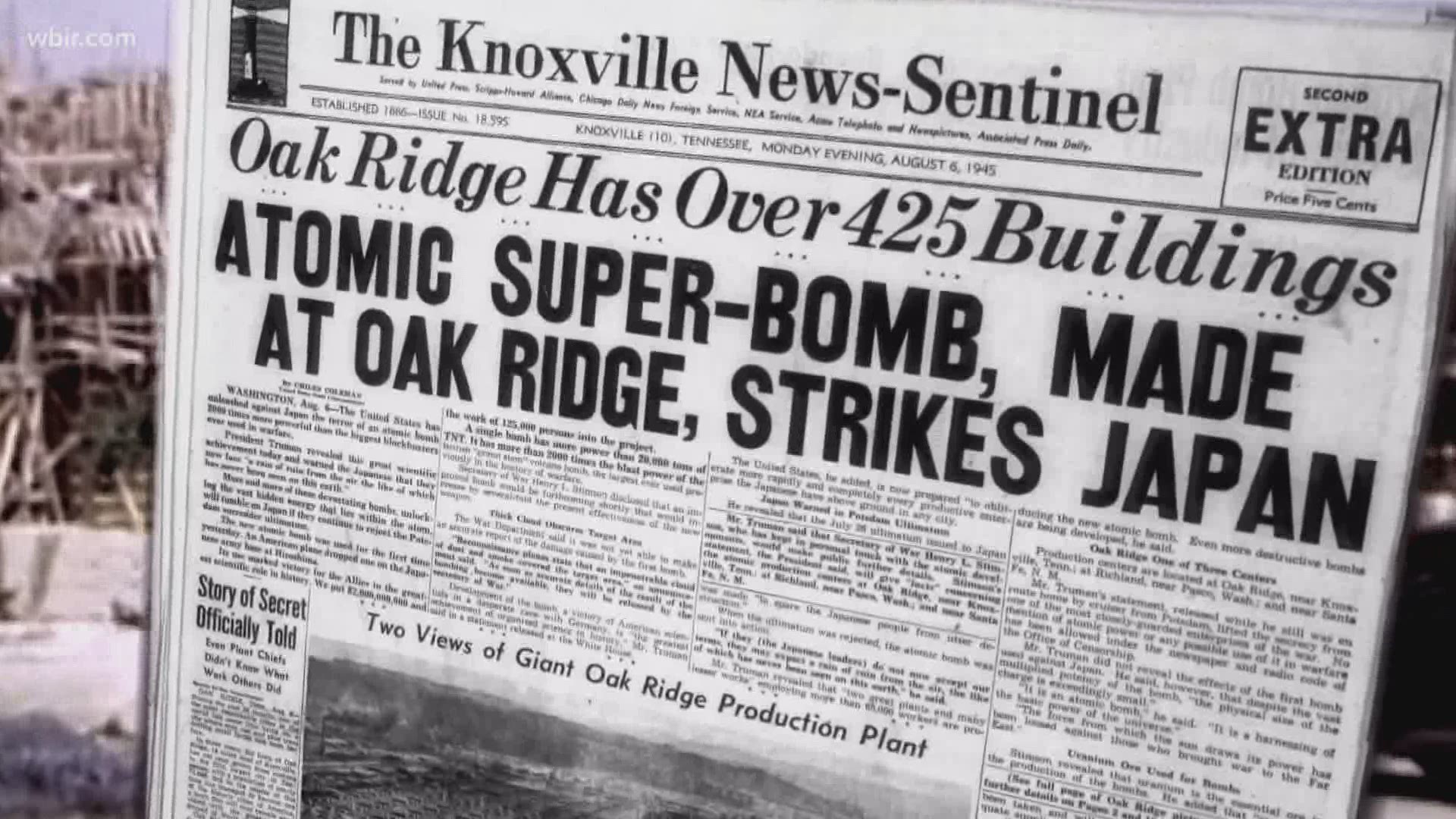 MARYVILLE, Tenn. — Almost exactly 75 years ago, the U.S. dropped the atomic bomb on Hiroshima, Japan. Its impact was felt across the country, including in the small town of a woman who now calls Maryville home.

Braden was 18 when World War II hit its deadliest point in Japan. She grew up in the Osaka region of Japan. She remembers bombs falling from the sky and men shooting from planes.

"Everyone had to get undercover, in the water," she said. "I was lucky."

Braden lived more than 200 miles away from Hiroshima but remembers when the atomic bomb dropped.

"Everybody was standing outside looking up. It looked just like lightning," she said.

The lights in the sky she saw from far away wasn't lightning.

"The next day I hear that Hiroshima was hit in the paper. They all died," she said.

Braden is now almost 94 years old. She moved to East Tennessee with her husband, an American soldier, in 1955.

Credit: WBIR
Sizuko Braden and her husband photographed in black and white, and Braden now.

Six years later he died of a heart attack. She chose to stay in the U.S. with her young daughter instead of going back to Japan. Years later her daughter, Myra, has to write things down on a dry erase board to communicate since Braden is hard of hearing.

Myra said her mom has early signs of dementia, but her memories of war-torn Japan are sharp.

"75 years and still I can remember it," said Braden.

Her daughter said Braden tries not to remember a lot of the scary moments and often changes the channel when war movies come on TV.

"I don't want to think about it," said Braden.

As Americans work to remember the bombing of Hiroshima, it's something Braden would rather forget. However, she said she's happy to share the stories cemented in her mind.

Braden has family back in Japan, but now she calls Maryville home.