'True friends will be there for you' | Knoxville author writes children's book inspired by friendship, mental health

Isaac Clark always wanted to write a book. Now that he's achieved his goal, he's using the proceeds to make a difference for those struggling with OCD. 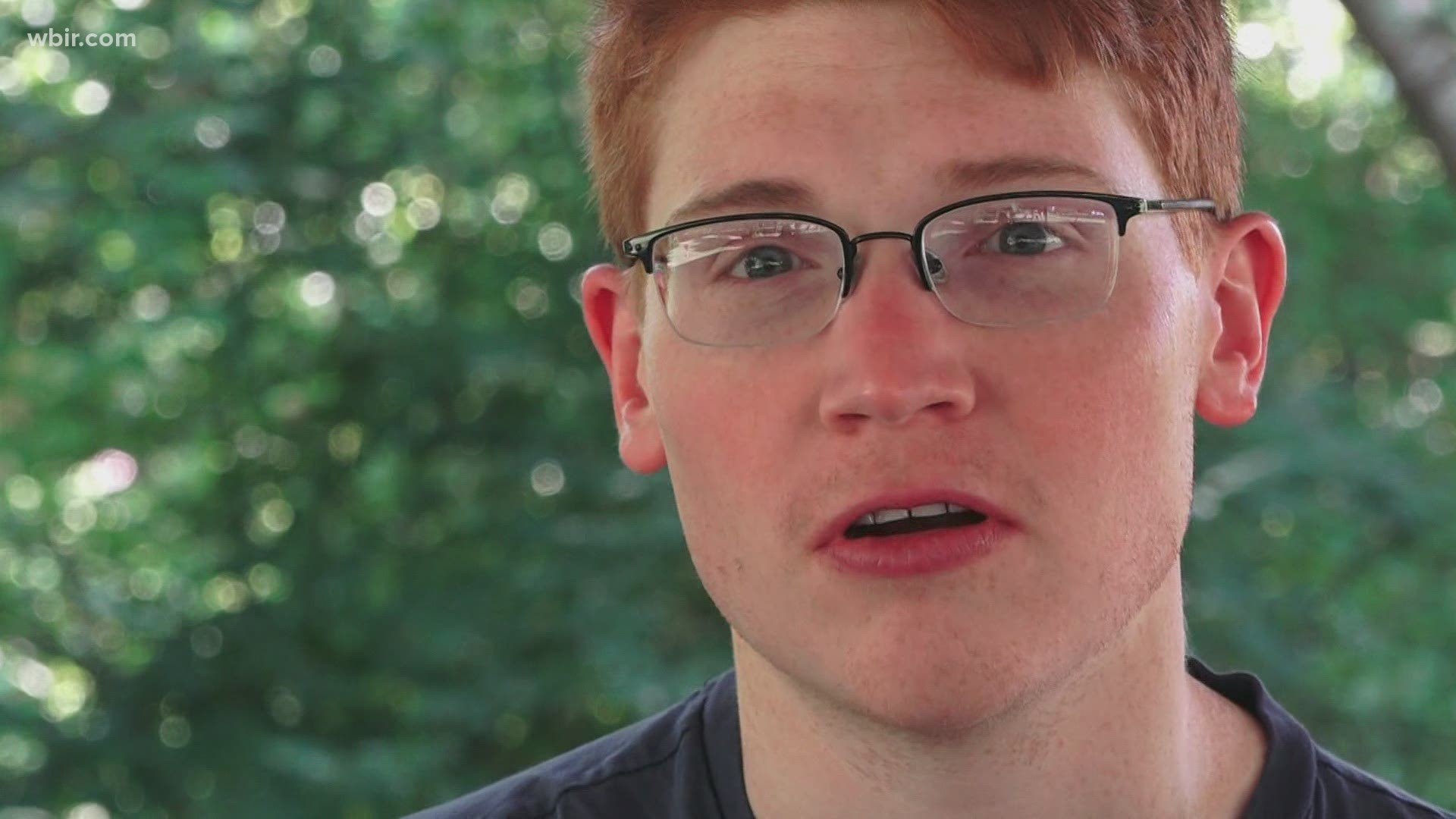 KNOXVILLE, Tenn. — A new children's book by a Knoxville author explores the value of friendship and forgiveness, especially while dealing with mental health issues.

The book 'Batchy's Busy Day' follows the main character Batchy, on what you could guess is a very busy day.

Batchy is the brainchild of Isaac Clark.

"When I was a child, I know I wanted the same book read to me like 600 times in a row, and I thought that'd be cool if 'Batchy's Busy Day is that book for some child," he said.

Clark has always been creative, and wanted to write some kind of book for a while now.

With the help of his friend and illustrator Molly Perry, Batchy was born.

"Batchy is a well meaning but clumsy individual, somewhat like myself, you could say," said Clark. "He goes around one day, visits all of his friends, and kind of messes up their projects without really meaning to, he's trying to help. But he ends up messing everything up."

Clark said he can relate to the guilt Batchy feels as something many people struggling with mental health face.

OCD impacts about 1 in 40 American adults, who have persistent, uncontrollable thoughts or impulses that impact daily life, according to Beyond OCD.

"OCD at times is completely debilitating. It can rob your life of so much joy. It's just like an all encompassing anxiety knot that you can't get out of," said Clark.

He had symptoms of OCD when he was a kid, but the reality hit in high school.

"OCD is like a false alarm in your head, and you just have to learn to kind of live with the alarm," he said.

Clark is fortunate to have doctors and counselors to help him along the way, but there are still hard days.

That's what Clark has in common with Batchy.

"I think what Batchy deals with is something that a lot of OCD sufferers deal with, which is almost a sense of guilt over things that they really shouldn't be guilty over," he said.

Guilt, and also not always realizing the importance of the people on your team.

"We reach out to others when we're at our weakest, but when you're at your strongest, it's easiest to forget about others," said Clark. "Batchy realizes his friends are important, and they forgive him and he knows how much he loves them."

For Clark, his faith, his girlfriend, friends and family are his support system.

He wants others struggling with mental health to know they have a team behind them, too. And he's happy to be on your team.

"Check on your friends and take mental health seriously," said Clark. "Never think it's a fad, or people just aren't tough enough or capable enough, because we all need help."

Batchy is on your side, too.

A quarter of profits from all copies sold of 'Batchy's Busy Day' will be donated to the International OCD Foundation, which educates people about OCD, as well as connects patients with resources and counseling help.

You can purchase the book here.