Knoxville Center Mall, closing soon, is the perfect setting for a zombie photoshoot

With just a handful of stores open, boarded up storefronts and flickering lights, it's almost like something out of a zombie apocalypse. 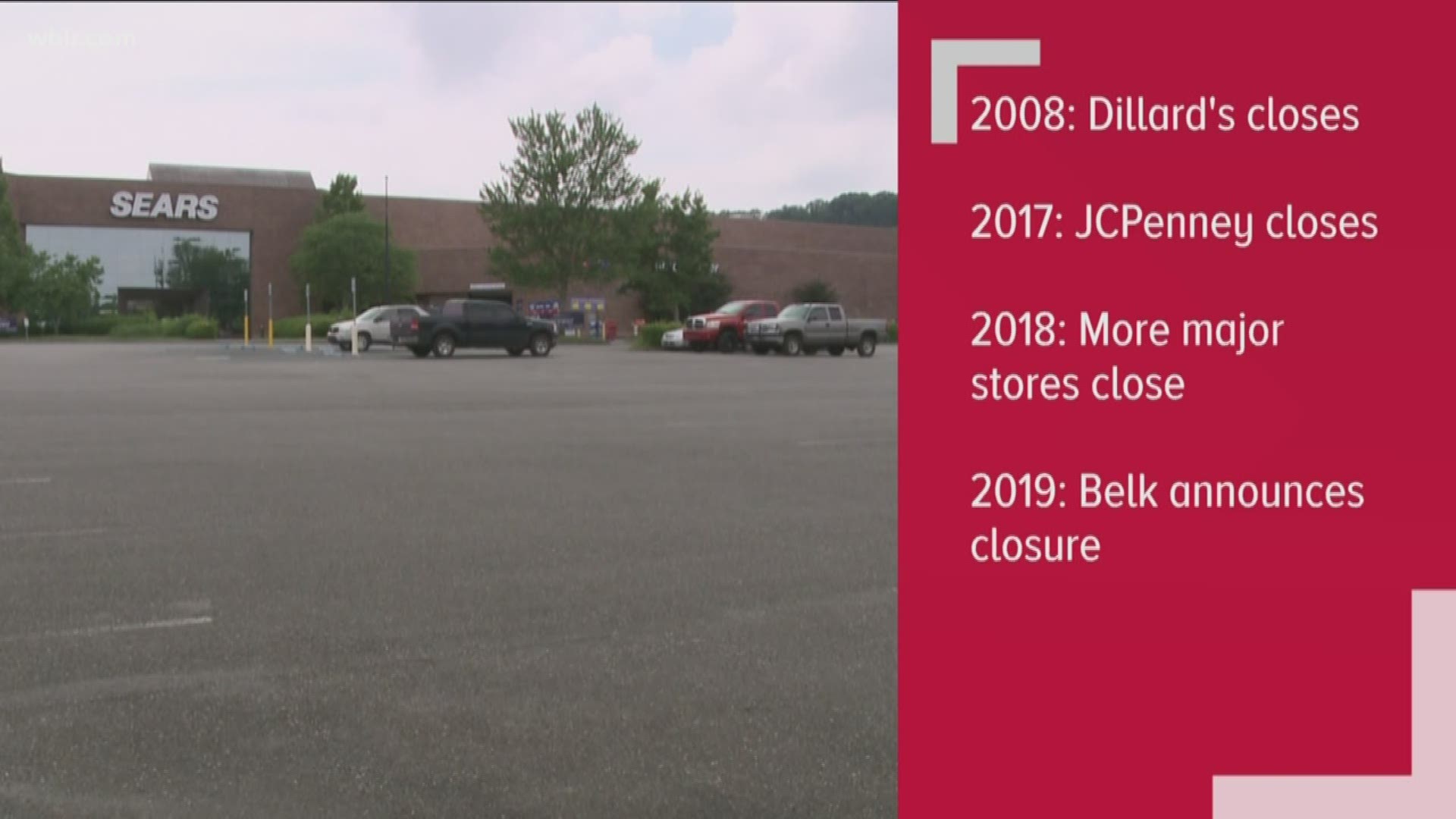 KNOXVILLE, Tenn. — Knoxville Center Mall will officially be closing on January 31, 2020, but the mall has been increasingly deserted year after year for a decade.

With just a handful of stores open, boarded up storefronts and flickering lights, it's almost like something out of a zombie apocalypse.

That desolate abandoned feel is exactly what inspired one woman to take her kids and some friends over to the mall for a photoshoot that looks like something straight out of The Walking Dead!

Amanda Giasson shared these photos of the photoshoot, highlighting the undead models outside and inside the mostly empty mall.

In one, the young zombies crawl across a grassy median next to the parking lot outside a closed anchor store. In another, zombies lurk outside one of the only lighted entrances to the mall on a dark night.

Inside the mall, the "walkers" creep next to deserted storefronts, sprawl on the floor, or take a ride on an empty escalator.

Giasson told us that she actually loved visiting Knoxville Center Mall and really liked the architecture.

"It's just different," she said.

Laura, one of the women featured in the photos actually worked in the mall for seven years, and still visits there with her son.

"Me and my best friend Lauren have had this idea for years because of how vacant the building has become," she said. "We just thought it was the perfect place for it so we could have one more fun day at our favorite old hangout spot."