The new budget did not propose any tax increases and includes funding to help people financially impacted by COVID-19. 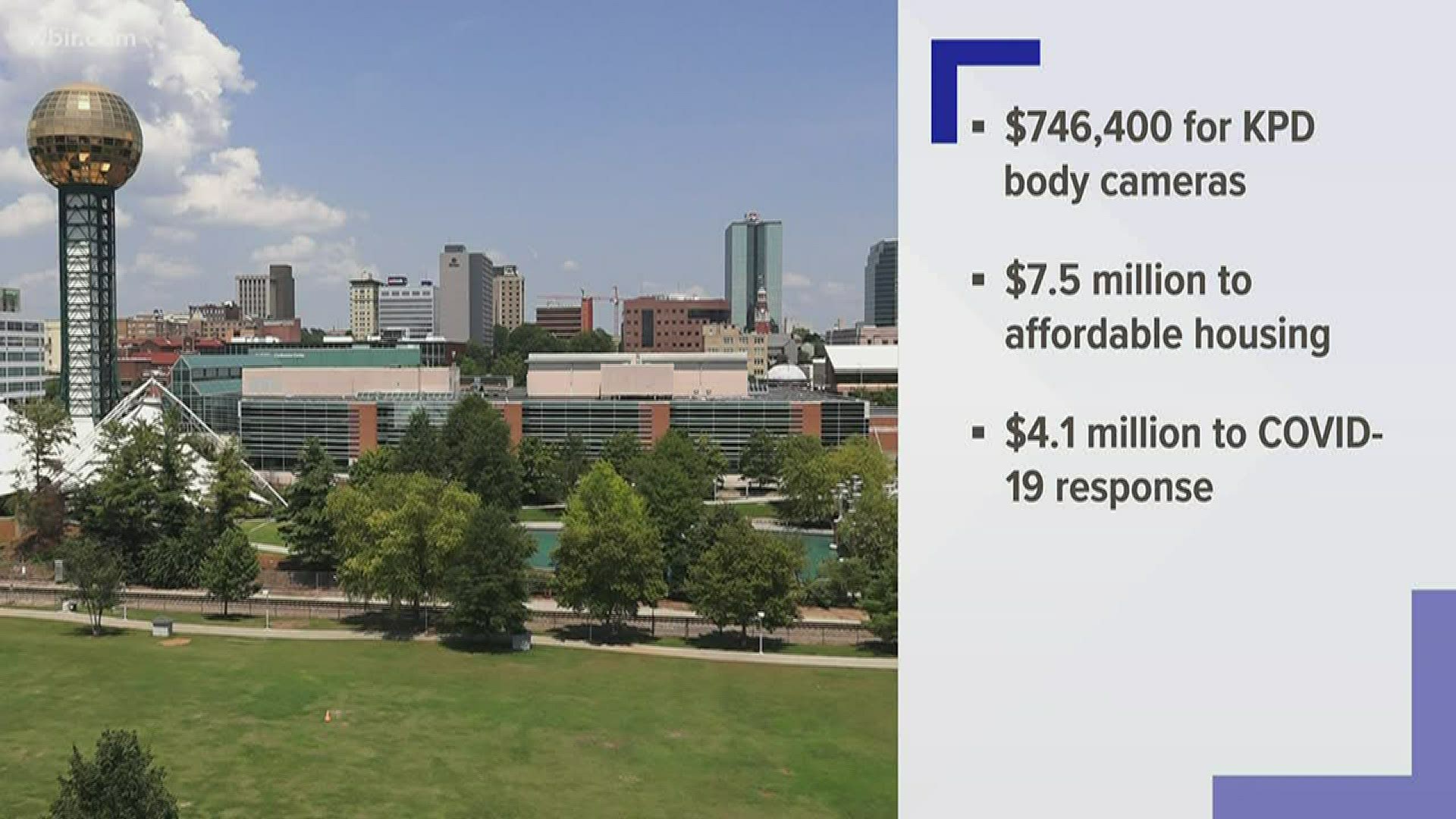 Knoxville Mayor Indya Kincannon delivered her first State of the City address during "unprecedented times" in April, releasing her fiscal year 2021 budget that will not seek to increase taxes despite lost revenues to COVID-19.

The mayor said Knoxville is on "firm financial footing" despite the impacts of COVID-19 and reduced money from it.

The mayor had intended to deliver this year's address from the site of the new Public Safety Complex at the former site of old St. Mary's Hospital in North Knoxville, but instead spoke through a video release.

"Years of responsible stewardship of taxpayer dollars affords us the ability to weather the economic implications of this storm without furloughing staff, cutting services, or deferring maintenance of critical infrastructure,” she said.

According to the city, the total operating budget is $435 million. The general fund is $234.5 million.

The new budget includes several key additions, including $746,400 for equipping Knoxville police with body-worn cameras, along with software and staffing to make it work. The plan is to roll cameras out by July 1, and the estimated cost is expected to be $4.2 million over a five-year contract.

Another $7.5 million will be appropriated to support affordable housing in the city, which includes continuing an annual $2.5 million to the Affordable Rental Development Fund to support the creation of new developments.

Some $4.5 million will be allocated to Knoxville's Community Development Corp.'s revitalization efforts of the Austin Homes community, and the remaining $500,000 will be for improvements in the Western Heights neighborhood.

Also, $4.1 million of the budget will go to support the community's pandemic response and address immediate needs facing people. More than $1.1 million of that will go toward direct rent and mortgage payment assistance.

“We are very aware many people have lost their sources of income and are worried about paying their rent or mortgage. That is why it was imperative that the City develop a program that can help ease that burden,” Kincannon said.

The COVID-19 Recovery Budget also includes expenditures the city has incurred since the mayor declared a state of emergency on March 16, such as funding for Zoo Knoxville and the target response to help the homeless through the creation of 'The Guest House.'

RELATED: Knoxville's homeless will have a safe place if showing coronavirus symptoms

Additional funding is also being provided to the United Way, Second Harvest, Mobile Meals, as well as $417,500 to pay bonuses to city police and firefighters in appreciation for their response efforts.

You can find more information and read the full budget proposal at this link.