Tennessee and other states reached a $26 billion deal in lawsuits against the three largest U.S. drug distribution companies and drugmaker Johnson & Johnson. 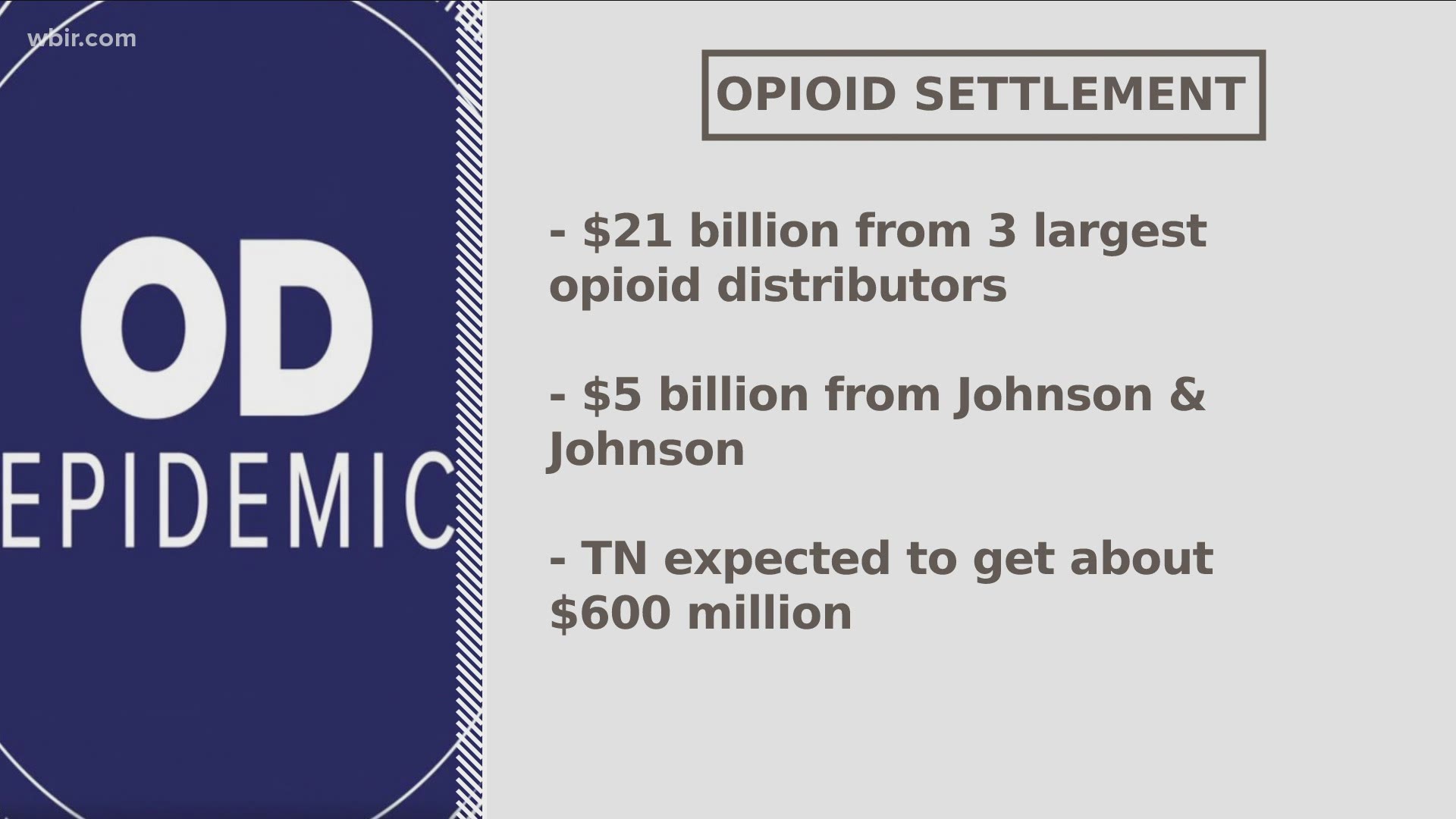 WASHINGTON — Tennessee and several other states announced Wednesday it had reached agreements with three major pharmaceutical distributors and drugmaker Johnson & Johnson that begin the process of resolving opioid lawsuits that have been ongoing for years.

“We’ve reached an agreement in the most complicated civil case in American history,” Slatery said. “Yes, it took several years. It required a lot of give and take from everyone involved but now we have one. The negotiating states were both red and blue; this was a bipartisan effort from start to finish. We acted on behalf, and at the direction of, a host of other states. Our objective was to solve a national problem that has touched virtually everyone in one way or another. We want all states and local governments to sign on. That way we can hold these companies accountable (as they should be), get immediate funds to programs that will reduce the crisis and save lives, and do so now, as opposed to years of litigation and the costs that go with it.”

Attorney generals from Tennessee, North Carolina, California and several other states led negotiations to bring a settlement to fruition -- which is the single-largest to date in the opioid crisis.

The "Big Three" distributors at the center of the cases -- AmerisourceBergen, Cardinal Health and McKesson -- are accused in the lawsuits of failing to report suspicious orders for controlled substances, which led to highly addictive opioids flooding pharmacies across the country beyond the actual need for them.

Johnson & Johnson is accused of misleading patients and doctors about the addictive nature of opioids.

"Tragically, just last year in the U.S., opioid overdose deaths rose to a record 93,000, a nearly 30 percent increase over the prior year. In Tennessee, opioid overdoses kill an average of more than five people a day and the cost to families and communities is immeasurable," Slatery said.

The agreement doesn't end the cases, but allows states and local governments to sign on and starts the monthslong process of resolving investigations and litigations over the roles the four had in creating and fueling the opioid epidemic.

The settlement will require the "Big Three" to collectively pay $21 billion over 18 years, and Johnson & Johnson would pay $5 billion over nine years. The total funding will depend on how many state and local governments sign onto the agreement.

Two-thirds of that money will be required to be spent on opioid treatment and prevention, and each state's share will depend on a formula that determines the impact the opioid epidemic had locally compared to the population -- which will include the number of overdose deaths, the number of people diagnosed with a substance use disorder and the number of opioids prescribed.

Tennessee lawmakers recently passed legislation that will facilitate the creation of a state-wide administration system for using the abatement funding it receives from the settlement.

“This is a nationwide crisis and it could have been and should have been addressed perhaps by other branches of government,” Paul Geller, one of the lead lawyers representing local governments across the U.S., said in a conference call with reporters Tuesday. “But this really is an example of the use of litigation for fixing a national problem.”

The AP said Cardinal Health declined to comment early Tuesday, and the other distribution companies did not respond to requests for comment. Johnson & Johnson reiterated in a statement that it's prepared to contribute up to $5 billion to the national settlement. The company settled with New York last month just before the trial there started, according to the AP.

“There continues to be progress toward finalizing this agreement and we remain committed to providing certainty for involved parties and critical assistance for families and communities in need," the company said. “The settlement is not an admission of liability or wrongdoing, and the Company will continue to defend against any litigation that the final agreement does not resolve.”

As part of the agreement, the "Big Three" will be required to establish new regulations and procedures to eliminate 'blind spots' in their distribution networks, as well as establish systems to detect and cut off customer pharmacies that place suspicious orders.

Johnson & Johnson would be banned from selling opioids for a decade, and would not be able to fund or provide grants to third parties to promote opioids.