Rep. Mike Carter, 67, of Ooltewah, passed away over the weekend after a 6-month long battle with pancreatic cancer. 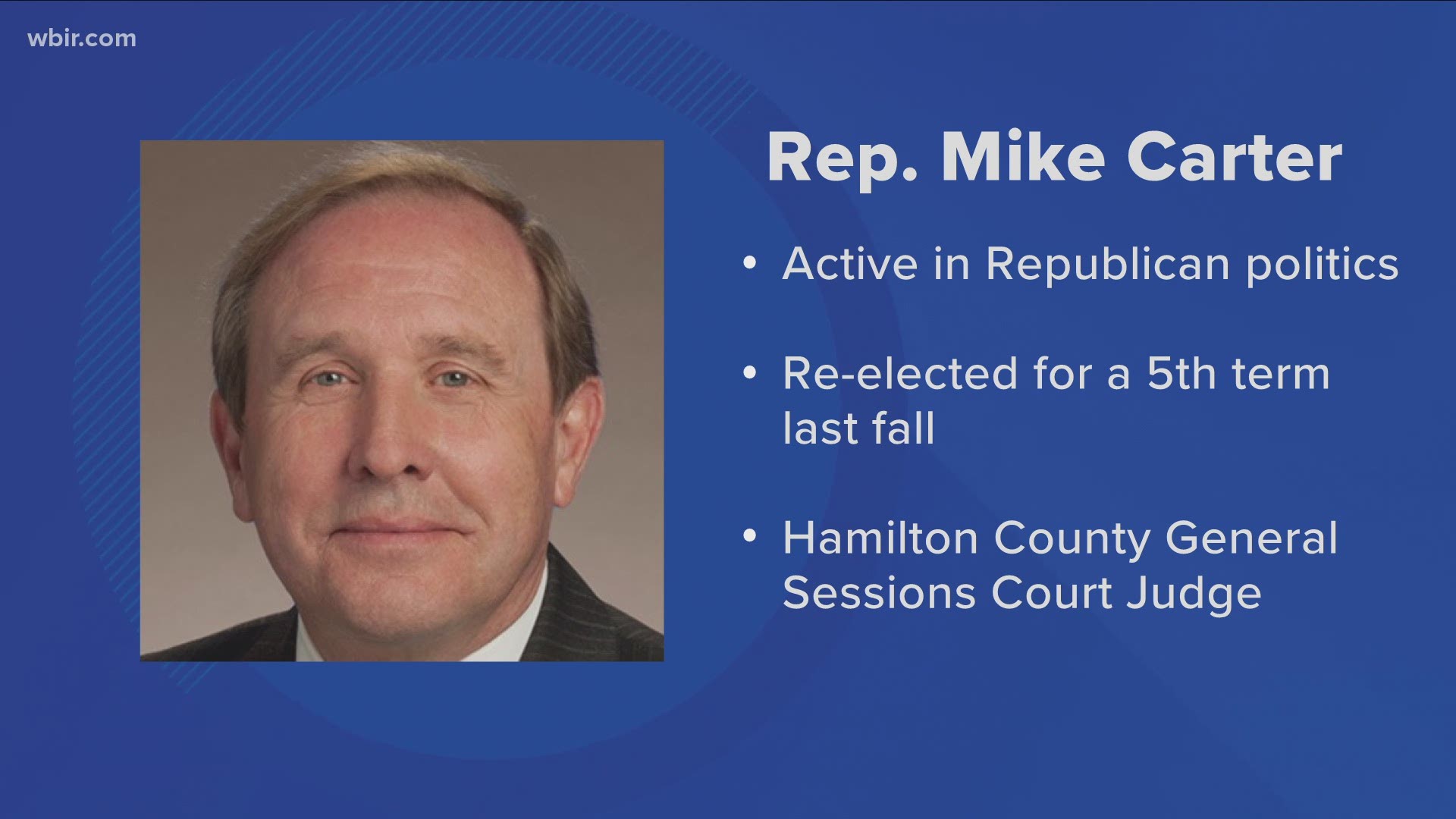 OOLTEWAH, Tenn. — State Rep. Mike Carter, who represented Ooltewah and eastern parts of Hamilton County (District 29) has died after a six-month battle with pancreatic cancer. He was 67.

Carter, who was also an attorney and a businessman, served as a Hamilton County General Sessions Court Judge from 1997 to 2005. He was active in Republican politics for many years.

He was first elected to the State House in 2012, and was re-elected for a fifth two-year term last November with no opposition.

In recent years, he had worked to ensure teacher pay raises, and to eliminate the emissions testing program in Hamilton County, a process that is currently under federal review.

In the summer of 2020, he was hospitalized with COVID-19, and while recovering from that illness, was diagnosed with pancreatic cancer.  He continued to serve in the state legislature until his condition worsened.

Mike lost his battle with Pancreatic Cancer late last night, surrounded by his family. We’ll miss him very much. We appreciate your prayers during this difficult time.

I will miss Mike Carter who was a leader, friend and brother in Christ. Maria and I pray for the Carter family and we give thanks for his life.

Brenda and I would like to offer our heartfelt condolences at the passing of Rep. Mike Carter.
Mike was an outstanding judge, great state representative, and a tremendous leader in the community. (1/2)

The news came after Carter, who had been previously diagnosed with COVID-19, said he had some lingering effects and went to Vanderbilt in Nashville.

There, doctors discovered Carter’s cancer and attributed many of his symptoms to that new diagnosis.

At that time, Carter expressed his thanks to the doctors, who might not have found his cancer otherwise, and to family and friends for their support.

Carter spent time in the Intensive Care Unit in August 2020 when he was diagnosed with COVID-19.

He is survived by his wife Joan, and two sons. Funeral arrangements will be announced later.