Peyton Manning's path to the Pro Football Hall of Fame

Here's a look at the UT legend's journey to the Hall, starting from his days as Tennessee's backup quarterback. 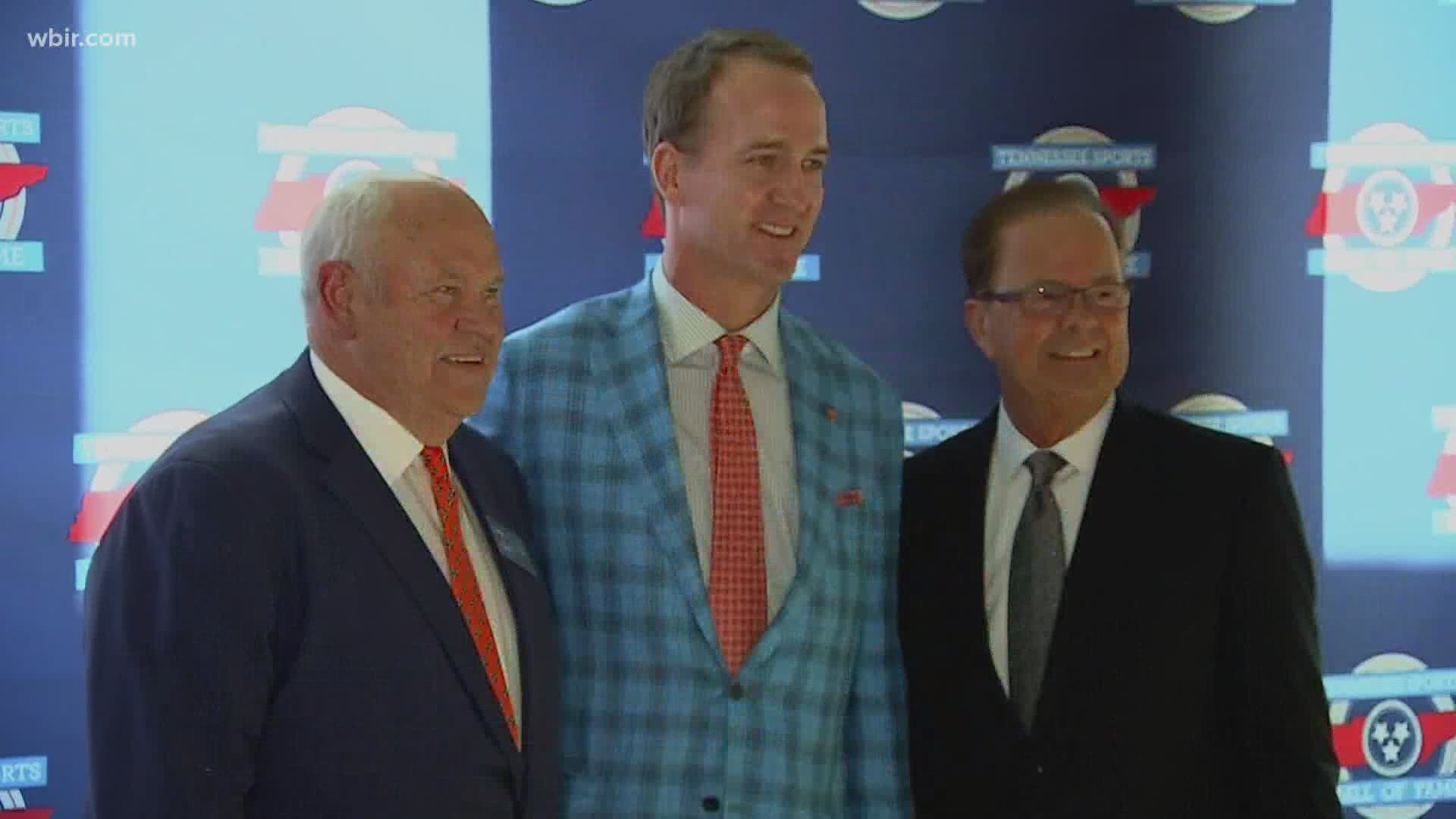 KNOXVILLE, Tenn. — Tennessee legend Peyton Manning is a member of the Pro Football Hall of Fame's 2021 class. Here is a look at the VFL's journey to Canton, Ohio, starting with his days on Rocky Top.

Manning came to Knoxville in 1994. He started his freshman season as the Vols' third-string quarterback. He was named starter, midway through the season. Tennessee went 7-1 with Manning under center. The Vols ended the season with a 45-23 win over Virginia Tech in the Gator Bowl.

Manning was the full-time starter in 1995. That year, he led Tennessee to an 11-1 record. During the season, Manning set program single-season records for attempts (380), completions (244), completion percentage (64.2), and yards gained (2,954). He also threw a UT record 132 passes without an interception. The Vols beat Ohio State in the Citrus Bowl to end the 1995 campaign.

He continued to set, and break, records during his junior season in 1996. Manning held 28 program game, season, or career records at the end of the season. The hall of famer finished the year second in passing yards and touchdowns. The Vols finished the 1996 season with a 10-2 record and a second straight Citrus Bowl victory.

Manning shocked Vol nation when he decided to return to Rocky Top for his senior season of 1997. He led Tennessee to an SEC Championship, leading the Vols to a comeback victory over Auburn. He ended the season as the Heisman Trophy runner-up but won the Maxwell Award, the Davey O'Brien Award, the Johnny Unitas Award, and the "Best College Player" ESPY Award. Manning was also named a first-team All-American. 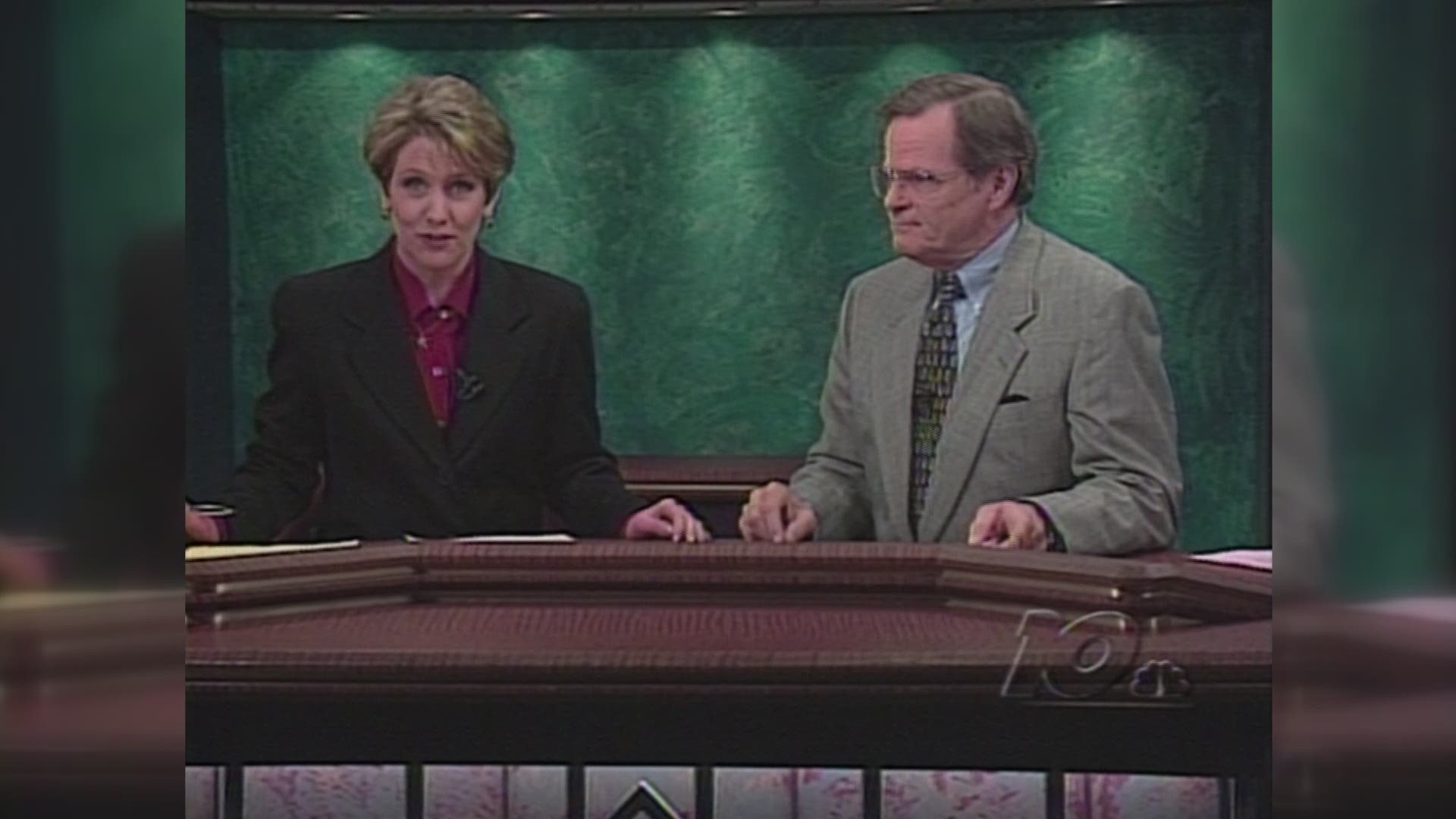 Manning left Tennessee as the SEC's all-time leader in career passing yards with 11,201 yards. He led the Vols to a 39-6 record as the starting quarterback, setting 33 program records. The Hall of Famer also set seven SEC records and two NCAA records.

The Indianapolis Colts selected Manning with the first overall pick in the 1998 NFL Draft. He passed for 3,739 yards, 26 touchdowns, and 28 interceptions in his rookie season. The years following went much better, to say the least.

He won his first NFL Most Valuable Player Award in 2003. That season, Manning passed for 4,267 yards and 26 touchdowns. He led Indianapolis to a 12-4 record and the AFC Championship game. Manning became the NFL's MVP again in 2004, after passing for a then-career-high 4,557 yards and 49 touchdowns.

Two years later, he won his first Super Bowl. The Colts beat the Chicago Bears in Super Bowl XLI. It was the franchise's first world title since the 1970 season. Manning passed for 247 yards, one touchdown, and one interception in the championship game.

The VFL became the NFL's Most Valuable Player twice more in 2008 and 2009. The 2009 season ended with Manning's second Super Bowl appearance. However, the Colts fell to the New Orleans Saints in Super Bowl XLIV.

Manning's career in Indianapolis ended after the 2011 season. He did not appear in any games that year. The Colts released him, despite signing the former MVP to a five-year, $90-million deal before the season started.

"The Sheriff" joined the Denver Broncos before the 2012 season. He passed for 4,659 yards, 37 touchdowns, and 11 interceptions and earned the NFL's Comeback Player of the Year award.

Manning had his best statistical season in 2013. He threw for an NFL record 5,477 yards and 55 touchdowns. That broke the previous records held by Drew Brees and Tom Brady, respectively. The record-breaking year earned Manning his fifth NFL MVP Award. The Broncos scored a record 606 points, on the way to a Super Bowl XLVIII appearance.

Two seasons later, Manning left the game on top of the football world. The Broncos beat the Carolina Panthers in Super Bowl 50 to cap the 2015 season. The VFL retired after that season.

Manning finished his NFL career as a 14-time Pro Bowler, two-time Super Bowl Champion, and five-time most valuable player. Both the Indianapolis Colts and Denver Broncos retired his no. 18 jersey. He is also a member of the Colts Ring of Honor. Manning was also named to the NFL's 2000s All-Decade Team and the All-Time team.

Now, he is a member of the Pro Football Hall of Fame.