People from across East Tennessee gathered for a community Pride rally in Alcoa after homophobic slurs were painted over Pride art on a well-known bridge. 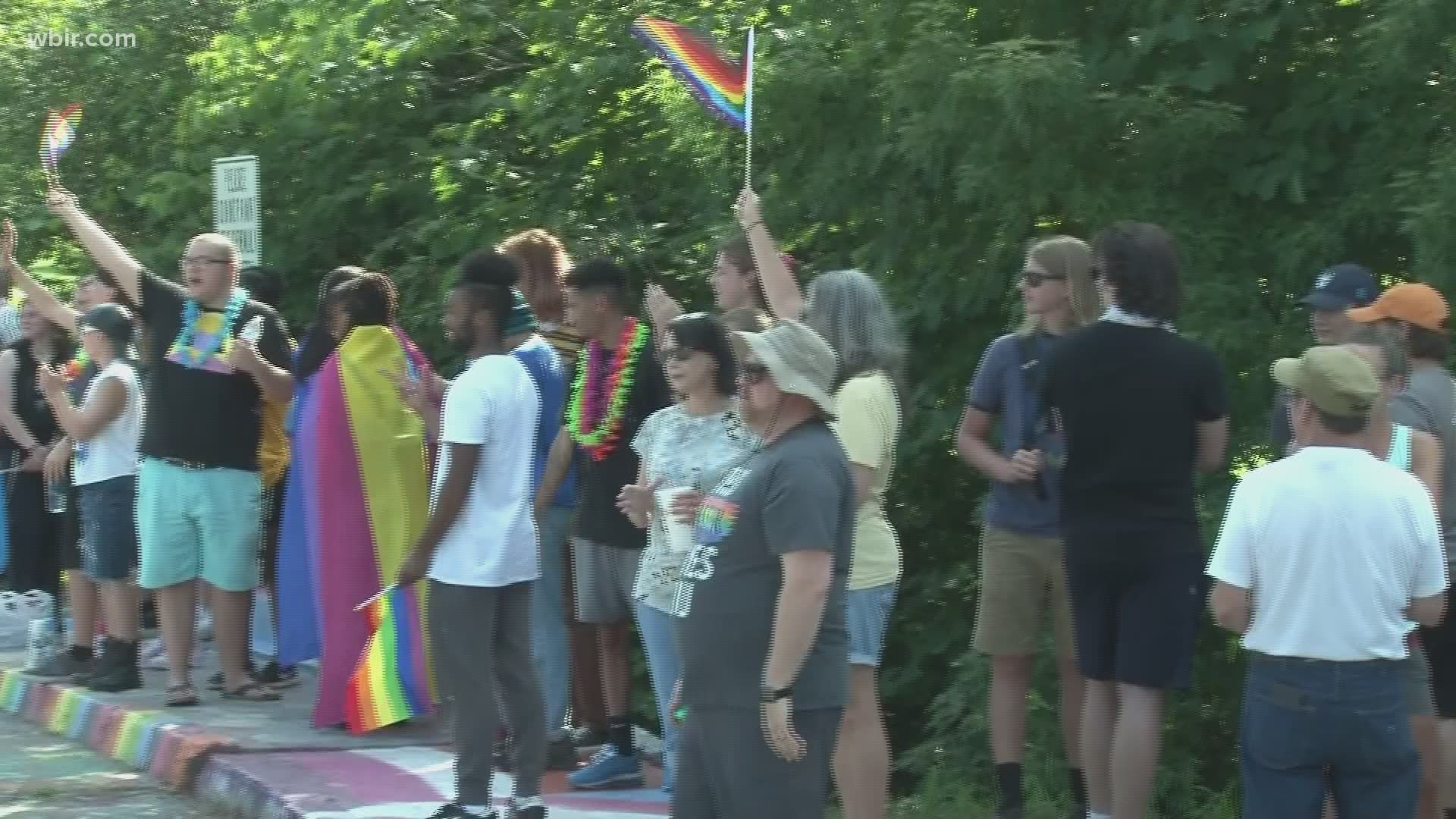 ALCOA, Tenn. — People across East Tennessee gathered in Alcoa on Sunday to celebrate Pride Month in the aftermath of a video shared widely online of a woman going on a hateful tirade directed at two teens.

The teens were painting Pride art on a popular bridge where the city allows people to express themselves freely through art. In the video, the woman approaches the teens and insults them over their Pride flags.

The rant included homophobic and racist language as she painted over the teen's art.

After the teens repainted it, it was painted over again with slurs. The city painted over the slurs with gray paint, asking people to avoid painting the street and sidewalk near the bridge in the future.

Many people online shared support for the teens, and some showed up for another rally on Sunday at 5 p.m. with rainbow-colored flags in hand, showing support for LGBTQ+ youth.

"We're just trying to spread love and positivity. We're letting other people know that they're not alone and we're not giving up," said Jasmine Martinez, one of the teens who painted the first Pride art.

Around 50 people from across East Tennesee showed up to paint the bridge and celebrate Pride Month. An attendee also brought a truck for participants to spray paint and express themselves as well. The Blount County "Showing Up for Racial Justice" group, Appalachian OUTreach and many others participated too.

They all gathered to remind the two teens and any other LGBTQ+ youth in East Tennesee that they are loved and supported.

"It's been stressful, but we've had so much support and at the end of the day just knowing so many people support us makes it all worth it," said Martinez.

However, organizers said they faced hate online after the video went viral.

"For every three good comments we get, there's a really bad one and it's kind of put us back a little bit," said Abi Lucas, an attendee.

Despite what some people may say, they are refusing to let hate stop them from spreading their message.

"We're not focused on the haters," said Lucas. "The haters have kind of been like are motivation in all this to keep going."

Organizers said they leaned on support from community organizations from the first day to stay positive and make sure they are not silenced.

"The story really is not about us. The story is about the young people that are here. Something like this shouldn't have to happen for them to know that they are supported," said Nina Gregg, a member of Blount County SURJ.

The teens also organized a fundraiser to display a Pride billboard in an effort to show support to other LGBTQ+ youth. However, the fundraiser was removed from Facebook after administrators said it violated their standards.

More information about the specific standards it violated was not immediately available. Organizers said they were working with other organizations to bring the fundraiser back online.

"Of course you can be mad. You can be angry. You can be scared about it, but the best thing you can do is get out and put more action into it and let them know you're not going to back down," said Lucas.